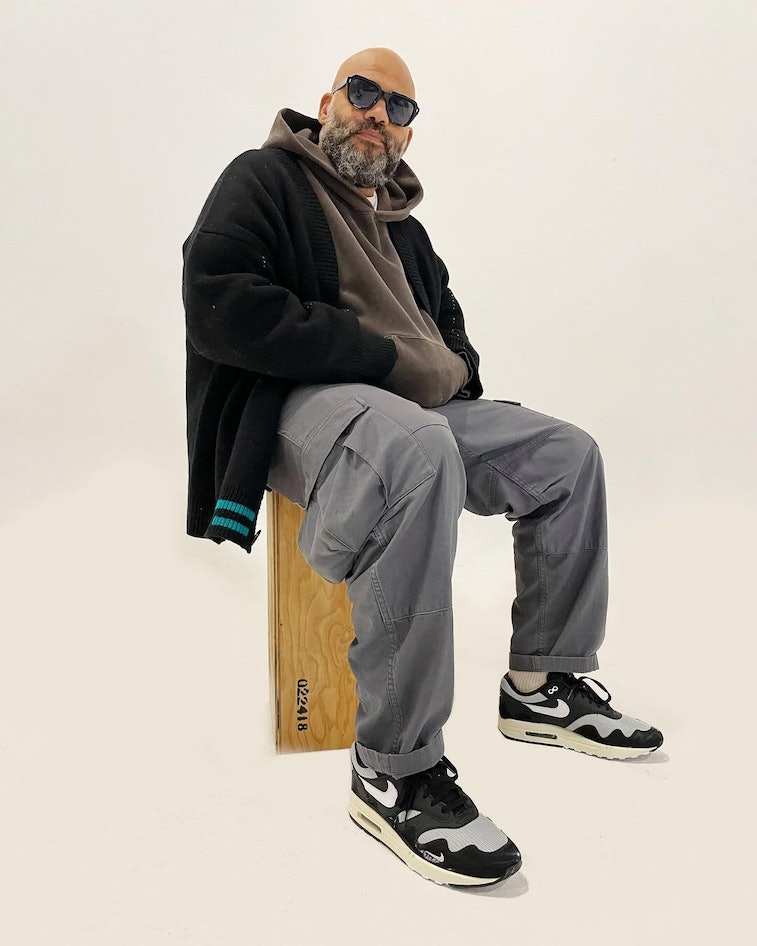 Nike and Patta can’t get enough of the Air Max 1. Patta has been quietly gaining traction in the U.S., thanks to collaborations with New Balance and Vans over the past year. Now, the Dutch brand is charging full force with four presentations of the Nike Air Max 1 in a collection titled “The Wave,” including a black-and-white version we hadn’t seen until now.

This isn’t the first time Nike and Patta have creatively crossed paths. The genesis of their partnership dates back to 2008 when the two presented a remix of the Air Max 1. “The Wave” is their seventh collaboration and the fifth reinvention of the classic Nike silhouette, ahead of its 35th anniversary in 2022.

Patta patter — As a Black-owned, independent, Amsterdam-based business, Patta has fully managed to hold its own over its 17-year career. Perhaps the decade-plus partnership has allowed Patta to have more experimental power with Nike. Nonetheless, Nike’s recent willingness to allow collaborators to explore creative freedom could also be a catalyst in the Air Max 1 being the collection’s shoe-of-choice.

Riding the wave — Available in “Monarch,” “Aqua Noise,” “Night Maroon,” and “Black” colorways, each revamps the Nike classic. The fourth and final iteration was unveiled courtesy of Chris Union, the founder of the iconic streetwear brand Union Los Angeles. Though the original Air Max 1 claims a collinear, cohesive makeup, the new offering keeps things loose with a wavy mudguard, its detail de resistance.

The uppers are given a leather and nylon treatment with an embroidered baby Swoosh on the mudguard and its full-size counterpart sitting comfortably on the quarter. Patta also serves branding on the tongue and sock liner through its script logo. Each pair comes safely packaged in a collector’s box, complete with a silver-plated charm bracelet to embrace Patta’s Surinamese heritage.

The sneakers also sit parallel to apparel, a capsule that currently includes T-shirts, a matching tracksuit, and branded socks. As each sneaker colorway comes into fruition, it can be expected that Patta and Nike have more pieces under their sleeve.

The Films — Alongside the sneaker iterations, Patta and Nike debuted a four-chapter film series commemorating the philosophy behind “The Wave.” Each chapter is chronologically named “Waves Not Cycles,” “Loud & Clear,” and “Forward,” with Chapter Four still unreleased.

Directed by Mahaneela and produced by Steve McQueen’s production house Lammas Park, each episode envelops different elements of Patta’s ethos and community values. Freedom, creativity, and honesty are pillars throughout the short films, following the protagonists through the landscapes of music, fashion, and athletics.

Chapters One, Two, and Three of the Nike x Patta collection are available now. It’s still unclear whether Chapter Four’s Black colorway will be exclusive to Patta’s store or if it’ll see a wider release.