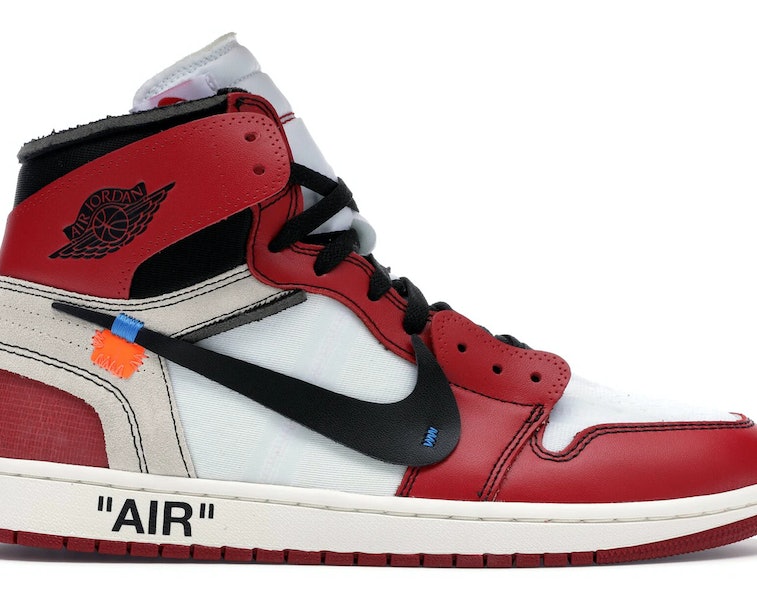 Virgil Abloh’s sudden passing Sunday has sent shockwaves through culture, with the spheres of high fashion, streetwear, sneakers, music and more reeling from the loss of one of our generation’s most prolific and influential creatives. While luminaries and adherents of the many fields Abloh has touched have spent the past day in mourning and sharing stories of just how much he meant to them, a small crowd of cynical and predatory resellers almost immediately began cashing in oh his death.

On resale platforms such as StockX and GOAT, prices have risen staggeringly for Abloh’s sold-out collaborative sneakers released across previous years. Several pairs of the Off-White x Air Jordan 1 “Chicago,” widely considered the crown jewel of Abloh’s designs, sold for more than $10,000 on StockX in the hours after the announcement of Virgil’s passing — nearly doubling prices from the day prior, when the same shoe could be had for around $5,000. On eBay, the rise was slightly more modest, with $8,500 being the highest figure hit thus far.

This gross effect can be seen across the board for Abloh’s sneakers, including the Air Jordan 2 that just released earlier in November. Pairs had been selling in the range of $600 to $700 as recently as Saturday, only to shoot up as high as $1,600 on StockX in the past 18 hours. (GOAT only allows users to see what prices sellers are asking for, unlike StockX and eBay, which list previous sales).

We saw the same thing happen with Kobe — Unfortunately, there’s already a precedent for price hikes in sneakers when an influential figure from the space has passed. Several of Kobe Bryant’s Nike sneakers skyrocketed on resale platforms following his death in January 2020, including a more than five-fold increase for his original Grinch-themed Kobe 6.

At the time, StockX declined to halt sales of Kobe sneakers but announced it would donate all of its proceeds from related sales over the period of a week to the Kobe and Vanessa Bryant Family Foundation. Stadium Goods CEO John McPheters told employees internally that the company would no longer accept new stock of Kobe products “for the time being,” according to BoF, while similar platforms declined to announce any measures.

Because sellers can remain anonymous throughout these platforms, criticism of the individuals seeking to profit off of Kobe’s and now Abloh’s death remains conceptual. However, the very platforms being used to facilitate such sales also enjoy a slice of the sales and are a more concrete focal point for derision. The sneaker market may be savvy, but however smart a sale may seem from a business perspective just feels gross when not even 24 hours have elapsed since we learned of Abloh’s passing.

Input has reached out to StockX, GOAT, and eBay for comment and will update if they provide.