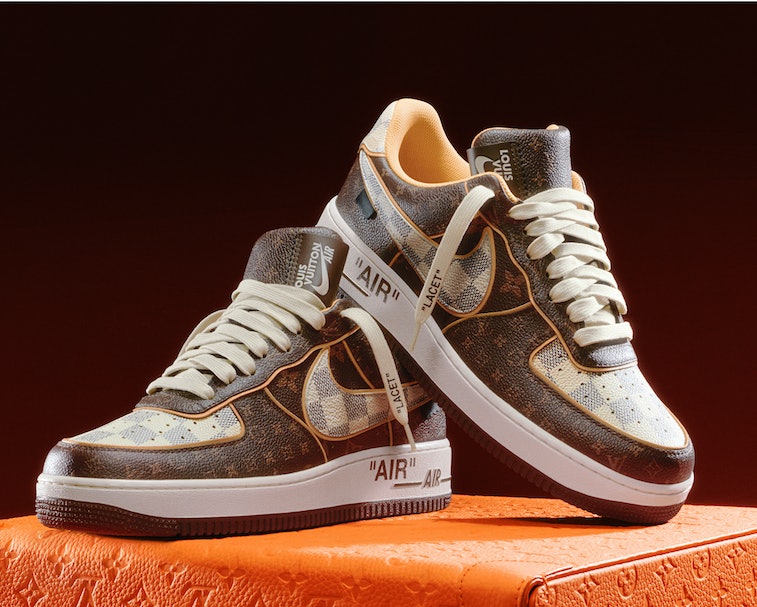 Louis Vuitton’s Nike Air Force 1, likely one of the last sneakers designed by Virgil Abloh, has been confirmed with its first official release details.

200 pairs of the luxury sneaker will go up for auction through Sotheby’s, with all proceeds going to the Virgil Abloh “Post Modern” Scholarship Fund. The auction will go down prior to a more typical commercial release, and each pair will come with a co-branded orange sneaker trunk that’s exclusive to the auction.

Bidding for each sneaker will begin at $2,000 as the auction runs from January 26 through February 8. According to a report from Women’s Wear Daily, Abloh had already been involved in planning for the auction prior to his passing in November.

Similar to Dior’s Air Jordan 1, the Louis Vuitton Air Force 1 is constructed out of more premium materials than are usually used for the sneaker. A calf leather upper combines the luxury house’s signature Monogram and Damier patterns, while piping is made out of natural piping. A Co-branded tag then appears off-center on the tongue, while Abloh’s signature “Air” motif is printed above the same word as its usually raised on the sneaker’s midsole.

The sneaker and auction exclusive trunk, which comes in Nike orange with an debossed LV monogram, were first unveiled last summer as part of Louis Vuitton’s Spring 2022 Paris Fashion Week show. Seeded pairs have begun making their way out to friends and influencers, including Abloh’s close friend and barber Ibn Jasper.

Sizes for the auction will run from men’s 5 to 18, and release details for the 46 other color variants should be soon to come.