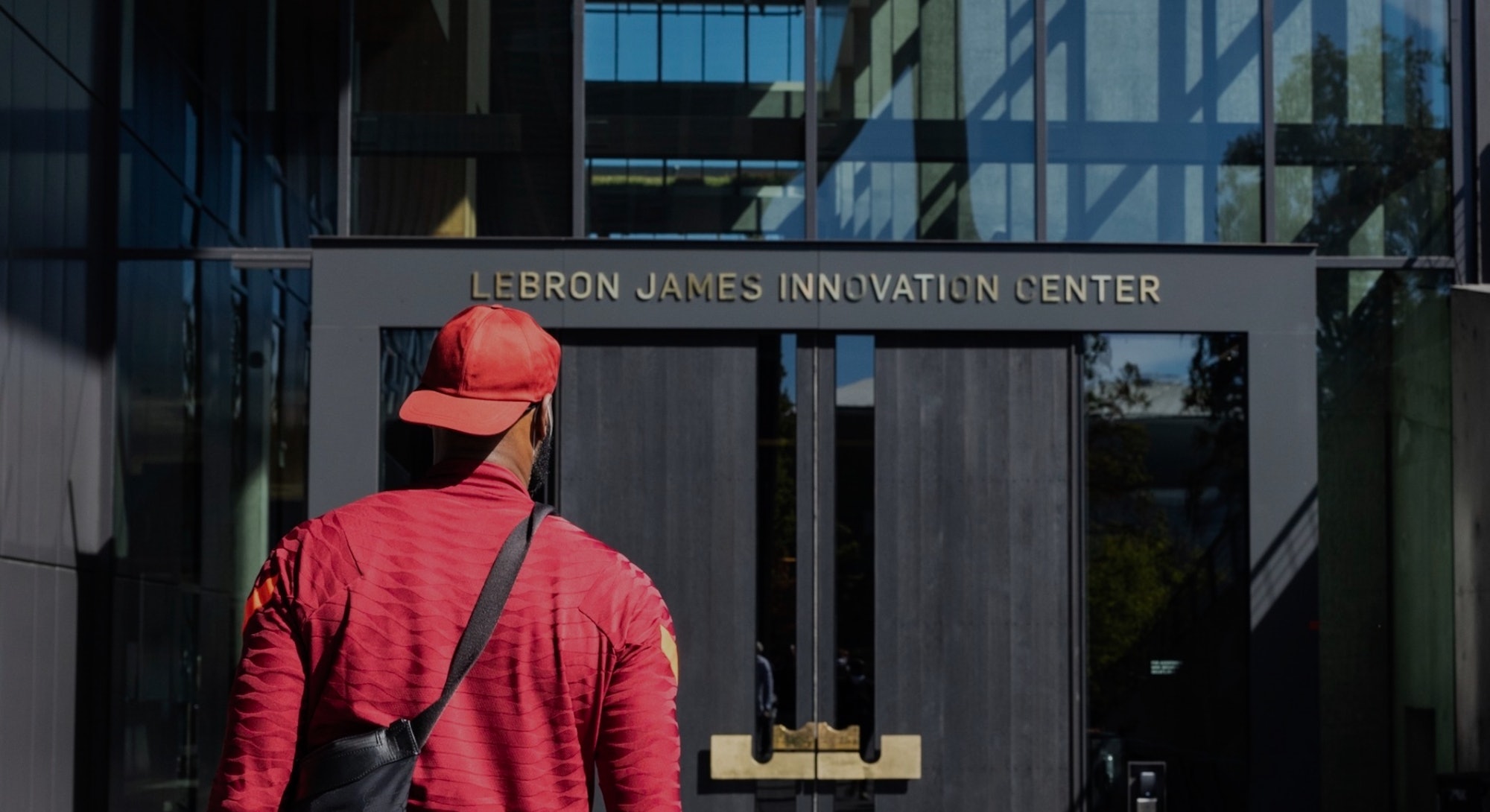 LeBron James may not have gone to college, but his name now adorns a building where some of the world’s leading scientists will study physiology, biology, and psychology all in the name of sports.

Today, Nike officially opens the LeBron James Innovation Center, a facility with more than 750,000 square feet dedicated to pushing forward the company’s understanding of athletes and how to best support them. Inside the latest addition to Nike’s Beaverton campus is the world’s largest motion-capture installation with more than 400 cameras; 97 force panels spread across a track, turf playing field, and full-size NBA basketball court; and 825 additional pieces testing equipment.

This staggering assemblage of technology belongs to the Nike Sport Research Lab (NSRL), which has seen its space increase five-fold in its move to the new building. The lab’s origins date back to 1980 with a tin shack in Exeter, New Hampshire. A treadmill and two cameras were all the team had to work with then, but over the years the lab has grown and seen its findings inform some of Nike’s most innovative products. Now, the NSRL boasts 84,000 square feet of dedicated space to work with as it continues to push forward in its understanding of athletes.

“If we were to build this facility in the woods, we would still be the world’s most preeminent sports science center on the planet,” Matt Nurse, Nike’s vice president of innovation, told Input. “But what makes us exceptional is we are surrounded by the world’s best designers and creatives. There’s always a healthy tension and pushing of art and science, and when they come together is when the magic happens.

The LeBron James Innovation Center sits on campus near buildings named after Serena Williams and Mike Krzyzewski. Putting someone’s name on a building is perhaps the greatest honor Nike bestows upon sports figures, and for James it marks a high in a nearly 20-year-old relationship with the brand. Fresh out of high school, an 18-year-old James signed a seven-year $90 million contract with Nike before he was even drafted into the NBA. Now going into his 19th season in the NBA, James has had just as many signature shoes and is under a lifetime contract worth more than $1 billion.

“I’m always trying to figure out ways I can continue to innovate and continue to break the timeline of what they say is your prime.”

“Over the course of my career and my time here at Nike, for all of this to come together is surreal,” James said in a press release. “Sometimes it doesn’t make sense to me, but I’m definitely honored. Having my name on the Innovation building feels very fitting because I’m always trying to figure out ways I can continue to innovate and continue to break the timeline of what they say is your prime.”

Appropriately, James’ building houses what Nike is calling the most sophisticated basketball court in the world. Sensors underneath the floor can measure the force from a player’s every step, while motion capture can track not just a single player at work but the movements in an entire game. James was able to see the facility for the first time just two weeks prior to its official unveiling, and Nurse jokes that one of the benefits (or drawbacks) of today’s COVID precautions is that masks hide agape mouths when people first take in the space.

Nurse has been at Nike for the entirety of James career and points to what some would consider an unremarkable turnover as one of the highlights of their working relationship. During the 2009-2010 NBA season, James wore his first sneaker to feature a full-length, visible Air Max unit. Nurse was watching a game that season when he noticed James slide on the court. Immediately, Nurse began wondering why that had happened and what he could do to prevent it. Within five minutes he says he was on the phone with the person responsible for the Air Max unit, and that night’s conversation would eventually lead to breakthroughs in sneaker traction.

“We’re trying to make products, help people learn about themselves, and maybe change their movement patterns in a way that allows them to be better.”

“If somebody slips, it’s almost offensive to us,” Nurse says. “We don’t turn off. We’re trying to make products, help people learn about themselves, and maybe change their movement patterns in a way that allows them to be better. If you’re slipping, you’ve fallen behind. If you’re not jumping as high as you could or should be, or if you’re landing funny, we obsess over those things.”

Because the NSRL is not in the middle of the woods but in a building that sees biomechanic researchers and computational designers in the same space, Nike will be able to use the new facility to churn out prototypes in under an hour. Those prototypes can then be tested on the NSRL’s running surfaces, turf field, or basketball court immediately to inform subsequent adjustments as part of a rapid and harmonic process of development.

Put simply, the NSRL has more space and tools than ever. The team will use the new facility to learn more about athletes both professional and casual — as Nike likes to say, “if you have a body, you’re an athlete — while those athletes can also learn more about themselves. Nurse specifically points to fatigue as an area he’s excited to research further, as the NSRL will be able to monitor, say, a runner several miles in or a basketball player who’s already logged dozens of minutes.

While Nike caters to supreme athletes such as James, its core mission is to ultimately cater to the person whose every movement isn’t such a spectacle. “Most of us, you know, just want that run not to suck as bad as it did the day before,” Nurse says. “Most of us get tired after a mile. Most of us run just two miles at a time. We can have you do that in this space and understand more than just those movement’s effects, but also their effects over time.”

With another NBA season set to begin this month, fans and pundits will inevitably recycle speculation as to how much longer James will continue to play. There could be just a few more years for James to cap off his legacy, but the building that now bears his name will continue to resonate across the world of sports for many more to come.