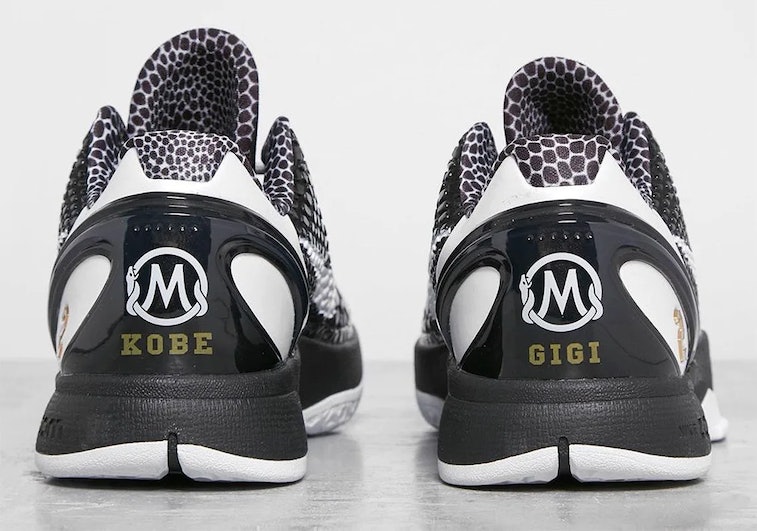 After images of an unreleased Nike Kobe 6 Protro “Mambacita” sneaker circulated the internet, Kobe Bryant’s widow Vanessa took to Instagram to speak out against the shoes, saying she never approved their production. Still, the footwear had made its way into the hands of resellers, who proceeded to list the shoes on sites like eBay and StockX.

Pairs were listed for nearly $7,000 online, but after Vanessa said she hadn’t planned to sell the sneakers, both eBay and StockX removed all existing listings for the Nike Kobe 6 Protro “Mambacita.” Perhaps prompted by public backlash, or simply out of respect for the Bryant estate, other reselling platforms like GOAT and Flight Club have followed suit and wiped the shoe from their sites — although it should be noted that the “Mambacita” sneaker was never actually listed as for sale on either marketplace and only appeared on product pages.

No more Kobe kicks — Nike has yet to officially confirm a release for the shoe, but we doubt the sneaker will ever drop. Earlier this spring, the estate of Kobe Bryant allowed his contract with Nike to expire and ended a partnership that had dated back to 2003. Vanessa Bryant said a lifelong contract was still on the table after the basketball legend’s passing — but sources told ESPN that Nike had presented Bryant’s estate with an extension offer that was not in line with the “lifelong” deals given to Michael Jordan and LeBron James. And if Vanessa was dissatisfied with Nike before, she has even more reason to be upset now.

"I wanted [the Nike Kobe 6 Protro “Mambacita” sneaker] to be sold to honor my daughter with ALL of the proceeds benefiting our Mamba Mambacita Sports Foundation, but I did not resign the Nike contract and decided not to sell these shoes,” Vanessa said on Instagram after images of the unreleased sneaker leaked. “The Mambacita shoes were not approved to be made in the first place. Nike has not sent any of these pairs to me and my girls. I do not know how someone else has their hands on shoes I designed in honor of my daughter Gigi and we don't. I hope these shoes did not get sold.”

Nike’s really stepped in it — Not only is this a major slap in the face to Vanessa — who had to find out about the commemorative shoe’s production on social media — but it’s not a good look for Nike. The company has yet to comment on the sneakers and explain why they were approved to be made and distributed.

At least reselling sites have supported the Kobe estate (after a few sales were made, no doubt). For now, we hope there aren’t any remaining pairs of the “Mambacita” sneaker on the internet — because the truth is, removing the shoes from reselling sites only makes them more rare and valuable to those looking to own something exclusive.