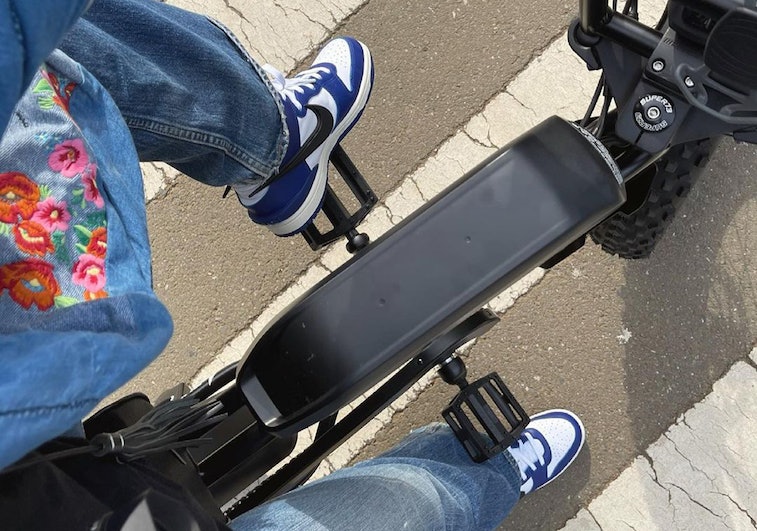 After dropping what might be Nike’s brightest Dunk ever, Yoon Anh has shared photos of two more upcoming Ambush x Nike Dunk Highs. In January, the designer took to Instagram to share a “Chicago”- inspired makeup, and now, Anh has given us a peek at a new “Deep Royal Blue” alternate.

Yoon Ahn previously shattered sneakerhead’s hopes when she unveiled the Ambush x Nike Dunk High “Chicago,” which as she revealed in the caption would not be for sale to the public. Her latest design, on the other hand, is rumored to release this year — along with equally hyped Travis Scott x Fragment Design Jordan 1s, which boast a very similar makeup. Both sport their respective enlarged Swooshes, with Scott’s turned backwards, and uppers featuring a mix of white and blue. No matter which look you prefer, though, each sneaker will prove difficult to obtain.

A new take on the old — Relative to the two models that came before it, Ahn’s latest design remixes the Dunk High silhouette ever so slightly. Donning a rubber Swoosh that extends off the heel of the shoe, an added rubber heel counter, and a tapered collar, the sneaker has been revamped to reflect Ahn’s multidimensional point of view.

To channel movement within the shoe’s design, Anh used Japanese bike, car, and truck culture as inspiration, lengthening the Swoosh to imitate tailpipes. On her newest model, blue overlays take over from toe to heel, while the Swoosh remains black to continue the auto theme.

The leather base of the shoe, as well as its laces and midsole, keep it neutral in a white hue. Ahn’s images also show off the blue outsole of the sneaker as she sits on a bike and rides around in the coveted design.

A drop could come out of the blue — Of course, the highly anticipated makeup doesn’t have a confirmed release date yet — but it’s important to note that this time around, Anh didn’t mention the shoes weren’t for sale. Instead, she seemingly promoted them, taking care to tag her photo with #nike, #dunk, and #dunkhigh.

With the designer already building hype on Instagram, it’s suspected the silhouette will drop before the end of the year. After all, when Anh first teased her black and white Dunk Highs in February of 2020, an official release came just before the holiday season. Let’s hope Anh will gift us with a similar offering before 2021 ends.