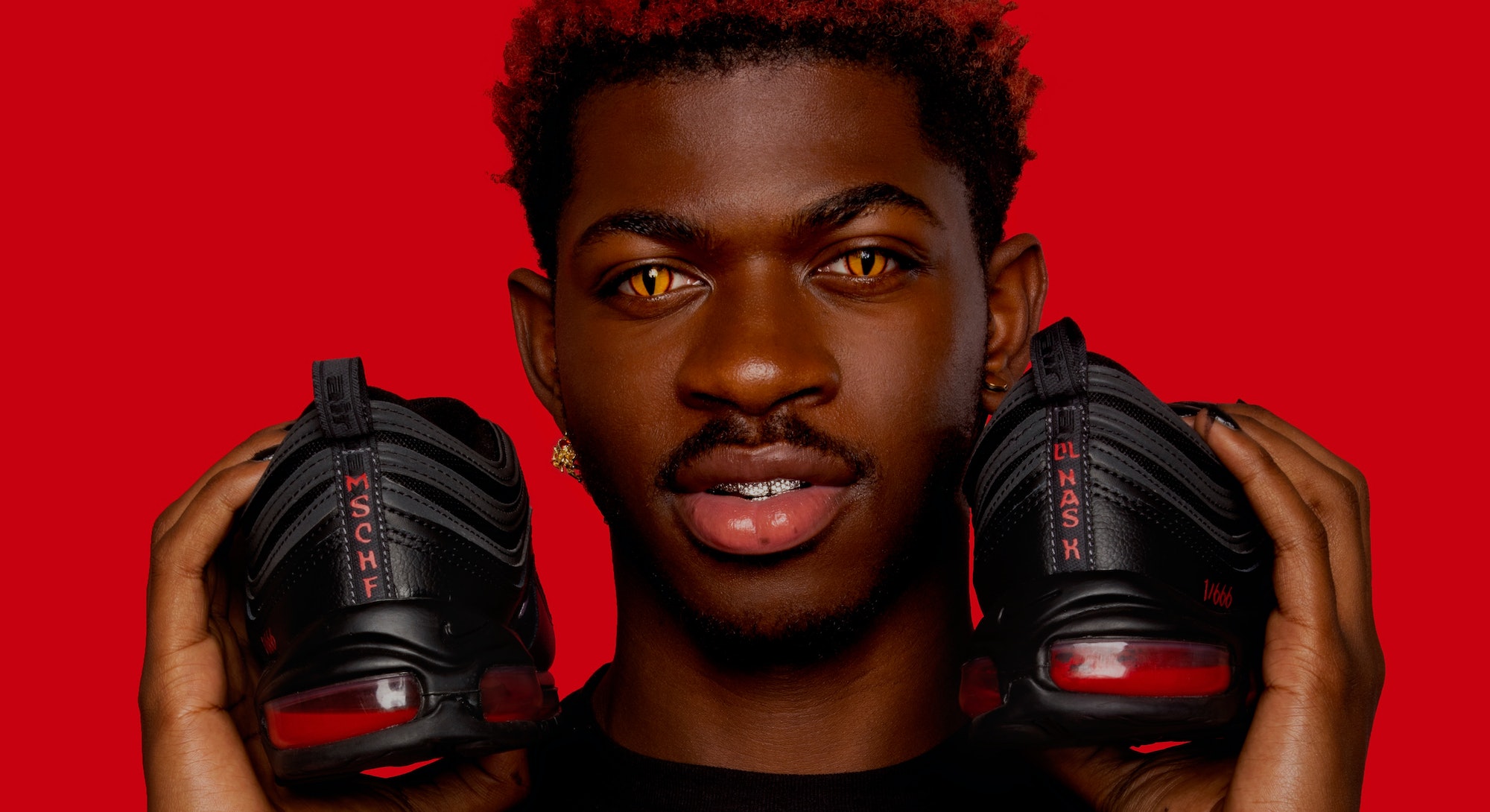 Over the past year, two small, independent sneaker designers have discovered what happens when you fly too close to the supergiant star that is Nike.

Just last week, Nike reached a settlement with MSCHF over the custom Lil Nas X “Satan” Air Max 97s that caused an uproar among conservatives. Under the agreement, the Brooklyn-based art and design collective must offer to buy back the Satan shoes, as well as the “Jesus” shoes that it released last year. No further details from the settlement have been revealed, and a lawyer for MSCHF said the brand “had already achieved its artistic purpose” by commenting on “the absurdity of the collaboration culture practiced by some brands and about the perniciousness of intolerance.”

While the Satan shoe controversy was wrapped up fairly quickly, Nike engaged in a much longer legal battle with Warren Lotas beginning last year. The independent sneaker designer released several recreations of famous Dunk sneakers before drawing the ire of Nike. His products were near carbon copies of original releases, a mere Jason Voorhees mask on the Swoosh separating them. Both parties reached a settlement after three months stipulating that Lotas could never make what Nike referred to as “illegal fakes” again.

But what about when Nike is on the opposite side of “inspiration?” The USPS has cried foul over a pair of planned Postal Service-inspired Air Force 1s and pointed out the hypocrisy of Nike’s aggressive legal actions while it itself pulls motifs from other intellectual property holders without authorization. “This is an unfortunate situation where a brand as large as Nike, which aggressively protects its own intellectual property, has chosen to leverage another brand for its own gain,” the USPS said in a statement.

A lawsuit could be coming, as the USPS also said it will take “whatever actions it deems necessary to protect its valuable IP.” Seeing Nike on the other end of a legal battle could come as a surprise to many, but this isn’t the first time it's waded in the creativity of others. In the original heydays of the SB Dunk, several models were pulled from release because of possible infringement. Sneaker coverage wasn’t as robust then as it is today, and the very nature of private settlements that may or may not have been reached preclude us from knowing exactly what went down. But in looking back on the offending shoes, there is still insight to be gained.

The two most famous sneakers Nike never released are the “Heineken” and “Freddy Krueger” SB Dunks, both of which were unauthorized. In 2003, pairs of the Dunk with Heineken’s colors and trademark star made it all the way to shelves before the beer company intervened with a cease and desist letter. Because the market for sneakers was much more tame, many pairs went unsold before Nike pulled them. Those that did purchase unwittingly ended up with one of the rarest and sought-after sneakers Nike has ever made.

According to Julie Zerbo, founder of The Fashion Law, withdrawing the shoes from the market may only be a quarter of the story. “Pulling the product is an easy way to make the issue go away compared to litigation,” she told Input. “But I’d be hesitant to say whether that’s the only action that’s going on in some of these cases.” Additional settlement terms made behind the scenes are a strong possibility, Zerbo said, including a binding agreement similar to the Lotas case, in which Nike would have agreed not to infringe upon Heineken’s marks again.

The “Freddy Krueger” Dunk, which riffed on the villain’s sweater and added blood splatter, too was nixed in 2017— before it went on sale but not before a few enterprising sneakerheads got their hands on scattered pairs.

New Line Cinema’s cease and desist arrived ahead of the release date but after stockists had already received delivery. Nike ordered the shoes returned in order to be destroyed, but it’s believed some stores sold a few anyway and warehouse workers made away with some as well. Pairs that did survive now sell for nearly $30,000 brand new on resale platforms like StockX. Thus, the “Freddy Krueger” Dunk is even rarer than the “Heineken”, and an Air Max 97 released last year and toned down to avoid infringement failed to recreate the magic of the original horror sneaker.

Unauthorized Cheech and Chong-inspired Dunks followed the same pattern of last-minute cancellation in 2011, and a collaboration with the skate shop Black Sheep that invoked bootleg Gucci coats worn by Eric B and Rakim on the Paid in Full album cover and made by Dapper Dan was also nixed. It’s unclear if either the Italian luxury house, the rappers, their record label, or the famed designer made a complaint — but all four may have been within their rights to do so.

While acknowledging that taking on a corporation as vast and resourceful as Nike in court is a daunting proposition, Zerbo says it’s hard to judge whether the cases where it was Nike allegedly infringing would have been easier or more difficult to prove in front of a judge than the reverse phenomenon. USPS, however, backed by the United States government, may have the resources to take further action against Nike than we’re used to seeing. Nike didn’t respond to Input’s request for comment about USPS’ claims, but we’ll update this story if a statement is made.

As far as the efficacy of its claims of infringement, the USPS does have a host of trademark registrations for the dress of its packaging. If a case is filed and goes all the way to court, a judge would have to decide if Nike’s riff on the Postal Service is enough to create confusion in the marketplace. Nike could also claim a defense of “parody,” but that requires a coherent argument and is not the catch-all that it might seem like.

“It’s difficult for me to generalize [on cases] because the tests and factors for determining instances of infringement can vary quite a bit from one to another,” Zerbo said. “I personally am not sure if the USPS has a strong (hypothetical) infringement case, but again that would depend on the outcome of a likelihood of confusion analysis.”