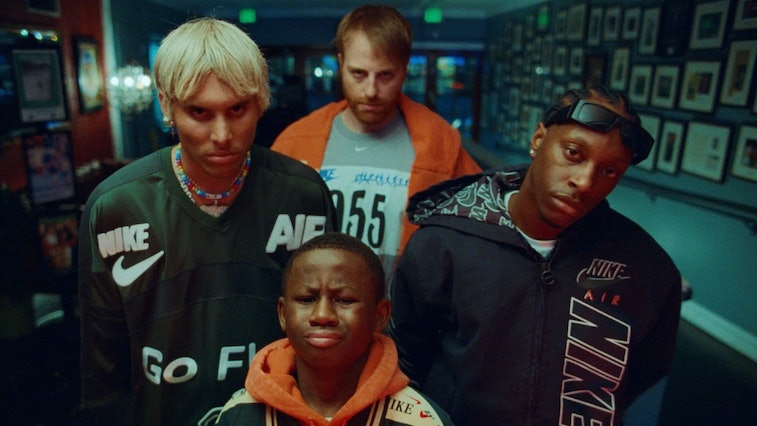 Nike’s latest collaboration with Cactus Plant Flea Market featured puff print details, retro jerseys, and an “Air Sunshine” windbreaker — all of which sold out in mere minutes. Now, the pieces are listed on resale sites for up to $500, forcing those that missed out on the drop to cough up their cash or spend their summer sans the coveted sportswear. Nike is giving consumers a second chance to cop the collection through SNKRS. And as much as you may not be the biggest fan of the app, we’re glad to be getting another opportunity to score some Cactus Plant Flea Market.

The collaborative capsule was first unveiled in a short film posted on CPFM’s website and Instagram, with pieces from the collection modeled by Bloody Osiris, Cian Moore, RAYSCORRUPTEDMIND, and more. But as the announcement debuted a day before the apparel’s release, many consumers were caught off guard and couldn’t catch the initial drop, dubbed “Go Flea,” on CPFM’s site. Nike’s follow-up release will give people a second chance at scoring — given the pieces aren’t subjected to a lottery-based draw on SNKRS.

A retro re-release — Cactus Plant Flea Market and Nike created apparel based on “timeless” sportswear looks, though the collection looks straight out of the ‘90s. With huge branding and puff print lettering, the pieces are a throwback to early athleisure looks we’re now replicating in quarantine.

All apparel from the first drop will make a comeback, including a short-sleeve jersey for $150 and a long-sleeve jersey for $100. The first tee reads “Go Flea” in a large font, while the latter resembles a marathon shirt. Each boasts sizable Nike and Cactus Plant Flea Market branding.

A long-sleeved polo, arguably the most interesting piece in the collection, will retail again for $135. Bearing bold stripes and a repeating “Just Do It” pattern, the shirt perfectly mixes retro and logomania trends. Dropping alongside it is an orange shoebox hoodie for $250, an “Air Sunshine” workwear jacket for $400, and rave pants for $165. Straying from the capsule’s soccer and marathon themes, the rave pants resemble motorcycle bottoms, bringing an edge to whatever outfit they’re mixed in with.

Ready to redeem yourself? — Nike announced the collaborative collection would relaunch on SNKRS this week, giving consumers a little more time — but not much — to prepare for the upcoming drop. Releasing on April 8 at 10 a.m. ET, pieces will sell out quickly, so make sure to browse the apparel to figure out what you’ll (hopefully) be copping.