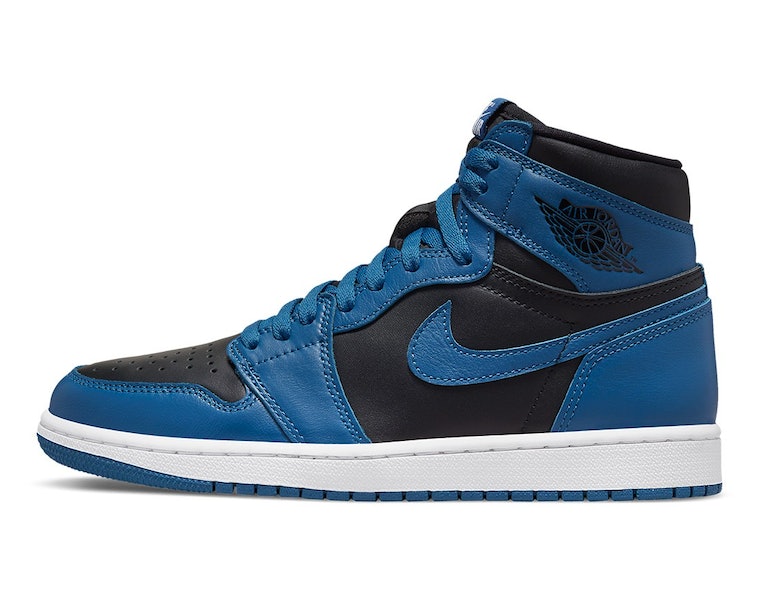 The black Air Jordan 1 “Royal” is one of the most coveted color variants for the seminal sneaker, and next month will bring a new version that’s a dead ringer for it.

A slightly more faded Air Jordan 1 High “Dark Marina Blue” is slated to release in February as a new but familiar take on the beginning of the Jordan franchise. The arrangement of black and blue on the upper is nearly identical to the Royal 1s with the exception of a blue eyelet and tip panel. Also carrying over is the same white midsole and a Dark Marina Blue outsole.

For those that missed out on the last time the Royal 1s released in 2017, the Dark Marina Blues will bring the opportunity to purchase nearly the same sneaker. The new makeup is also clean enough to add to the collection of completionists, proof that Jordan Brand doesn’t need to go all out to make new versions of the signature shoes appealing.

One of the best AJ1s Jordan never played in — Despite being one of the original color variants to release in 1985, Michael Jordan never wore the Air Jordan 1 “Royal” during an NBA game for the Chicago Bulls or even his late-career stint with the Washington Wizards, whose scheme the sneakers would have conformed to. Still, the sneaker was one of Jordan’s favorite — and he donned the Royal 1s along with a matching flight suit for one of the original Air Jordan posters.

The Royal makeup has been part of the Air Jordan 1’s legacy since, including in the ‘90s when re-issues were largely looked over and adopted by skaters. Pro skater Lance Mountain would later reference the sneaker for his mismatched, wear-away Nike SB Air Jordan 1s in 2014, and two years later the “Royals” were one of three variants that informed the Air Jordan 1 “Top Three.”

Given its unmissable similarities to the Royals, the Dark Marina Blues could very well become an instant classic. You’ll be able to pick them up through the SNKRS app and the usual outside retailers come February 16.