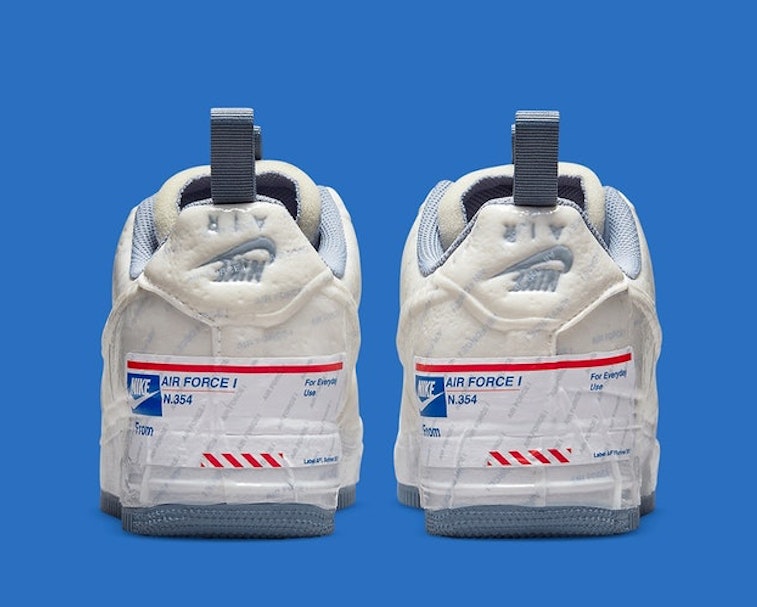 Nike can be quite hawkish when protecting what it perceives to be its own intellectual property rights, but what happens when the tables are reversed?

The United States Postal Service has issued a statement calling out the sneaker giant over an unreleased and unsanctioned USPS-themed Air Force 1. It takes a mere pair of eyes to see that the AF1 is based off of the USPS’s Priority Mail shipping boxes, and the Postal Service is taking care to note that it has nothing to do with the sneaker.

“The Postal Service, which receives no tax dollars for operating expenses and relies on the sale of postage, products, and services to fund its operations, protects its intellectual property,” the USPS said in a statement last week. “Officially licensed products sold in the marketplace expand the affinity for the Postal Service brand and provide incremental revenue through royalties that directly support it. Sales of unauthorized and unlicensed products deny support to the hardworking women and men of the Postal Service.”

Hypocrisy much? — The biggest story in sneakers over the past two weeks has been the custom devil-themed Nike Air Max 97 created by Lil Nas X and MSCHF. After many Christians cried foul and threatened to boycott Nike over the sneaker, despite it not being sanctioned by the company, the Swoosh filed a lawsuit claiming “trademark infringement and dilution, false designation of origin, and unfair competition.”

While the case is ongoing, Nike was awarded a temporary injunction against MSCHF that indefinitely prevents it from fulfilling orders placed for the shoes. A planned giveaway for the numbered “666” edition of the shoe was also canceled, with MSCHF telling Input it’s “honestly surprised” by the legal action taken against it.

It’s within this landscape that the USPS is calling out Nike for cognitive dissonance. “This is an unfortunate situation where a brand as large as Nike, which aggressively protects its own intellectual property, has chosen to leverage another brand for its own gain.”

The Postal Service went on to say that Nike hasn’t responded to any of its attempts at resolution and that it will take “whatever actions it deems necessary to protect its valuable IP.”

And you know, good for them. We’ve also seen the might of Nike take down Warren Lotas and his bootleg Dunk operation over the past year, but the company shouldn’t be beyond reproach when it takes “inspiration” from other parties. Longtime sneakerheads will remember the sagas of the “Heineken” and “Freddy Krueger” Dunks, both of which were reportedly pulled from release because of legal issues with the respective right holders.