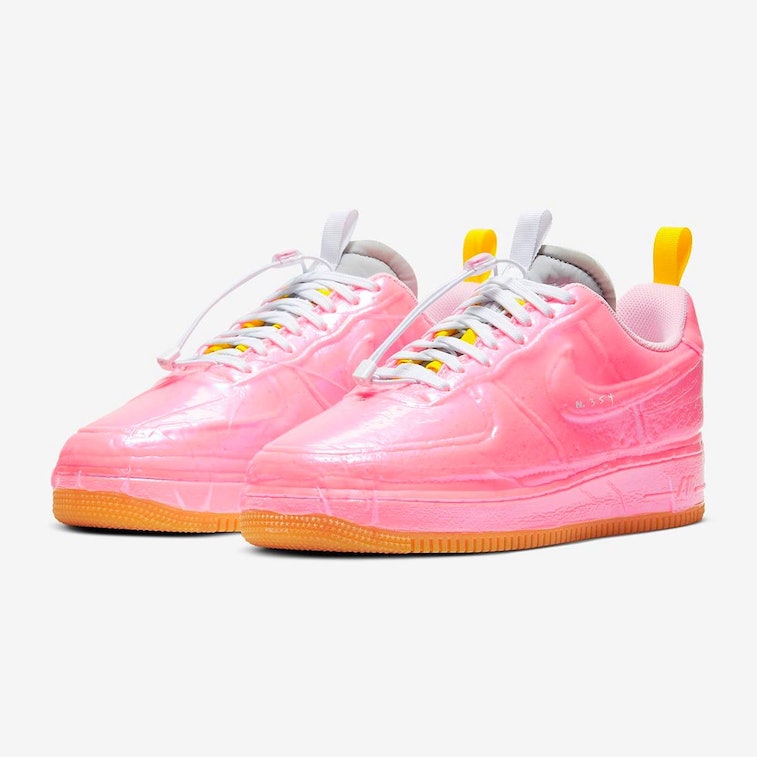 Nike’s newest redesign comes from its sub-label N.354, which created the Air Force 1 Experimental sneaker in a Frankensteinian manner. The shoe, conceptualized and made in a sports research laboratory, lives up to its name in that it looks like a wearable Ghostbusters experiment — or maybe the work of Hannibal Lecter. Complete with foam and volt sticker details, the freaky footwear is expected to drop soon. But will it sell out or scare consumers off?

In the past few years, Nike has morphed its Air Force 1 with different shades, textures, and even structural changes. Last December, the brand teamed up with Stüssy to remake the silhouette entirely out of hemp. But even outside of collaborations, the Swoosh has taken chances with the Air Force 1, making water-repellent and airbrushed versions of the sneaker. The Air Force 1 Experimental is simply the next step up.

Frankenfoot — After a cream version of the shoe leaked last year, sneakerheads marveled at its experimental one-piece foam uppers, molded to mimic the traditional paneling and overlays of the Air Force 1. To protect its inevitable deterioration, however, the shoe was fully shrink-wrapped in a translucent sheath. Now, the model has returned in an “Arctic Punch / Racer Pink” colorway, with a pink-tinted foam upper and pink, holographic plastic wrap. The shoe’s radiant color extends all the way down to the midsole, met by a gum outsole.

Only a few sections of the shoe interrupt its bright pink hue. White laces accent the unusual shoe, though they serve more as decoration thanks to an underlying tightening system that can be used via an external pull. A gray exposed foam tongue comes equipped with utilitarian pulls, matching a yellow pull on the heel. Yellow pulls can also be seen beneath the laces.

N.354 branding appears on the heel of the shoe, by way of a neon yellow “guarantee of quality” sticker. An additional label can be seen on the molded uppers, where ‘N.354’ has been printed on the lateral Swoosh. Official Nike branding appears on the top of the heel, just above the N.354 sticker, though the brand’s logo has been turned upside down.

Think pink — The Air Force 1 Experimental is certainly unique, which means its drop will either sell out immediately or consumers won’t be interested. So far, the reaction to the sneaker has been mixed, with Instagram commenters leaving as many heart-eye emojis under its picture as trash can emojis.

Whether you love the sneaker or secretly just want to feel how squishy it might be, you’ll get your chance to cop when it releases February 6 on Nike’s website. The Air Force 1 Experimental is expected to retail at $120 — keep in mind it is fresh from the lab. We wonder if its packaging will be just as monstrous.