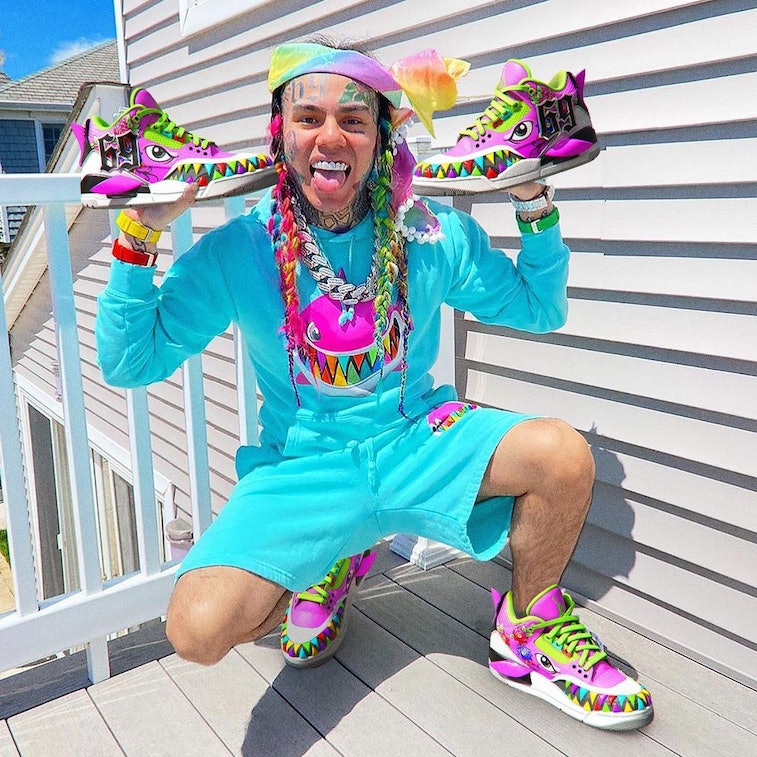 Acquiring covetable sneakers is already difficult enough because of intentional scarcity, bot-wielding resellers, and high-level nepotism — but what if there were virtual sneakers, too, that you couldn't own?

NFTs, short for non-fungible tokens, have come for the sneaker world through the virtual shoe brand RTFKT Studios. Its non-tangible sneakers are only available through blockchain-based auctions and are selling for prices that rival the rarest real-life sneakers.

On Saturday, RTFKT Studios released a collaborative capsule with the "crypto artist" Fewocious. The kicks sold out in just seven minutes, raising $3.1 million off of shoes you can't wear and that have no connection with the ones you'd kill to have in your hands.

This is only the beginning — Now, thanks to the trendiness of NFTS, there are more impossibly expensive sneakers on the market — and they can't even be worn. RTFKT Studios has said a lot of "big brands and celebs" have reached out to it for collaborations, which raises the prospect of digital versions of real-life shoes.

So let's imagine the next major Nike Dunk release, for example. You likely won't be able to buy it because countless others, including resellers more tech-savvy than you, are after it, too. RTFKT Studios could create an NFT for it, which could maybe serve as a sort of consolation prize. But a bunch of crypto dorks will swoop in to purchase and push the price well above what you would pay on the secondary market for the real thing. Your closet and your computer are devoid of any form of the Dunk you so desire.

RTFKT Studios is already teasing the inevitable outcome and has posted digital recreations of the Travis Scott Air Jordan 6 and user-submitted kicks including the "Grape" Air Jordan 5. Tekashi 6ix9ine also got knockoff Air Jordan 3s, and his involvement should tell you everything you need to know about the corniness of NFT sneakers.

Want to drop $10,000 on a virtual shoe? — Until Nike and other major sneaker brands decide they want a piece of the NFT market, you can try to buy original creations from RTFKT Studios. On its sold out webstore, you'll see prices that start at $1,500 for editions of 300 and run up to $10,000 a piece for more limited editions.

Some of the sneakers are clear knockoffs of classics, including an Air Jordan 1 with flames slated to release soon and the Fewocious kicks that bear a resemblance to the Air Force 1. The most expensive item of all isn't even a shoe, it's a Fewocious charm that sold for $88,000.

Leave it to the tech world to find a way to make the increasingly less fun sneaker game even more miserable.