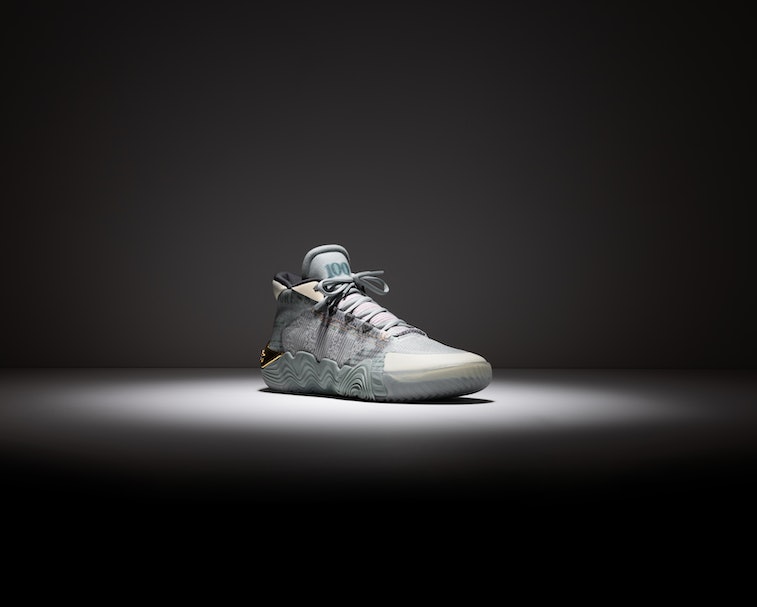 An injured ACL may temporarily be keeping Kawhi Leonard off the court, but it won’t stop the Los Angeles Clippers player from debuting fresh basketball sneakers. Leonard, who signed with New Balance in 2019, has prepped a follow-up to his KAWHI “New Money” shoe, aptly named the KAWHI II. Like its predecessor, the new sneaker bears a light green and gold color scheme inspired by stacks of cash.

“To release a second version of a signature shoe together with New Balance is an honor and a privilege,” Leonard said in a press release. “My goal was to be fully immersed in every aspect of the design process to create a shoe that truly reflects me as a person and as an athlete. From the new innovation in the KAWHI II to the inspiration behind the ‘New Money’ colorway, I hope the next generation of athletes strive for excellence on and off the court.”

Money moves only — Designed and inspired by the basketball player, the KAWHI II is a significantly lighter version of Leonard’s original signature shoe, which was a request made by the athlete himself. A full-length FuelCell midsole provides optimal energy return as a light-weight woven textile called FitWeave offers a lightweight, customizable stretch.

Off the court, the sneaker is as stylish as it is practical. A pastel green covers most of the shoe’s upper, with gold accents highlighting stitching near the eyelets and a New Balance-branded heel. Currency-inspired fonts, as well as a “100” graphic on the tongue, help cement the KAWHI II’s “New Money” theme.

A hoodie, tee, and pair of pants will arrive alongside the basketball sneaker. Curated by Clayton and Chris Griggs — the duo behind many of Leonard’s pre-game tunnel looks — the range of apparel is versatile enough to wear on an off the court.

More to come — With Leonard’s injury keeping him sidelined, the New Balance KAWHI II “New Money” will make its on-court debut via Jack Harlow, who was recently named as a New Balance ambassador. Harlow will don the sneaker at the Ruffles NBA All-Star Celebrity Game on February 18, while Kawhi himself will wear his namesake shoe during the NBA All-Star 75th Anniversary Ceremony on February 20.

Regular shoppers will have to wait for New Balance’s official launch of the KAWHI II, which won’t go down until March 19 at the brand’s website. The sneakers are set to retail at $160, with apparel spanning from $40 to $80 — but don’t sweat it if you miss out on the initial launch. More colors of the KAWHI II will arrive in the coming months, New Balance said in a statement, given further insight from Kawhi as a person, athlete and entrepreneur.