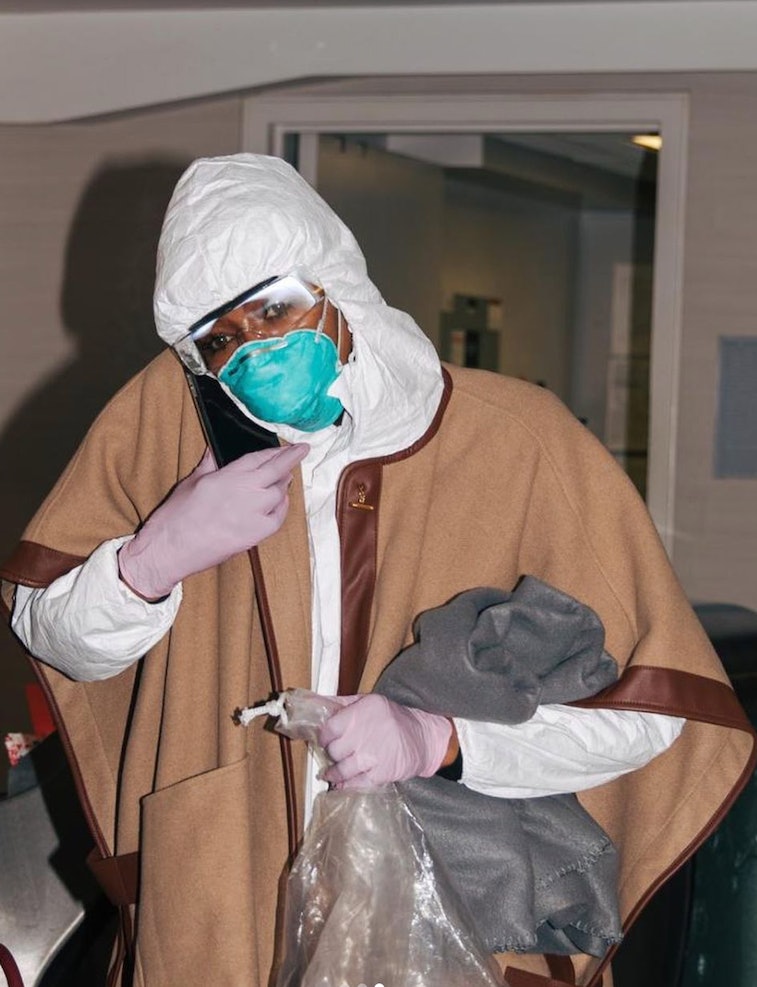 2020 is a year to go down in history. Between the pandemic, a brief mention of killer bees, and a questionable announcement that aliens are real, it’s hard to remember where this year started. But when COVID-19 became a “real threat” to the world in March, Naomi Campbell made headlines as she debuted a hazmat suit as travel wear. Now, the PPE will be immortalized as a 2020 relic in a fashion museum.

Originally, the suit came to fame because it seemed like an unnecessary precaution — it was just another celebrity going over the top. Now facing the deaths of over 300,000 Americans, we’re all soberly wishing for our own hazmat suit. Campbell’s museum display is reflectivity dystopian as it showcases how the country not only laughed at the pandemic, but downplayed it to a deadly fault.

From hazmat to artifact — As the United States is undeserving thanks to its response to the virus, the suit will be displayed at Bath’s Fashion Museum in England. It’s not clear yet whether the exhibit will show the used outfit from March or preferably, a clean one. Given the circumstances, will the actual suit have to be flown in its own hazmat suit?

“I was surprised,” Campbell said in a Wall Street Journal Magazine interview, recalling her reaction to the museum’s request. “I was like, ‘Really? Why would they want that?’ But that’s what they want.” It’s no sacrifice to the supermodel. Apparently, Campbell has an ongoing subscription to hazmat suits through Amazon so she’s always fresh and clean. “Linda Evangelista was very insightful and said [to] get them,” Campbell told WSJM. “There was one point where my subscription hadn’t come because they’d run out, and I panicked, even though I wasn’t going anywhere,” she explained. Just pandemic things.

The supermodel also detailed the backlash she received when she posted the OG photo on Instagram, as people accused her of stealing supplies from the hospitals. “They were acting like I was sneaking into Manhattan and going to the hospitals and stealing their supply. That’s how I felt when I was reading it. So I started answering back, saying: ‘I got it on Amazon! I bought it fair and square on the internet.’”

Pretty in PPE — For once, you too can afford something Naomi Campbell wears. The hazmat suit — supermodel approved — is available for just $15 on Amazon. Though wearing it won’t get you into a museum, it’ll keep you out of the hospital... most likely. Better safe and stylish than sorry.