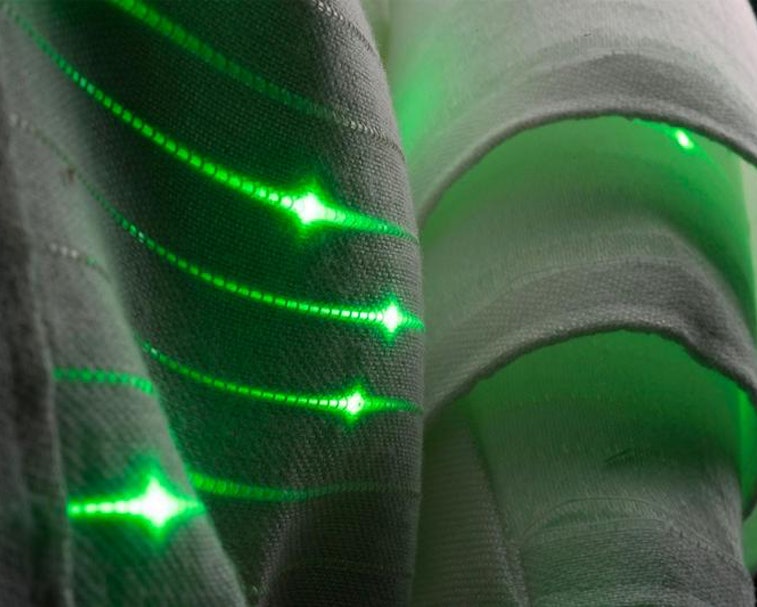 If working from home has royally messed with your posture, new clothing from MIT could help. Although not usually recognized for its fashion, the university’s CSAIL program has developed apparel that tracks your body’s movements with “tactile electronics” to predict posture and performance — great for athletes or those struggling to correct their slouch.

Smart wearable technology has come a long way since Fitbit and Apple Watch entered the game. Researchers from the National University of Singapore recently crafted a material that transforms sweat into power for wearable electronic devices, while Ikea unveiled the more accessible “Fältmal,” a two-in-one wearable quilt that transforms into a pillow. MIT seems to have blended these two ideas by making its electronic clothing, which the university claims is as comfortable as usual basics.

Works under pressure — The wearable technology can read your movements through a special type of fiber that senses pressure and turns that pressure into electrical signals. Made of a mix of traditional textile fibers — found in your daily sweats — alongside a small amount of custom-made pressure-sensing fibers, the machine-knit apparel can determine how you’re sitting or moving around.

So far, MIT researchers have created prototypes of smart socks, vests, gloves, and even a robot sleeve. The socks are able to determine if a person is squatting, lunging, walking, or walking down a flight of stairs. Alternatively, the smart vest could detect whether a person was resting a hand on their chest or leaning into an object.

Through the wearable technology, a system can collect non-invasive data to anticipate posture without an all-over body stimulating receptor. And because MIT’s apparel is constructed with affordable materials, its techwear could be easily adapted for mass production at low price points — meaning you could have your hands on (or in) some of this clothing fairly soon.

Imminent equipment — As the apparel can read exact body movements, its researchers say it has a number of potential applications. The smart clothing, for example, could recommend exercise based on a person’s physique, and make sure the wearer employs the correct form to prevent injury. The apparel could also aid athletes in recovering from an injury or help promote good posture in wearers.

On a slightly more uneasy note, the technology in the clothing could also be used to further robots’ senses. As the machines are tactilely-blind, the addition of this pressure-sensing technology would give robots a sensation comparable to having human skin, enabling them to perform more sophisticated tasks. These findings are certainly impressive, but we’re hoping our bad backs take priority over giving robots new senses.