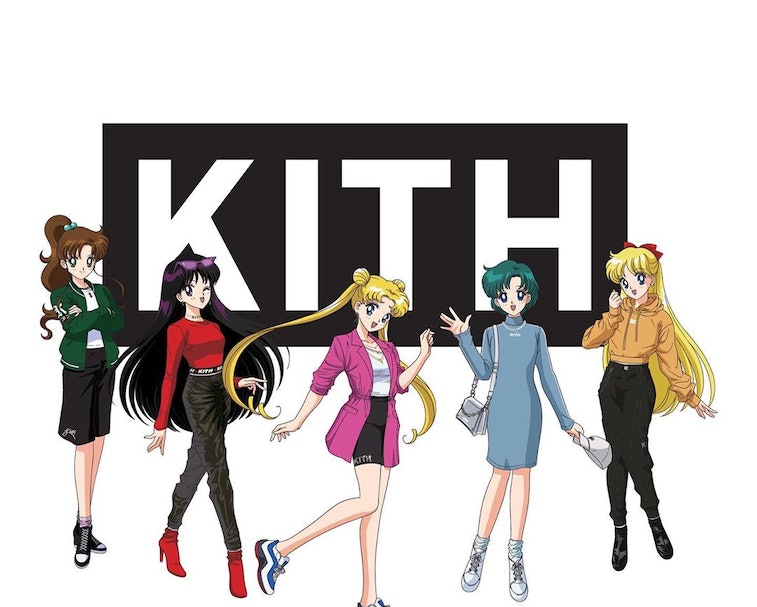 It's time to say what I've been wanting to put on pixels for years: KITH sucks. The brand panders to those who aspire to have taste, not those in actual possession of it. It takes streetwear's obsession with graphics and filters it through through the most capital-B "Basic" filter imaginable. Its logo is a box containing its name, the RC Cola to Supreme's Pepsi — maybe not a complete ripoff, but similar enough to recognize its inferiority. The KITH box logo's greatest strength is its ability to rid anything it's placed on of its charm.

Never is that more apparent than in KITH collaborations, which consistently turn to beloved cartoons from our childhoods. When this involves cereal characters, at least there's a connection to KITH Treats, the brand's in-store ice cream shop that commands steep prices for breakfast-infused concoctions. But when KITH turns its attention to a proper media franchise, it feels like a cheap appeal to nostalgia weakened even further by a predictable design format.

Rugrats, Spongebob, Mickey Mouse: no one is safe from that curse of a logo sitting atop, behind, or alongside the characters you grew up with. Perhaps there will be an amalgamation of the partners' respective logos for good measure. The franchises hand the keys right over to KITH so it can muck them up and sell them to teens who say things like, "Last night was a movie." Sailor Moon is the latest willing victim — and it won't be the last.

Crashing the show's 25th anniversary — Sailor Moon began airing in Japan in 1992 and came to the United States with dubs in 1995. Whether or not that's worthy of celebration is beyond me, but if KITH's capsule is the result the answer is a hard "no." KITH has begun teasing its designs this week — and they're exactly what you'd expect. Usagi in front of the KITH logo. Usagi behind "KITH" in a different font. Usagi back in front of the logo, this time with friends. Truly riveting stuff from a brand that's already found ways to make Versace, Tommy Hilfiger, and countless other brands appear less cool.

Who actually likes KITH? — If there's a writer or editor within menswear and streetwear that actually bangs with KITH, I've yet to meet them. The industry spares KITH from the roasting it deserves because the brand holds one of the few remaining spectacles of an increasingly less relevant New York Fashion Week — not because the clothes are any good but because founder Ronnie Fieg pulls in famous friends for the runway like LeBron James or Victor Cruz. Once, A$AP even performed at the after-party. We mustn't compromise that invite.

If Jay Gatsby were a hypebeast, he'd probably have loads of KITH. So we beat on, boats against the current of taste, borne back ceaselessly into propping up a giant that we all know is more of a hideous beast. But hey, at least the Salmon Toe Asics were cool, the Nemen collab was striking, and the ceased three-way partnership with Columbia and Adidas produced some stuff that isn't entirely embarrassing.

The Sailor Moon stuff is releasing Friday — and if you care, please never share an "outfit of the day" again.