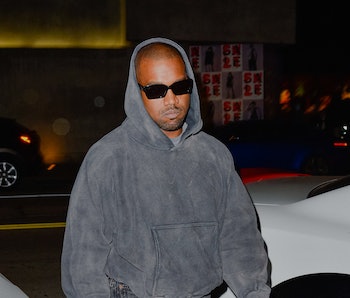 Kanye West’s collaboration with Gap is reportedly not rolling out as hoped, at least from the apparel company’s perspective. Two sources familiar with the business told the Financial Times that Gap was becoming frustrated with the rate at which the Yeezy Gap collection has been released.

When the partnership was first announced in 2020, the retailer said its initial Yeezy Gap pieces would launch that same year, followed by a full collection of apparel and accessories in 2021. As of now — 2022 — only the line’s Round Jacket and hoodies have launched. Each sold out in minutes, with the former raking in $7 million in profit “overnight,” but that doesn’t seem to have matched Gap’s expectations.

According to the Financial Times, Yeezy Gap products have released at a slower pace than expected as West — who has final say over the collection — has struggled to maintain the quality he wants while keeping products at a reasonable price point. Gap has also made changes to adapt to Ye’s busy schedule, including moving its support teams from Wyoming to both Atlanta and Los Angeles.

Kanye “isn’t a corporate person” — Last August, Gap’s former CEO Mickey Drexler said the brand shouldn’t have partnered with Yeezy, citing Ye’s erratic behavior and loose loyalty to Yeezy Adidas. West “isn’t a corporate person,” Drexler said, “and Gap is a big corporation.” He added that working with a brand long-term “doesn’t work for someone like Kanye” — not elaborating why — prompting some newsreaders to suggest Drexler was jealous of the company’s success or simply racist.

Lawsuits, however, have lent some truth to what the former Gap CEO said. As of last November, Kanye’s Yeezy brand owed nearly a million dollars — $950,000, to be exact — to settle a recent civil suit regarding shipping times. The lawsuit claimed that West’s company violated California state business code sections requiring products purchased online to be shipped within 30 days. It seems even Ye’s already-produced items aren’t moving at their anticipated pace.

Delayed drops? — Still, as sales and the resale market have demonstrated, Yeezy Gap has pulled in a hefty profit for Gap, as well as ample publicity. The brand recently announced that it would release a Balenciaga collaboration, titled Yeezy Gap Engineered by Balenciaga, later this year — although that collection probably won’t be as financially accessible as Yeezy Gap’s other offerings, and is seemingly subject to delays. There’s no question Gap will get the money and press it needs from Ye, only a matter of when.