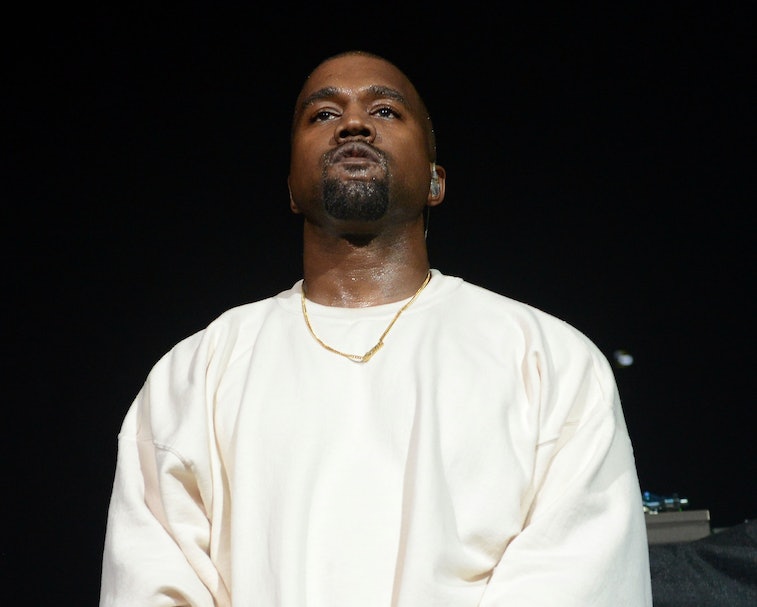 In April, Walmart contested an impending Yeezy logo, citing the graphic looked too much like the one it has been using on its own goods for over a decade. Months later, Yeezy has pettily responded, saying consumers wouldn’t confuse its streetwear logo with Walmart’s, despite their design similarities. As reported by The Fashion Law, Yeezy claims Walmart’s legal rebuttal is full of “overreaching allegations” since Walmart “certainly knows, as does the consuming public, that the last thing [Yeezy] wants to do is associate itself with [Walmart].”

Such strong wording comes only days after Kanye West targeted Walmart for allowing bootleg Yeezy Foam Runners to be sold on its platform via third-party sellers. Numerous iterations of fake Foam Runners were found on Walmart’s website, with prices ranging from $22 to $34 a pair — making them much more attainable to consumers than the real deal, which usually retails for $80 and sells out instantly. And while Walmart has since pulled the inauthentic product, it makes sense Yeezy would be upset about its tainted reputation for exclusivity.

Yeezy is as stubborn as its founder — Walmart, on the other hand, has no reason to be arguing against Yeezy’s logo, the latter claims, as confusion between the two motifs would supposedly hurt Yeezy more than Walmart. After all, if consumers are buying bots and refreshing tabs all to drop $80 on a weird rubber slipper, they’ll want their goods to be recognized as Yeezy.

To guarantee no confusion between the two distributors, Yeezy could change its logo. The Adidas-backed brand has yet to officially trademark its sun-like graphic or produce any goods with it — while Walmart has been using its comparable mark since 2007. But chances are, Yeezy will continue its stubborn court fight until it gets what it wants. After all, the brand is run by Kanye West: the man who calls himself Yeezus, compared himself to Picasso, and peed on a Grammy (in Foam Runners, no less).

But West’s influence doesn’t mean much to Walmart, and frankly, neither does Yeezy’s. The department store chain boasts a $386.3 billion net worth, which towers over Yeezy’s mere $4.7 billion. Although Yeezy has asked for Walmart’s legal opposition to be dismissed, the retail giant is capable of fighting back.

Let’s hold a Yeezy design contest — Should Walmart come up with another claim as to how Yeezy’s logo infringes its own, West’s company may be legally forced to alter its graphic or design another logo, much to the artist’s chagrin. And looking at Yeezy’s bizarre styles, it’s hard to say what the brand could come up with next… maybe a Swoosh?