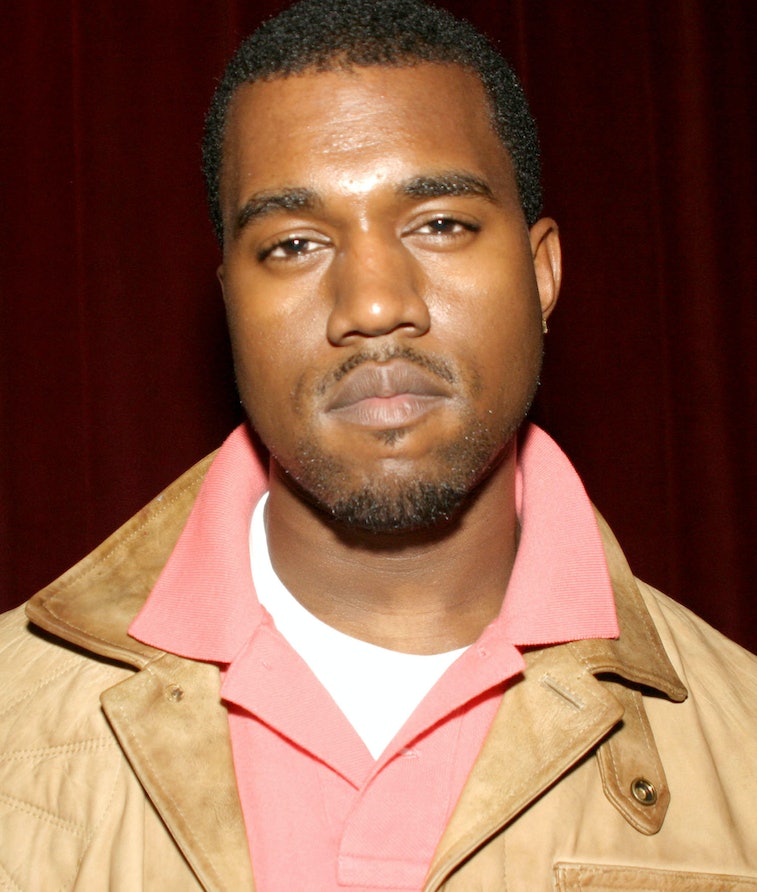 It’s hard to imagine a time when the masses weren’t drawn to artist and fashion designer Kanye West, a man who's spearheaded some of the biggest cultural shifts and era-defining trends since he first stepped into the industry spotlight.

But the Netflix documentary Jeen-yuhs: A Kanye Trilogy chronicles the days when West was a quietly confident producer who was known for his soul-stirring beats but fighting to land a record deal as a solo artist.

The first two episodes of the three-part film, titled “Act I: Vision” and “Act II: Purpose,” are pieced together from 20-year-old footage recorded by now-director Coodie Simmons, who gave viewers a glimpse into the recording sessions of songs that made West a household name. Simmons, who directed the project with fellow filmmaker Chike Ozah, first turned his camera to West with the belief he would ascend to rap superstardom. But even with his remarkable foresight, not even Simmons envisioned what kind of force West would become in the world of fashion.

Nobody knew — except Ye.

The self-proclaimed “Louis Vuitton Don,” a nickname West first christened himself on the song “Last Call” from his debut album The College Dropout, mixed luxury brand pieces like Dior, Gucci and others with streetwear essentials — which blurred the lines of modern couture forever.

From leather kilts, Margiela masks, and Venetian shutter shades, hip-hops fans and high fashion mavens have been drawn to West's influence. And for the 44-year-old rapper, conquering the fashion industry was a goal he set from the time he signed his record deal at Roc-A-Fella Records.

“If West’s rubber Balenciaga rain boots aren't evident enough, his style has always been against the grain.”

In “Act II: Promise,” West made his intentions clear during an interview following his car accident in 2002: “I had an accident and almost died and everything, right? But I was sitting up in the hospital for the first seven days, and I’d just be watching TV and I just came to this revelation …. people are like, ‘You almost just died. What came from this?’ And I just sit back, and just decided that I’m going to be the best, the best, dressed rapper in the game because their gear was crazy whack.”

If West’s rubber Balenciaga rain boots aren't evident enough, his style has always been against the grain. On his song “Touch the Sky,” West addressed how his stylistic choices early in his rap career hindered his success: “Back when they thought pink Polos would hurt the Roc/Before Cam got the sh*t to pop/The doors was closed/I felt like Bad Boy’s street team: I couldn’t work the locks.”

In the same way he was viewed as an artist, West’s clothing style didn’t fit the mold of a “rapper,” which better aligned with the gangster rap image that loomed over the genre in the early 2000s. When everyone was wearing XXXL Mitchell & Ness jerseys, jump-rope length chains and baggy jeans in the early 2000s, he was draped in bright rugby shirts, a monogrammed ​​Louis Vuitton backpack and Ralph Lauren sweaters adorned with the "Polo Bear," later inspiring the “Dropout Bear” that was placed on his first three album covers.

Throughout the documentary, West was also spotted in Superhero and movie-themed graphic T-shirts, knit turtleneck sweaters and a retainer that was far from camera shy. While maligned at the time, a lot of the pieces West wore 15-20 years ago are touted in high fashion circles today, which is a true testament to his vision for future trends. Vintage Polo pieces and other brands West donned in his “College Dropout” days are treasured items for hype beasts and online resellers, and some pairings would even hint at future brand collaborations.

During West’s Def Poetry Jam performance of “All Falls Down” called “Self Conscious,” he wore Adidas Superstars, and even sported a Gap shirt throughout the series, foreshadowing the release of his “Yeezy Gap engineered by Balenciaga” collection in late February.

But in time, everyone would begin to rap, produce and dress like West.

Before becoming a rap superstar, West maneuvered through the industry on his own accord, using the scraps and resources he had to place his form of artistic expression at the forefront. And much was the same when it came to fashion. Even with a Louis Vuitton footwear collection, West arranged to intern for Fendi in 2009 alongside the late Virgil Abloh, who was the artistic director at Louis Vuitton's menswear collection before he passed in November 2021.

The New York Times reported that the two men were making $500 a month to run errands and fetch coffees at the famed fashion house. And in a 2013 interview with former BBC Radio 1 host Zane Lowe, West reaffirmed his genius, claiming that he and Abloh introduced the idea of leather jogging pants to Fendi – a trend that would emerge in high-end circles years later.

In 2009, West enlisted industry notables such as Abloh, Don C, Kim Jones, who was Louis Vuitton’s men’s artistic director at the time, and others to establish his first clothing line in 2009: Pastelle. It wasn’t his first dive into the depths of fashion design — that was Mascotte by K West, which was scrapped in 2004, but Pastelle was his first full-fledged attempt at creating his own brand.

But after West’s outburst against Taylor Swift at the 2009 Video Music Awards, Pastelle’s LA office shut down and his plans for the brand’s flagship stores and events soon did as well, according to Complex. His frustrations were made public during an interview on Jimmy Kimmel Live!,”where West talked about the resistance he’s faced at the gates of the fashion world.

“I want to make the next Ralph Lauren.”

“I spent 10,000 hours at this; I dedicated my life to this. And a lot of people say, ‘OK, you know, you have to do music.’ Imma keep doing music, but what if people told me I couldn’t rap. What would have happened? What if people told me I couldn’t perform?’” he said. “I’m only 36 years old, I have other goals and other things, and I’m going to use my platform and every platform to stand up and say, ‘I want to make something. I want to make the next Ralph Lauren.’”

While the interview was nearly a decade ago, it’s reminiscent of the moment in Jeen-yuhs when West played “All Falls Down” to a puzzled music executive, whose colleagues roamed in and out of the room, and he left the Roc-A-Fella office momentarily deflated.

After footwear deals with Louis Vuitton and Nike, West continued to push for his own clothing line and would eventually take the reins of his Yeezy brand in 2015. And in the seven years since its inception, the brand’s apparel and sneaker releases have helped boost West’s estimated $1.8 billion net worth, according to Forbes.

Yes, the numbers are astronomical, but West’s impact has been nearly unmatched because of the stylistic trends he’s set ablaze. He broke ground years ago with collaborations and footwear deals with high fashion brands, inspiring other rappers to level up their drip game and even delve into the business of fashion.

As Yeezy has generated millions of dollars — and quenched the thirst of hype beasts from around the world — he’s opened doors for others to succeed in fashion and has consistently drawn in the industry’s top talent. Designers like Heron Preston and Matthew Williams, who’s now the creative director of Givenchy women’s and men’s collections, have made their marks in fashion after working alongside West and his extended creative team.

So, while many will point to West’s polarizing statements, failed presidential campaign, thickly rubberized rain boots (for now, at least) and his antics on social media, which has half the country calling Pete Davidson “Skete,” his impact in fashion is undeniable and will remain an integral part of his legacy – just as he envisioned.

This article was originally published on March 7, 2022