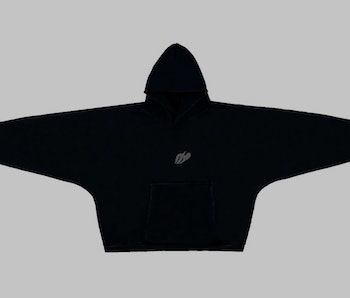 Kanye West’s Donda Academy held its homecoming game Wednesday night in Los Angeles, and fans in attendance were required to wear black in accordance with the team’s uniforms. To commemorate the occasion, Donda Sports has now released a small run of minimalist merchandise.

The Donda Sports capsule is now available for pre-order, with delivery promised within 8 to 12 weeks. A hoodie, shorts, and socks all come in black with a small Donda Sports dove logo as the lone distinguishing element. It’s pretty basic stuff, falling in line with West’s relatively low-key Donda 2 merch, but certainly there’s an abundance of fans eager to rep his private high school.

West opened Donda Academy, named after his late mother, last fall in Simi Valley, California. The school’s mission is to find the "intersection between faith and the innovation of the future, and its basketball team now fields four elite high school basketball players, including top-10 class of 2023 prospect Robert Dillingham. Slam magazine put West and the entire team on its February cover, giving an inside look at the mysterious program.

Credit Eric Emanuel with an assist — Mesh basketball shorts specialist Eric Emanuel designed the shorts for Donda Sports for what had to be the easiest commission of his career. Normally, Emanuel prints elaborate graphics onto his shorts, but for West he’s simply added the silver dove logo at the bottom of each leg.

Despite the simplicity of all the goods, the Donda Sports merch is still commanding a premium. A three pack of socks comes in at $60, while the shorts will set you back $140 and the hoodie $200. One would be hard-pressed to say any of them are worth the cost, especially when a Yeezy Gap x Balenciaga hoodie can be had for roughly the same price.