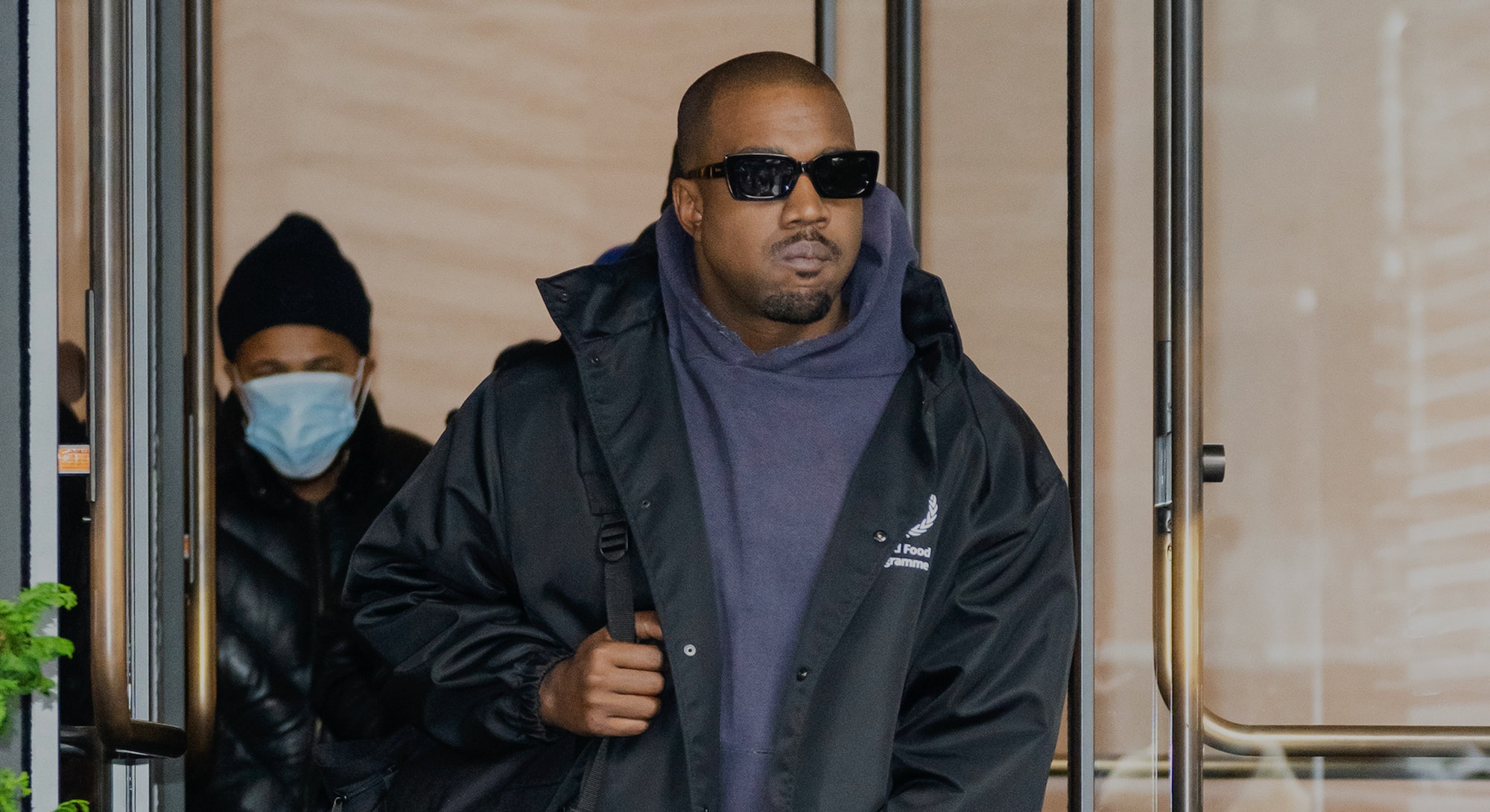 This week, Kanye West released the music video for “Eazy,” a standalone single featuring The Game. The claymation-style video sees a dead ringer for Pete Davidson being kidnapped and buried alive, spurned by the lyric “God saved me from the crash / just so I can beat Pete Davidson’s ass.”

This disturbing revenge fantasy is just the latest in a months-long campaign of harassment against estranged wife Kim Kardashian Davidson, her new romantic link. Were it not for all of Kanye’s other outbursts, his latest antics could easily be seen as an act of crossing the line. And yet, his business partners — from Adidas to Gap — are pretending like none of his abusive behavior is happening, even as it unfolds in front of the whole world.

On Instagram, Kanye has repeatedly mocked Davidson and even urged his fans to “scream” at him if they see him in public. Text messages leaked by West himself show Kim urging Kanye to tone down his rhetoric out of fear for his safety. “U are creating a dangerous and scary environment and someone will hurt Pete and this will all be your fault,” she wrote. West then told his fans not to do anything “physical to Skete,” his nickname for Pete and slang for semen, and insisted he would “handle the situation” personally.

As controversial and inflammatory as Kanye has been throughout nearly his entire career, his handling of the ongoing divorce with Kim and her subsequent relationship with Pete may qualify as his most indefensible behavior yet. It’s getting so bad that one has to wonder why any person or brand would want to continue standing by his side — most notably, Adidas, which did not answer Input’s multiple requests for comments on this story.

In the past, Adidas has been happy to draw a line between Kanye as a creative partner and his personal opinions. Years of endorsing Donald Trump drew an abundance of criticism against West, and outrage came to a peak when he suggested that slavery “sounds like a choice” in a 2018 interview with TMZ.

It was within this context that Adidas CEO Kasper Rorsted told CNBC in 2019: “You need to look upon what you’re signing up, and I know Kanye quite well. He’s a fantastic creative force. He has his own opinion. We don’t always stand with those opinions, but there’s no doubt that for both sides it has been a great relationship, and overall on the bigger picture we’ve been super happy with that relationship.”

Kanye’s actions embody the very definition of stalking and harassment.

The difference between then — when Adidas also could have been reasonably expected to cut ties with West — and now is that we’re looking at acts instead of opinions. West isn’t merely expressing controversial sentiments about relationships or a rival in romantic partnership — he’s flagrantly engaging in emotional abuse and, at the very least, inciting domestic violence.

From refusing to let go of Kim, to actively trying to sabotage her relationship with Pete, West’s actions embody the very definition of stalking and harassment. Writing for Psychology Today, licensed social worker and psychotherapist Kaytee Gillis says, “The behavior we are witnessing highlights the various non-physical forms of abuse often ignored by the courts, and the public.”

Gillis also pointed out that such behavior is also a precursor to physical abuse saying: “Survivors of this type of abuse know all too well the turmoil that takes place once they try to leave these relationships. If they have entered a new relationship, or if there are shared interests such as houses, children, or business, the harassment and abuse are often even worse. It can be unrelenting — and the courts are often powerless to stop it because it’s not physical in nature.”

Kanye’s creative partnership with Adidas has proven quite lucrative for both parties involved, as his cut in royalties alone have helped propel his net worth into the billions. According to Bloomberg, Adidas’ Yeezy sneakers generated nearly $1.7 billion in 2020, a 31 percent rise compared to the year prior which brought Kanye $191 million in royalties.

With so much money at stake, it’s easy to see why Adidas has stood by Kanye for better or worse since they first joined forces in 2013. No amount of outrage has been able to slow their growth, and Adidas has even been able to overlook Kanye wearing products from its biggest corporate rival in Nike. Still, when Kanye is so publicly engaging in emotional abuse, it begs the question of just how much Adidas is willing to let him get away with. Does he need to physically assault someone before the company will sever ties or, at the very least, admonish his behavior?

“Watching all of that play out makes me anxious.”

Watching the situation unfold has proven triggering for victims of similar abuse who see their own experiences mirrored in such public fashion. “Watching all of that play out makes me anxious,” Ayana Fekhir, a woman who endured a similar divorce in 2007, told HuffPost. “I feel like I’m breathing underwater when I see the media coverage and the comments. It takes me back to when no one believed he was the problem and accused me of being bitter and spiteful and angry.”

Adidas should be weighing the possibility of such triggering effects for the 40 percent of women who’ve reported “expressive aggression” and 41 percent who have experienced “coercive control,” according to a 2012 survey posted in the peer-reviewed journal Partner Abuse. Continuing a working relationship with Kanye risks isolating these women and runs counter to Adidas’ frequent messages of feminism in its marketing campaigns. (It’s also worth noting that 32 and 4 percent of men reported the same to categories of behavior, respectively.)

When Kanye left Nike back in 2013, it was because the company refused to pay royalties for his Air Yeezy line. Kanye felt he was due a deal similar to that of Michael Jordan, and Nike was reluctant to offer such money (and the production resources) to a non-athlete, years before musicians became a more sure bet in sneakers. But even back then, Kanye was notoriously controversial and unpredictable, two qualities that very well could have been taken into account when considering a deeper business relationship.

Perhaps Kanye has enjoyed the benefits of Trump’s time in office, when the president’s actions were so far and frequently beyond what had previously been considered acceptable (and even legal) that the effect was numbing. The rapper and designer, too, has seen few consequences come his way as a result of his behavior. Adidas and Gap are still right there with him, and Apple only pulled out of a deal to stream Kanye’s Donda 2 performance when it was announced that the album would be exclusively available to via Kanye’s Stem Player.

Ultimately, regardless of the emotional pain he may be inflicting on other humans, the undeniable truth is that no one in Kanye’s life seems able to challenge him — and that includes the $40 billion giant that is Adidas.