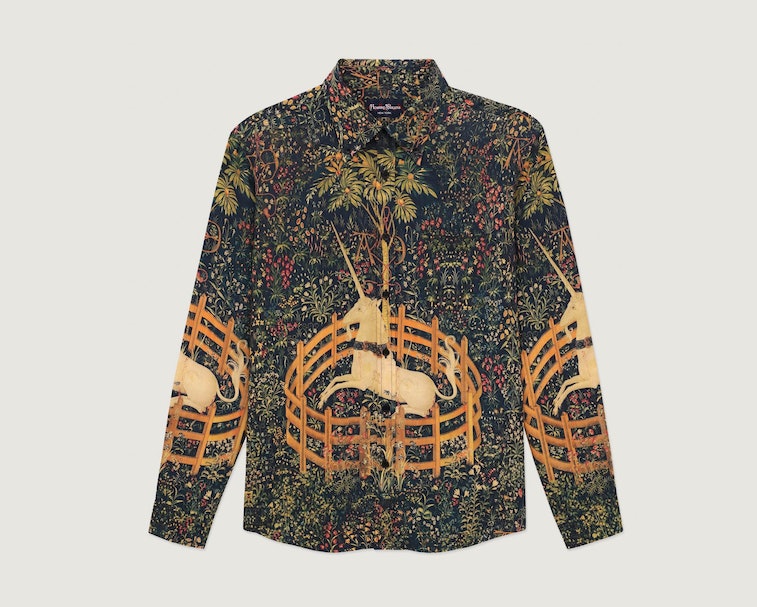 If there someone in your life throwing off serious dad vibes, then it's probably a good idea to lean into that aesthetic, especially when you're looking for that perfect gift.

But what are we talking about when we’re talking about dad style? A few years ago, it would have been a part of the normcore movement. Think loose-fitting stonewashed denim, a simple polo or T-shirt, oversized windbreakers and sweatshirts. Wearing these items, especially all together, was done with tongue deep in cheek, saying, I know these items aren’t inherently cool, but I’m going to make them hot.

Today, dad style is a little more about utility than irony. The rise of outdoor gear, i.e. gorpcore, can be seen as a related movement. Even when you’re not actually in the wilderness, technical apparel can be useful in your everyday life with a convenient pocket here, water-proofing there, and perhaps the option to transition from pants to shorts with just a pull of a zipper. And a good fleece, well that’s just a life lived comfortably and warm.

Dad style can also simply mean dressing a little more grown up. As my former colleague Jian DeLeon opined last year, reaching for handsome instead of trendy provides a salve in a fashion landscape riddled with hype and helps you look, to put it simply, nice. “There are times when I find myself retreating to the simplicity of a well-fitting, unadorned Margiela crewneck sweater, Noah corduroy trousers, or the same Polo pocket tees I hoarded as a kid,” DeLeon wrote. “In some ways, the fashion game feels like an unending marathon of covetable product, so it’s refreshing to take a break and go at a pace that feels comfortable.”

Ostensibly, DeLeon was writing about the resurgence of prep, but many of the same items are what you conjure when you think of a dad. As you veer deeper into adulthood, which is the case for many early hypebeasts, where better to look in an effort to dress more grown than somewhere paternalistic? Growing up doesn’t have to mean giving up on cool; it could just mean taking a more direct and considered path. If there’s one thing I’ve learned as I encroach upon 30 in less than a year, it’s when to stop wasting so much time and effort.

As an ode to the cool dad and his sartorial choices, we reached out to four of them to get their recommendations ahead of the holiday season. Their picks are good for someone with a child or without, as long as they appreciate the things more likely to last than what is hot right now.

“My idea of aging into full-on dad wear involves practical clothes that will mature nicely and hold up to abuse (mud, puke, poop — you know the deal). I still have a suede jacket and leather belt my father left me, and it’d be nice to pass on similar duds to my own kid eventually. In that regard, this Ranger Jacket from Noah fits the bill. It’s basically impossible to imagine this thing going out of style, and given Noah’s obsession with quality, it should actually improve over the years. I bought a different Noah jacket a while back — it seemed like a splurge then, but I’ve worn it countless times.”

Made with Monitaly’s exclusive 'Vancloth & Sons' fabric. It mimics the fabric that was developed for the US military coat back in the 1940’s yet quality gets even better than the original with an advanced technology.

“I’ve had an unhealthy obsession with these Monitaly Riding Pants since I first saw them at Virgil Normal months ago. The cut is generous, with an extended single pleat. They come in a couple of types of fabric, all of which look great. Personally, I’ve over-indexed on corduroy lately, so I’d go with the Sateen version in Oxford Khaki if/when I’m feeling irresponsible enough to pull the trigger.”

The Body Wash is a daily multi-vitamin cleanser for skin health.

"Apparently, this body wash is like 'a thing' or whatever. I like it because it smells good and the only time I get alone these days is in the shower."

I don’t usually go for graphic prints, but the unicorn is really a statement. It’s a pillar of our DNA with history, mythology, and Jack’s studies. [Rowing Blazers’ other co-founder, Jack Carlson, has a PhD in archeology.] The actual tapestry this is based on is hanging in The Cloisters. It seems loud, but it’s understated.”

Patchwork tweed trousers. The real deal. The ones you want. Each one is slightly different, as these pants are made using true patchwork wool tweed. Hand-tailored in Portugal.

“This is a unique approach to the classics. It allows me to change my stripes without changing my allegiance to the original look. You can dress it up with a blazer or dress it down with a T-shirt. It mixes my feeling of Anglo-English, and the key thing with this collection is What would I wear forever?”

“We do things tongue and cheek with obtuse graphics. They’re all ageless to me. I don’t see this as having a particular time when I would wear it. I think this is something I would have worn 25 years ago as well.”

“If you’re a dad you have to look out for your kids first, so it would have to be a classic vintage tee for them. Yes, we have kids vintage, and also for your significant other and yourself.

A classy watch for you, a classy dad.

“I know that sounds crazy, but they are available at a large range of price points, starting under $2,000. These are effortlessly cool and a good investment or a strong item to pass down to your little one in the future.” This [GMT Master II Rolex 16710 Pepsi Bezel] is essentially the one I snagged.”

One of the world’s foremost collectors of all things hip hop, DJ Ross One presents — for the first time ever — a much sought after collection of T-shirts in this lushly produced and detailed catalog showcasing over 500 of the genre’s best.

“Brush up on your knowledge with this book, as there are some beautiful pieces of art you can wear and enjoy while turning it into quite the investment. It’s pretty wild that some rap tees are selling for more than $8,000.”