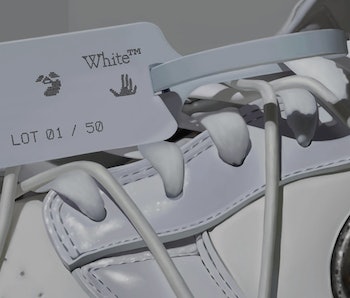 Virgil Abloh has created a whopping 50 Off-White x Nike Dunk Lows for what’s sure to be the most high-profile sneaker release of the year. Ahead of that mad dash, Nike has announced changes for its “Exclusive Access” model on the SNKRS app — and how to game it in your favor.

Come August 9, select SNKRS users will be given exclusive access to the new Off-White Dunks, with invitations to purchase rolling out over the following days. The idea is to give priority access to the people who are most involved on the SNKRS app, which you’re going to want to become in the months ahead.

Become a power SNKRS user — As Nike broke down in a release, invitations for exclusive access will be given out based on engagement on SNKRS. The app isn’t just a place for receiving Ls on the sneaker you so so desire — it also has a whole lot of content, and the more you watch the more likely you are to gain exclusive access.

By watching videos, participating in polls, and attempting to purchase sneakers regardless of your success, you’ll increase your odds of being given a guaranteed slot to purchase the Off White Dunks. I won’t do PR for Nike by claiming this content is worth its time on your own, but increasing your odds at one of the most hyped sneakers of the year should be all the motivation you need.

More on the Dunks — Rumors have circulated about the next Off-White Dunk all year, with the number of unique color schemes rumored to release increasing from 20 to 50 as the months passed by. This week, the two parties confirmed the absurd number to be true.

48 of the 50 Dunks play mix and match with colors for the sneaker’s accents on a white and silver base, while two stand out as the most unique. Edition “1 of 50” has an all-white upper with reflective silver Swoosh and faux-aged sole, while “50 of 50” is murdered-out with the exception of the same silver Swoosh and purple accents.

The white and black versions should be the most coveted of the 50, but sneakerheads will likely be happy with whatever they can get from the assortment. Now’s the time to start spending more time on the SNKRS app ahead of the release and hope it pays off in two months.