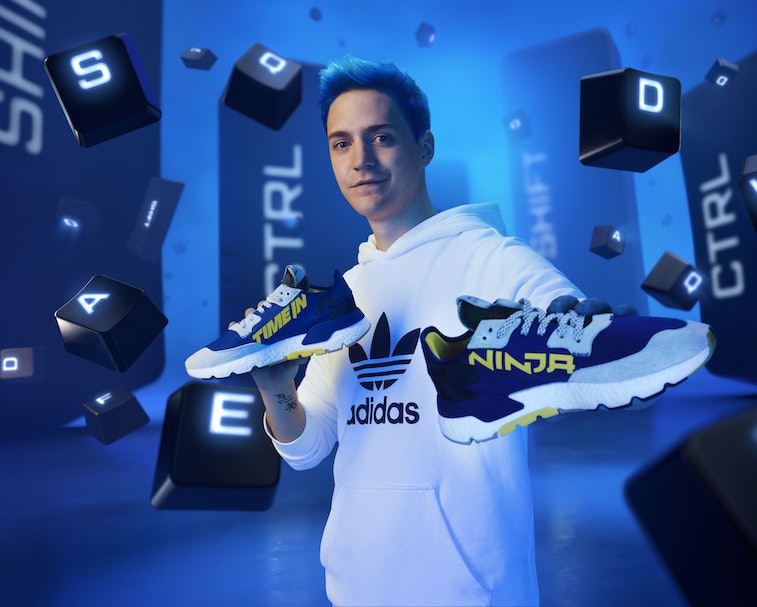 After announcing their partnership in August, Adidas and Ninja have revealed their first collaborative sneaker, the “Time In” Nite Jogger. The first product between them marks the first time a gamer has received his own shoe, and it stands out against more shallow attempts by footwear companies to capitalize on the booming space.

What’s the vibe? — The lifestyle silhouette from Adidas Originals comes in Ninja’s signature colors: blue and yellow. Texts hits include Ninja’s logo, as well as “Time In,” the name given to the collab and inspired by the countless hours put into his craft.

“I’m beyond thrilled and humbled to finally show the world what I’ve been working on with Adidas,” Ninja said in a press release. “If a kid from Chicago who just loves playing video games can collaborate with one of the world’s most iconic brands to launch a shoe together, anything is truly possible.”

How can I get it? — The “Time In” Nite Jogger will release December 31 worldwide in both adult and kids sizes. Pricing has not yet been announced.

By focusing on a key personality with a lifestyle shoe instead of an unconvincing performance angle, Adidas looks to have the first true hit in the collision of gaming and footwear.