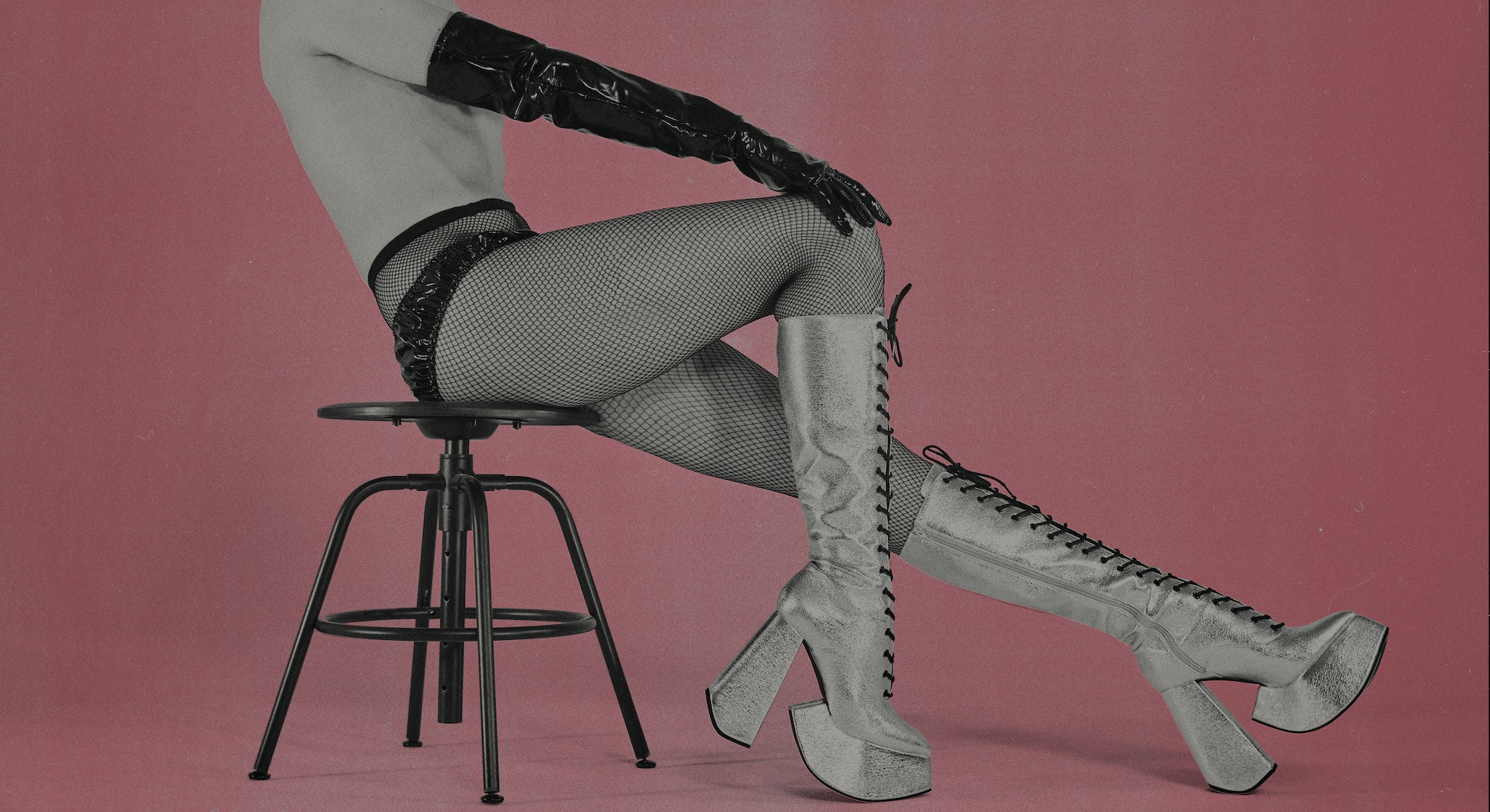 Growing up in the English countryside, Taylor loved playing dress-up, often sporting his mom’s dresses and high heels. As he grew older, he felt the need to hide his love of heels to conform to what society and fashion deemed “acceptable” for men.

In the past year, this all changed. Watching other cisgender men like Mark Bryan get featured in Vogue.com and receive countless Instagram likes, Taylor saw that men were starting to gain positive attention for wearing heels. This inspired him to rock his favorite heels — a pair of black leather block-heeled Zara boots — in public. “I kind of in a way tripped over the idea of high heels because it’s a potent symbol of femininity,” he said. “And to step over that line, into that world is taboo, but it shouldn’t be.”

Also referred to as “genderless heels,” heeled shoes for men are the latest item to hit the gender-fluid fashion market. Though Taylor, along with men in fetish subcultures and the LGBTQ community have been wearing heels for decades, men’s heels have had a spotlight moment recently, with Harry Styles, Lil Nas X, and Billy Porter punctuating their red carpet looks with flamboyant heeled boots and platforms. And the runways have followed suit: for their Spring 2022 collections, Givenchy dressed men in platform clog boots and NIHL put male models in strappy heeled sandals.

But men wearing heels is more than just a fashion trend — it’s a movement. Genderless shoe brands like Kira Goodey and Lidia Talavera are looking to make the footwear industry more inclusive, one heel at a time.

Goodey launched her self-titled brand seven years ago, offering a wide range of high heels on a made-to-order basis. Available in European sizes 35-46 (US 5-12), the cartoonish designs — which feature chunky platforms and notice-me textures like faux croc and iridescent leather — have been worn by the likes of Lady Gaga and Doja Cat. Though Goodey’s heels have always been made for men and women, she only recently labeled her brand as “genderless.”

“People are actually searching for genderless heels, or heels for men, or heels for larger sizes,” she said. “I realized that I actually needed to shout that.”

Creating a genderless offering comes naturally to Goodey, who actually began her design career making heels for men and women while apprenticing for a bespoke fetish shoe company. (In the fetish subculture, men have worn stilettos and spiky boots for decades, but solely for use in the bedroom). While starting her own label, Goodey also worked for luxury shoe brands Nicholas Kirkwood and Jimmy Choo, where she discovered the limitations of mainstream shoemaking. “Most machinery in factories that are making high-heeled shoes only accommodate up to a certain size,” she said, explaining that standard heel press machines — which attach the heel to the sole — only fit up to a US size 11 or 12.

Lidia Talavera, who produces her gender-neutral high heels at a small factory in Mexico, tackled this challenge by building her own shoe molds to fit the desired size range, which includes men’s sizes 7-15.5 and women’s sizes 4-13. Making each mold for each size, finding the correct machinery, and creating test models was a lengthy two-year process that Talavera started in 2018, and the eponymous brand officially launched in 2020.

Talavera, who wears a petite size-4 shoe, saw a need in the market for smaller and larger shoe sizes. That, along with demand within the LGBTQ community from men and queer individuals, led Talavera to create a custom high-heel brand. On her site, you can find everything from pumps to slingbacks to platforms, all in over 50 colors ranging from leopard print to pistachio green. Talavera considers her brand “all-inclusive,” and notes that her customers are not a certain gender — they’re anyone who is passionate about heels. “A shoe lover is a shoe lover,” she said. “It’s not our fault that our feet are a little bit smaller or a little bit wider or a little bit bigger than the standard. If you love heels, you love heels.”

High heels have a long history of societal connotations — men were actually the first to wear them. In the 15th century, Persian soldiers wore heeled boots to help keep their feet in their stirrups as they rode on horseback. In the 17th century, King Louis XIV wore red heels to symbolize his power, and wrote an edict stating that only nobility could wear heels. Heels then slowly got narrower and became a signifier of femininity. Though it hasn’t been considered the “norm” for quite some time, a growing number of men today (from people in queer and fetish communities to straight, cisgender men) enjoy wearing heels.

According to Taylor, the fact that men’s fashion and shoe options have decreased dramatically over time — from men wearing skirts and heels centuries ago to today’s limited offering — is an example of male oppression. “How are we supposed to be living in an equality-based society when our clothing options are clearly not equal?” he remarked.

With his Men’s Heels Revolution platform, Taylor aims to raise awareness around the issues surrounding men’s heels, while providing a catalyst for the market to grow. He converses with his followers about toxic masculinity, identity, and feminism, and uses his platform to amplify every piece of journalism he finds about degendering fashion.

The gender-neutral clothing industry has become its own market over the past few years, with brands like The Phluid Project and Gender Free World offering gender-fluid clothing. And in states like California, the governor just passed a law stating that department stores must have a gender-neutral section for kids by Jan 1, 2024. This doesn’t require them to sell gender-neutral clothing, but rather create a fluid section for personal care items and toys. Still, it is a step in the right direction.

At the end of the day, the height of a shoe should not dictate who can and can’t wear it. It’s not a matter of gender, but rather a matter of degendering the high heel and removing the feminine connotations that surround it. Genderless heels are still very new, but it’s exciting to think about a future where anyone can wear heels and no longer be questioned by mainstream society about doing so. Though there are production challenges with creating inclusive sizing, the above brands are proof that it can be done, and the more companies that adapt to this method, the easier it will be to produce a larger range.

“If every brand releases shoes in all sizes, it will just become normal,” said Goodey. “Once it’s kind of out there and it’s available, then people will just get used to it.”But first, we have to remove the stigma. “It’s not just about men wearing heels,” Taylor said. “It’s about ‘what are the social impacts of that, what are the mental challenges?’”