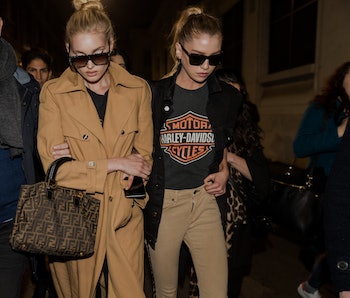 Vintage Harley-Davidson T-shirts had a major moment in the mid-2010s, and the motorcycle manufacturer is now making a play for a more direct stake in the fashion world.

Former Yeezy designer Louise Goldin has been hired as Harley-Davidson’s creative director. In her role, Goldin will head up Harley’s existing design studio in Milwaukee and a newly opened outpost in New York City. Goldin previously worked with Kanye West’s Yeezy from 2011 to 2018 to help establish the brand, and she’s also been hailed for her future-looking work with knitwear through her own eponymous label.

“I feel a deep connection between Harley-Davidson’s design language and my own DNA as a designer,” Goldin said in a press release. “I’m inspired by the unique combination of engineering, functionality, craftsmanship, and soul that lies at the heart of Harley’s iconic heritage and brand aesthetic. My goal is to work that spirit and purpose it into new pieces that will carry the brand forward into the future.”

Will the Harley store become a goldmine? — Also joining Goldin at Harley-Davidson is former Nike exec Erica Bullard, who steps into the newly created role of senior vice president of apparel and licensing. Prior to the appointment, Bullard worked at Nike for 23 years and most recently served as vice president and general manager of Nike NYC and the East.

Many Harley owners see their motorcycle as a lifestyle, and they take it a step further by dressing up in T-shirts, leather goods, and a whole host of accessories for the home, garage, and beyond from the brand. The challenge, it seems, will be for Goldin and Bullard to bring that appeal to a much wider audience and turn Harley-Davidson into a lifestyle brand regardless of one’s association, or lack thereof, with motorcycles.

Harley’s lush archives of T-shirt graphics would be a natural starting point with a proven track record of adoration in the fashion space. The brand will still have to appease its core audience with functionality and authenticity, but, as we’ve seen with the outdoor trend, stylish folk are often eager to adopt superfluous gear in the name of aesthetics. It’s not farfetched to imagine Harley becoming the next hot thing, especially with one of the minds behind Yeezy now involved.