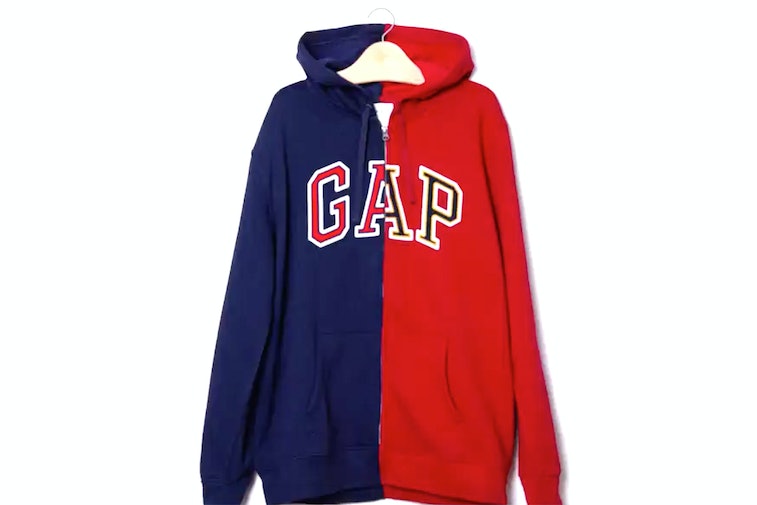 It’s a strange time to be a citizen of the U.S. As we (and people all over the world) often do during a crisis, Americans are turning to Twitter and Facebook while awaiting the results of the presidential election. Unsurprisingly, brands are trying to capitalize on the national anxiety. Take Gap for example, which brought together angry Twitter users in a time of division and uncertainty.

In a since-deleted tweet, the brand uploaded a GIF of a hoodie with a blue half and red half (the Democratic and Republican colors) being zipped up. The caption read: "The one thing we know, is that together, we can move forward 💙❤️" We see the good intent here, but that wasn’t enough to fend off Twitter users.

Backlash begins — With people already on edge from the election, it wasn’t long before criticism hit. Twitter collectively called out Gap for its tone-deafness, not “reading the room,” and the fact that Kanye West (who has a deal with Gap) was trying to run for president. People needed to take out their frustrations on something, and Gap presented itself as an easy target.

Many were left wondering why the company was trying to sell a hoodie marketed as democracy, with others questioning if the product even exists. A spokesperson for Gap told New York Times reporter Sapna Maheshwari that the hoodie was not real or for sale. It was literally created just for Twitter.

Moving forward — Even though the cringe tweet was taken down, we suspect there’s someone at Gap still trying to make the hoodie happen, maybe even pitching the tweet’s viralness as a good thing. Kanye is definitely mad he didn’t think of it for his presidential marketing campaign, but we may see it in a future Gap collection. Either way, this won’t be the last time we see “the hoodie.”

With the stakes so high and two parties that are so fundamentally at odds, it’s unsurprising that Gap’s “we can still be friends” message didn’t go over well. Whoever the social media manager is at Gap — I’m sorry they made you post that.

Given how quickly the post was taken down, it’s safe to say brands will now think twice before providing any sort of commentary (or product suggestions) during this heated election. 2020 has given us so much unrest and thus given brands so many chances to eff up on social media. It’s just a matter of time before another takes center stage.