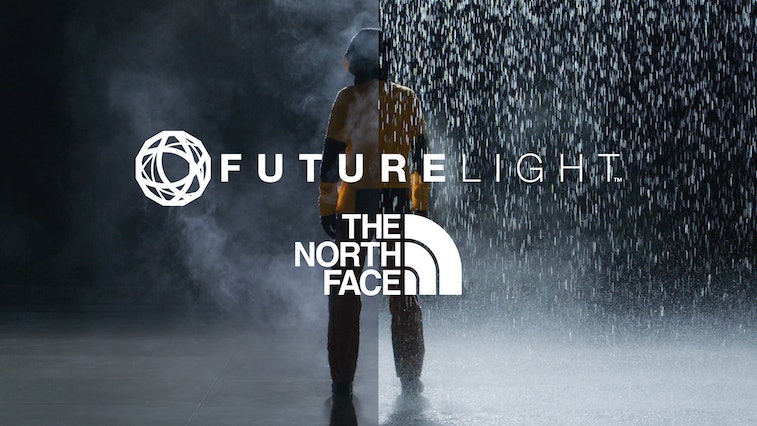 Futura and The North Face have worked together in the past, but the outdoor outfitter my have gotten a bit too friendly. The legendary graffiti artist is suing The North Face for allegedly ripping off his atom design as the logo for its "Futurelight" apparel and the accompanying "$20 million advertising campaign."

Futura filed the unfair competition suit this week in a California federal court, The Fashion Law reports, and is claiming the "intentional, deliberate, willful, [and] wanton" act will "sustain serious and irreparable injury to [his] business and reputation." He's seeking preliminary and permanent injunctions, as well as compensatory damages and a share of the profits.

Although the similarities are clear, the Futurelight's logo is also a physical representation of the lightweight, waterproof material as seen at the microscopic level. A "nanospinning" process creates minuscule holes that allow air to pass through while still blocking water.

Futura is no small fry — Futura has been working as a graffiti artist since the '70s, and his brand Futura Laboratories has also made him a seminal figure in streetwear and sneakers. As he pointed out in the lawsuit, his list of collaborators includes "Nike, Uniqlo, LVMH, the New York Mets and Yankees, and Comme de Garcon[s]." The North Face even worked with him in 2006 — so the company can hardly claim it isn't familiar with his work.

The pioneering street artist has never gone away, but he has enjoyed a new wave of popularity thanks to his work with Virgil Abloh at Louis Vuitton and Off-White. He doesn't believe the timing is a coincidence and points out in the suit that he "is now more popular and in demand than ever before" with "two major shows in New York City at the moment, including a major solo show.

What happens next? — The Fashion Law points to Revok's lawsuit against H&M in 2018 as a similar case, and H&M faced so much public backlash for ripping off the artist's work that it pulled its countersuit and agreed to a settlement. "Street art, like traditional art forms, is automatically protected by copyright law," wrote Michael Garfinkel, a lawyer for the firm DLA Piper. "Even when street art is created with the purpose of being readily reproduced, intellectual property law does not treat it differently from other art forms."

Futura says he's used the atom design "over the past 50 years," including as a logo for himself. The similarities between the Futurelight name and the artist's may also strengthen his case. As if the logo were "not enough to conjure Futura in the mind of a consumer, [The North Face] calls the new apparel Futurelight," the suit argues. "The similarity of the graphic designs and the names is no coincidence: [The North Face] purposefully invoked [Futura] in order to suggest an association with him.