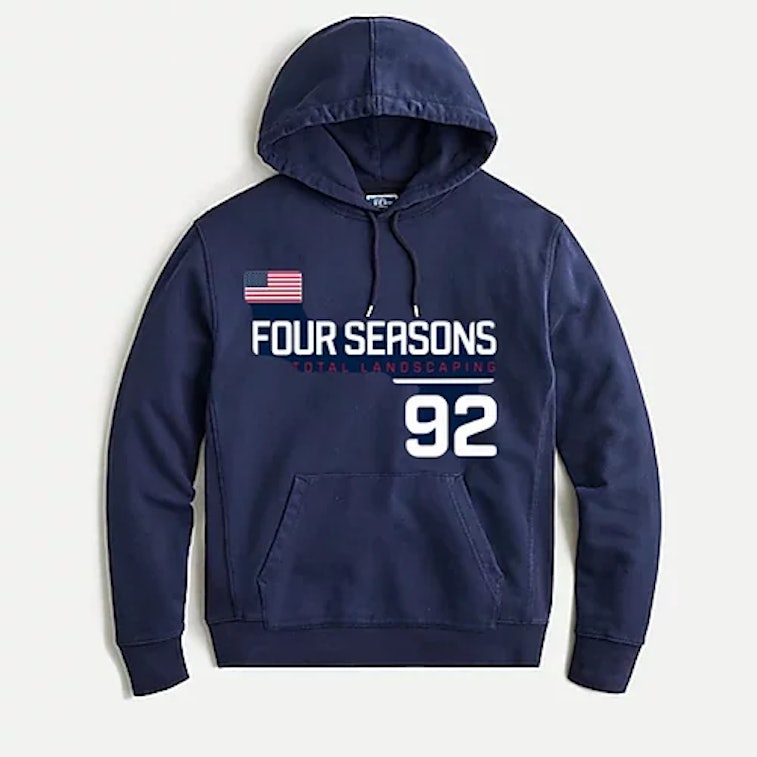 Well, here’s a funny way to start your week. Four Seasons Total Landscaping was thrust into the spotlight this weekend after the Trump campaign — our biggest enemy and an even greater source of entertainment — booked the location for a major press conference. It didn’t take long for the Philadelphia garden center to cash in on its newfound fame with political parody merch.

Trump’s legal team seemed to make a mistake in booking Four Seasons Total Landscaping for its Saturday morning meeting, most likely confusing it for the Four Seasons luxury hotel in Philadelphia. Luckily, the president “accidentally” disclosed the location mix-up. In a now-deleted tweet, he announced a “big press conference” to be held at Four Seasons in Philadelphia, before begrudgingly clarifying the event would take place at a landscaping company with a similar name.

The actual hotel, however, quickly distanced itself from the event. It reiterated where the press conference would be held, making sure to note Four Seasons Total Landscaping was of no relation to the hotel. Based on this tweet, it’s becoming clear that the only hotel Trump is welcome at is his own.

No one is really sure how any of this came to be, but fans of the landscaping company are begging for them to sell their story — or even better, leak the phone call of the booking.

What dropped — The garden center, on the other hand, is taking advantage of the mix-up. The company released a statement saying it would sell merchandise starting Monday, November 9. Right now, stickers, hoodies and T-shirts are available, all playing on Trump’s infamous comments and campaign slogans.

Four Seasons Total Landscaping put forward a hoodie in navy ($50), one T-shirt with a U.S. flag in either navy or white ($25), and a green T-shirt with the company’s signature logo ($25). All apparel offerings come in four unisex sizes: medium, large, x-large, and xx-large.

While the merch is a little plain, it’s 100 percent hilarious and should be copped accordingly — the “Make America Rake Again/Lawn and Order” sticker especially. 2020 has definitely been the best (and worst) year for political merch, with Amazon pulling Proud Boys merch off their website and Biden ruining tie-dye concert tees.

Unfortunately, the press conference also led to people attacking the family business on Yelp, lowering their rating to 1.5 stars. Four Seasons Total Landscaping expressed their bipartisanship in the same post as their merch announcement, clarifying they would have proudly hosted any presidential candidate. The woman-owned company also pushed for Americans to “join together and support all local small businesses at this time.”

Just in case you were wondering how exclusive this merch is, Four Seasons Total Landscaping announced it would be limited edition. So, if you were hoping to get anything from the “collection,” you best move fast before it sells out. Wonder if these will be up on Grailed soon…