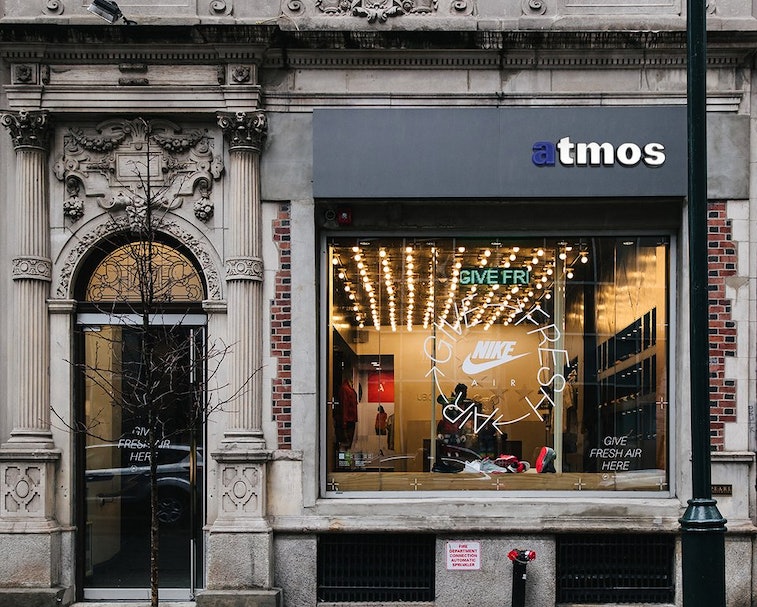 Foot Locker will acquire two disparate sneaker retailers for a total of $1.1 billion in an attempt to expand from the mall business. The company has announced plans to acquire the Japanese boutique Atmos for $360 million and California-based WSS for $750 million, both of which will be paid for in cash.

Atmos, which counts 39 of its 49 global stores in Japan, is well known by sneakerheads for its collaborative releases and highly experiential stores. WSS, meanwhile, primarily operates on the West Coast and has a significant Hispanic customer base for its 93 stores in California, Texas, Arizona, and Nevada.

The two acquisitions, which were announced separately, will see Foot Locker expand into the Japanese market and in non-mall-based stores within the U.S. A press release indicated Foot Locker is already interested in bringing WSS to new geographies outside of its four-state base.

What is WSS? — Unless you live in one of the four states where WSS does business, you may not have heard of the retailer that’s worth more than twice as much as Atmos. Previously known as Warehouse Shoe Sale, WSS opened its first store in 1984 and has made its name, in part, by coming to largely Latino neighborhoods that other retailers have ignored.

The mayor of Lynwood, one such city in California, told the Los Angeles Times in 2018 what’s made the company stick out. “WSS has lived up to the promises it made when it opened in Lynwood — hiring local people, especially some of our young people, and supporting city and civic events,” Mayor José Luis Solache said. “They have been a good neighbor and we wish more companies would follow their model.”

Foot Locker says both WSS and Atmos will continue to do business under their own names, and the acquisitions of both are expected to be completed by the end of the third fiscal quarter of 2021. “Both transactions reflect our commitment to our growth strategy and engaging with new and incremental consumers,” said Richard A. Johnson, chairman and CEO of Foot Locker.