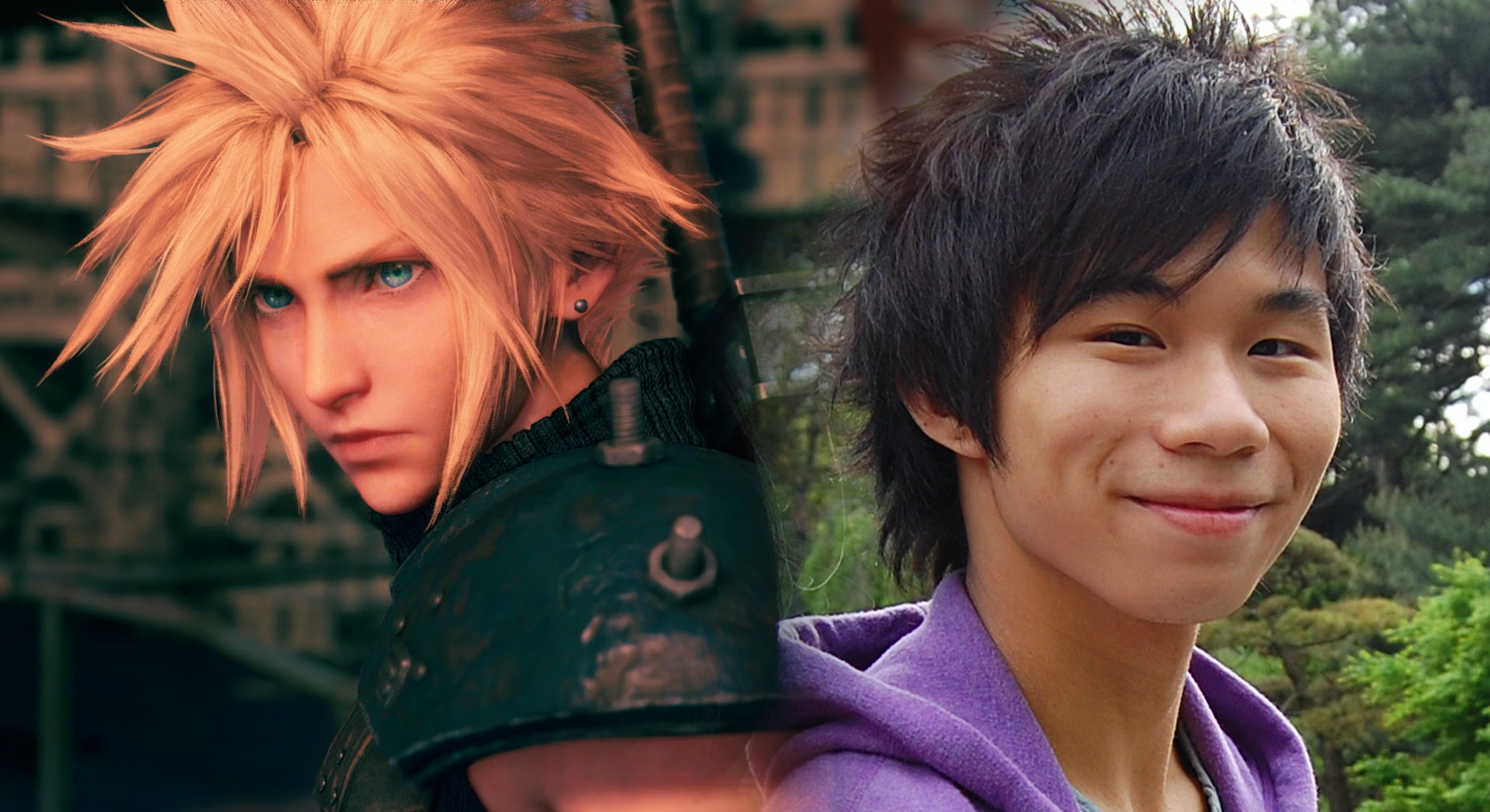 On a sleepy day in the spring of 1998, one of the boys in my fourth-grade class threw down a thick, textbook-sized tome on his desk and started flipping through the pages.

The book wasn’t school-issued and he wasn’t supposed to even have it (he had “borrowed” it from his older brother). This book was different — it had a clean white cover with a spiky-haired Cloud Strife and his massive Buster Sword hoisted upon his shoulder. Below the artwork: Final Fantasy VII.

My classmate was flipping through BradyGames’ official strategy guide for the epic Japanese role-playing game. As he paged through the 200-something page guide, I soaked in the myriad screenshots, completely enraptured by the cutting-edge 3D graphics and the sheer amount of story that commanded such a thick spine.

From that day on, my life has never been the same. Ahead of the April 10 release of Final Fantasy VII: Remake for the PlayStation 4, I’m reminded not only how groundbreaking the game was in the late ‘90s, but how much of a role it played in shaping my interests in tech, style, music, gaming, and culture. Basically everything that Input is about.

Final Fantasy VII was more than just a game to me. Its characters and story served as a life guide, helping me craft my identity as I navigated from kid to teenager to adult.

The reviews are in for Remake and they are overwhelmingly positive. My colleague Jen Glennon at Inverse calls the game “an outrageously beautiful masterpiece”; The Verge says it’s “a thrilling, thoughtful take on a classic”; Kotaku’s review describes Remake as “a grand, ambitious, beautiful experiment.”

I have yet to play the full game, but I can’t wait for the weekend to come so I can return to the world of FFVII. Even so, I was left floored when I got to play several chapters a month ago. My early teenage years came flooding back almost immediately after I hit the start button on the title screen and the game’s iconic “Prelude” theme played on.

Remake, a modern, well, remake of the classic PlayStation 1 JRPG, opens with a high-def version of the classic cutscene of Aerith, one of Cloud’s love interests, in the oppressed city of Midgar. The camera zooms out from the streets to reveal the megalopolis in all of its industrial entirety and then just as quickly zooms back into another sector where Cloud leaps off the roof of a train to join Avalanche, the eco-terrorist crew that’s hired him as a mercenary.

I felt light chills run down my neck seeing Cloud's hair move with realistic wind physics. My shoulders curled, my throat tightened, and my eyes started getting the slightest bit watery (just a little bit) as I gripped my DualShock 4 controller and glanced around the room to see if any of the other journalists there playing the demo were as giddy as I was. My colleague Ryan, who’s the biggest gaming nerd I know, gave me only a beaming smile of acknowledgment.

Five years in the making, Remake is finally finished and gamers worldwide will soon be able to play it. I’ve literally grown old waiting for the game to come out after it was announced at E3 in 2015. While not quite perfect — again, read Inverse’s excellent review on what works and what doesn’t — the game largely delivers on the hype. No small feat when tampering with such a beloved franchise.

For many people, a video game is like any kind of entertainment. A product to be consumed. A temporary escape from reality. Final Fantasy VII was one of those rare games that left a deep and lasting impression on my real life in more ways than one.

As a pre-teen, I didn’t know much about the world. I was a mostly straight-shooting, book smart kid inevitably hurtling towards angsty teenage life. I lacked the kind of sharp, emotional, and rebellious depth I saw in my older sister and friends’ older siblings. I secretly wished for a more adventurous and exciting life, the kind I saw in Star Wars and FFVII.

I didn’t live a sheltered life (my parents are immigrants, and we had little), but I longed for more confidence for self-exploration and expression. More courage to discover my own interests and style instead of following the status quo and being an obedient son of immigrants. While most people credit music or TV or their friends for molding their identity, video game director Yoshinori Kitase and artist Tetsuya Nomura’s 1997 masterpiece was my invisible guidebook.

Everything about FFVII and the PlayStation it launched exclusively on was fucking cool. From a technology standpoint, the game was the pinnacle of innovation. It was released on PlayStation, the “mature” console compared to the increasingly family-friendly Nintendo consoles. FFVII was rated “T” for teen; it wasn’t no kiddie game like Super Mario.

Though I no longer yearn to have Cloud’s gravity-defying hair, I still feel the game’s influences permeating through my life.

I developed an intense fascination with computers, graphics, and animation, and an appreciation for classical music from FFVII. Whereas before I was satisfied with just playing games on NES and Game Boy, never wondering how any of it worked, there was no escaping the PlayStation’s bleeding-edge tech. The game’s three-disc release, full-motion video (FMV) support, and stereo sound unlocked an insatiable curiosity in me. I wanted to know how technology worked and what it could enable — a feeling that has stuck with me to this day.

Before FFVII, I couldn’t sit still listening to piano or violin or cello. I associated classical instruments with oldness and stuffiness. Composer Nobuo Uematsu’s symphonic scores for FFVII put a new spin on the genre, making classical sound modern by effortlessly mixing it in alongside the game’s many memorable rock and synth tracks. Post FFVII, my music tastes broadened. I still can't play an instrument to save my life, but I may never have sought out Mozart or Tchaikovsky or Chopin had Uematsu not moved my young, stone-cold heart with “Aerith’s Theme.”

Perhaps, the greatest influence FFVII had on me was my style. Like most Asian boys, my dad took me to a barber in Chinatown and asked for a bowl cut or crew cut. I looked like every other Asian kid growing up.

It wasn't until high school, as I was finding myself, that I took my first steps in raging against my strict dad by getting haircuts that I wanted. I had to pay for them myself and telling a barber to “make me look like this video game character” got me some crazy looks. But I was persistent in finding a hairstyle that made me feel comfortable in my own skin and that projected confidence.

I learned a few things trying to style my hair like Cloud. First: getting your hair cut right is essential before styling it. I went to new salons every few months before I finally landed on a guy who used an unorthodox technique combining scissors and razor blades to essentially slice and layer my hair to give it texture for styling.

And second: understanding the coarseness of your hair and using the right hair product is key to pulling off the Cloud look. Blobbing on a handful of L.A. Looks gel not only looked tacky, but made my hair hard, wet, and flaky. After much trial and error, I eventually landed on hair wax and clay, mostly Moving Rubber made by Gatsby. This stuff is the holy grail for getting anime character-like hair: lightweight, matte, and natural-looking.

Looking back, I laugh at my Cloud-inspired hairstyles. It’s funny that I spent so much money and effort into trying to be different just like Cloud — to be understood while still making a physical statement through my appearance.

I also get teary-eyed thinking about how Cloud (and later Zack from the PlayStation Portable game Crisis Core: Final Fantasy VII and Noctis from Final Fantasy XV) piqued my interest in the “cyber” aesthetic that is now so widely popular. A fashion trend that's largely fueled by techwear from brands like Nike ACG, Acronym, and Adidas’ Y-3.

If not for Nomura's character designs, I don't think I would have a strong preference for apparel with zippers, pockets, nylon straps. I would not have took risks wearing more head-turning asymmetric pieces.

Twenty-three years after its release, FFVII continues to inspire me in subtle ways. Though I no longer yearn to have Cloud’s gravity-defying hair (or a dope silver earring for that matter), I still feel the game’s influences permeating through my life. I’m thankful for all the interests the game helped me discover and the like-minded people — the gamers, the comic con geeks, the hypebeasts, the artists, and more — I met along the journey who instead of shunning me embraced my weirdness. FFVII gave me the self-esteem to be true to me and nobody else.

FFVII challenged and pushed me, both physically and mentally, in directions I never imagined. There’s no doubt, it’s one of the greatest video games ever created. I can only pray Square Enix does the Remake series right so that the franchise can influence new generations in the same profound way it did me.