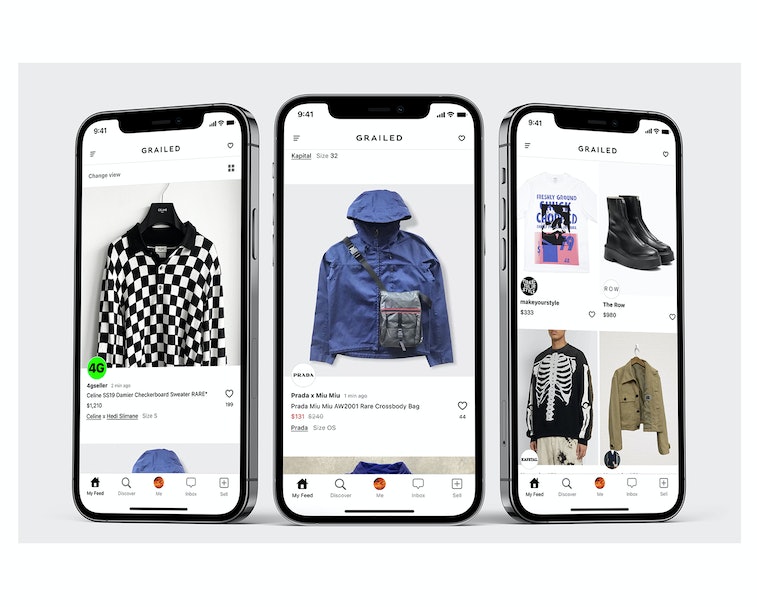 Grailed, the premier marketplace for secondhand menswear and streetwear, is debuting a revamped app for its mobile users. iOS users will now be able to create a personalized “Feed” designed to decrease the amount of time spent digging to find exactly what they’re looking for.

Beginning today, Grailed users can customize their feed by following up to five of their favorite designers and sellers, as well as adding precise search terms and specific collections. To narrow down the listings further, users can also select their exact sizes under the “Account” tab and avoid seeing any items that won’t fit.

“One of our biggest differentiators is our community of passionate buyers and sellers who have been connecting over clothing since we first came onto the scene in 2013,” Grailed CEO Arun Gupta said in a release. With the launch of personalized Grailed Feeds, users can now follow and see each other’s activity on the marketplace, further strengthening the bonds between our community on the platform.”

The secondhand market is booming — The launch of its retooled app comes just a month after Grailed secured $60 million in its latest round of funding. Overall, the secondhand clothing market is predicted to reach $51 billion by 2023, according to research from GlobalData PLC, with new and existing players seeking to cash in.

Just last week, Urban Outfitters launched its Nuuly Thrift app in an attempt to compete with the likes of Depop and Poshmark. Brands including Lulelemon and Levi’s have also begun to offer their own used products for a discount, while outdoor outfitters including The North Face and Patagonia repair their own gear before putting it up for sale again.

Etsy announced this summer that it would acquire Depop in a deal worth $1.63 billion, while Poshmark launched an IPO in January putting an initial valuation of the company at more than $3 billion. While Grailed hasn’t divulged what its most recent round of funding has placed the company’s valuation at, its total funding to date has now hit $80 million.