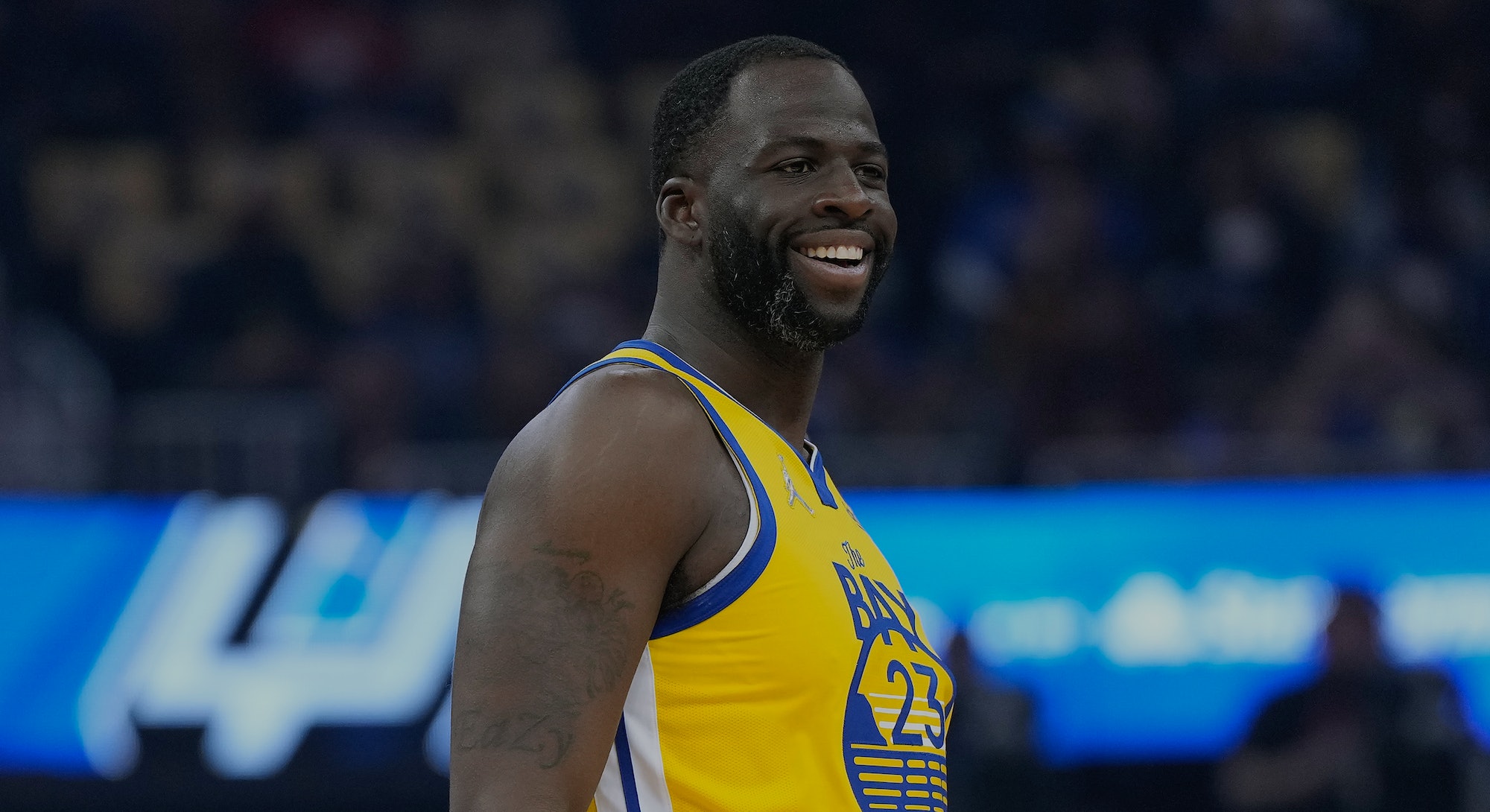 After missing two months because of a lower back injury, Draymond Green recently returned to a different Golden State Warriors team than he’d last seen. Star shooting guard Klay Thompson was back on the lineup after two agonizing years out with injuries, and the old trio including Steph Curry was finally back together. The three played just two games together, though, before Curry suffered an injury himself that may keep him out until the NBA playoffs begin.

Also new for Green is the Converse All Star BB Shift, a brand new basketball sneaker that launched while he was recovering. The BB Shift isn’t a signature shoe, but Green is still the primary face for the sneaker and Converse basketball as a whole after signing a lucrative contract in 2020. Nike has lent its Air Zoom technology to provide responsiveness in the midsole (Converse is owned by Nike) while a TPU shield helps keep the shoe’s wearer upright through lateral movements. The BB Shift also features a multi-directional pattern on the outsole to further prevent slipping, and leno weave pods use a unique knit pattern to bolster support and breathability.

With a few games now under his belt in Converse’s new top-of-the-line shoe, Green hopped on a Zoom call with Input to discuss how it fits within the jackknife playing style that’s made him one of the most unique players in the NBA. He also got deeper into kicks talk, discussing how often he changes his in-game shoes and the sneakers he was obsessed with as a child growing up in Saginaw, Michigan.

What are your first overall impressions of the All Star BB Shift?

I’ve only had the opportunity to play in the shoe a few times because of the injury, but so far I’ve really enjoyed it. Number one, I like to find the balance for a tight shoe — but not so tight that my feet go numb. It checks all those boxes. And sometimes you get into a lower shoe and you lose that tightness and security. So that was one thing I really appreciated about it, especially through the midfoot, which is one of the places where I’ve had issues with my feet.

Throughout the entire shoe, from the toe box to the midfoot, you feel that security. Another thing I thought was great on this shoe was the grip and how it allows you to plant on the court and move.

Is there anything about the shoe that specifically supports your style of play? You’re well-known for being able to play all five positions on the court.

Yeah, I think that’s where the grip comes in. I don’t want to sound cliche, but being able to shift with the shoe really lives up to its name. For me, who’s all over the court and switching — sometimes I’m on a five man, and that’s where I appreciate the security. When I say security, I mean the firmness, not feeling like you’re sliding around out there.

When I’m switching and guarding guards or I’m essentially acting as a point guard in our offense, being able to be elusive — I think it covers all those tracks. You’ve got the security for a big man but for a guard it’s not too secure where you can’t move as much.

Have you noticed any differences from the Converse G4 you played in last season?

It was a little bit more bulky, whereas the Shift is a lot more sleek.

How long do you typically play in a sneaker? I know some players like to keep using them through multiple games, while others want a new pair every night.

I’m personally the type of guy who will run a pair of shoes into the ground. I’ve always been that way. But as of late, with all the colorways that I do, I try to switch it up more. When you’re on the team with all these young guys, in order to not look like the old guy, your kicks game gotta flex.

You can’t be in the same shoe sitting next to Jordan Poole. His thing is, every game he’s checking out my shoes. Even though I’d prefer to run a shoe into the ground, these young guys won’t allow me to do that.

If left to your own devices and not having to worry about looking like an old man, what are you getting out of running a shoe into the ground?

It’s just like anything else in that your feet just get used to a shoe. It’s a different feeling when putting on a new shoe, trying to break that shoe in. When you’ve already become accustomed to a shoe, that shoe takes on the form of your foot. Every time you’re in a new shoe, you’re chasing that thing.

Do you feel any of that similar pressure from the young guys when it comes to your pre-game outfits?

That’s just become a huge part of the NBA. Pre-game tunnels are the runway. More so than pressure, I think it’s just something that a lot of guys really appreciate.

Do you plan out your outfits ahead of time? I interviewed PJ Tucker a few years ago before the season, and he said they essentially had the entire season full of pre-game fits booked already.

Absolutely not. I go in my closet when I wake up, pick something, and go about my day. Much respect to the guys who do that, but that’s an entirely different job. Sometimes I start with a jacket or a pair of shoes, and I build out from there.

How big of a sneakerhead were you growing up?

I loved sneakers growing up as a kid, but we couldn’t quite afford many. Once I got to the point where I could have access to more shoes, that’s when I really started putting my collection together. In college I could really start my sneaker game.

Were there any grails you couldn’t get as a kid but came back to when you went pro?

When I was in third grade, I wanna say that’s when Nike came out with the zip-up [Air Zoom Flight] “Glove”. I wanted that shoe really bad, and I got in trouble in school. So my mom bought me this terrible pair of, like, $27 Nikes to play in. That was right before the playoffs started in elementary school. So my brother, who was always great in school and never got in trouble, she bought my brother the Gloves.

When I got in the NBA, the Gloves re-released and I bought like four pairs just to scratch that itch I couldn’t get when I was a child.

Did you say anything to your mom about it?

No, I just did it on my own. I’m sure she don’t remember.

That’s the kind of thing you’ll never forget, though. It haunts you.

Before we wrap this up, is there anything else you want to say about the All Star BB Shift or working with Converse in general?

I really appreciate the sense of collaboration and the detail that goes into all the shoes. Like how the sole of the shoe allows you to react to a cut.

My experience working with the brand has been incredible. Last year, I was heading into the Olympics and having a problem with the sole of my shoe. It was the first time where I was slipping. I called up [Converse] and said, “I’m slipping. I’m going to have to switch back to something else.” By the time I arrived at the Olympics two or three days later, I had a different shoe with the soles corrected. So I appreciate that collaboration and them making these the absolute best shoes they can be from a performance perspective.