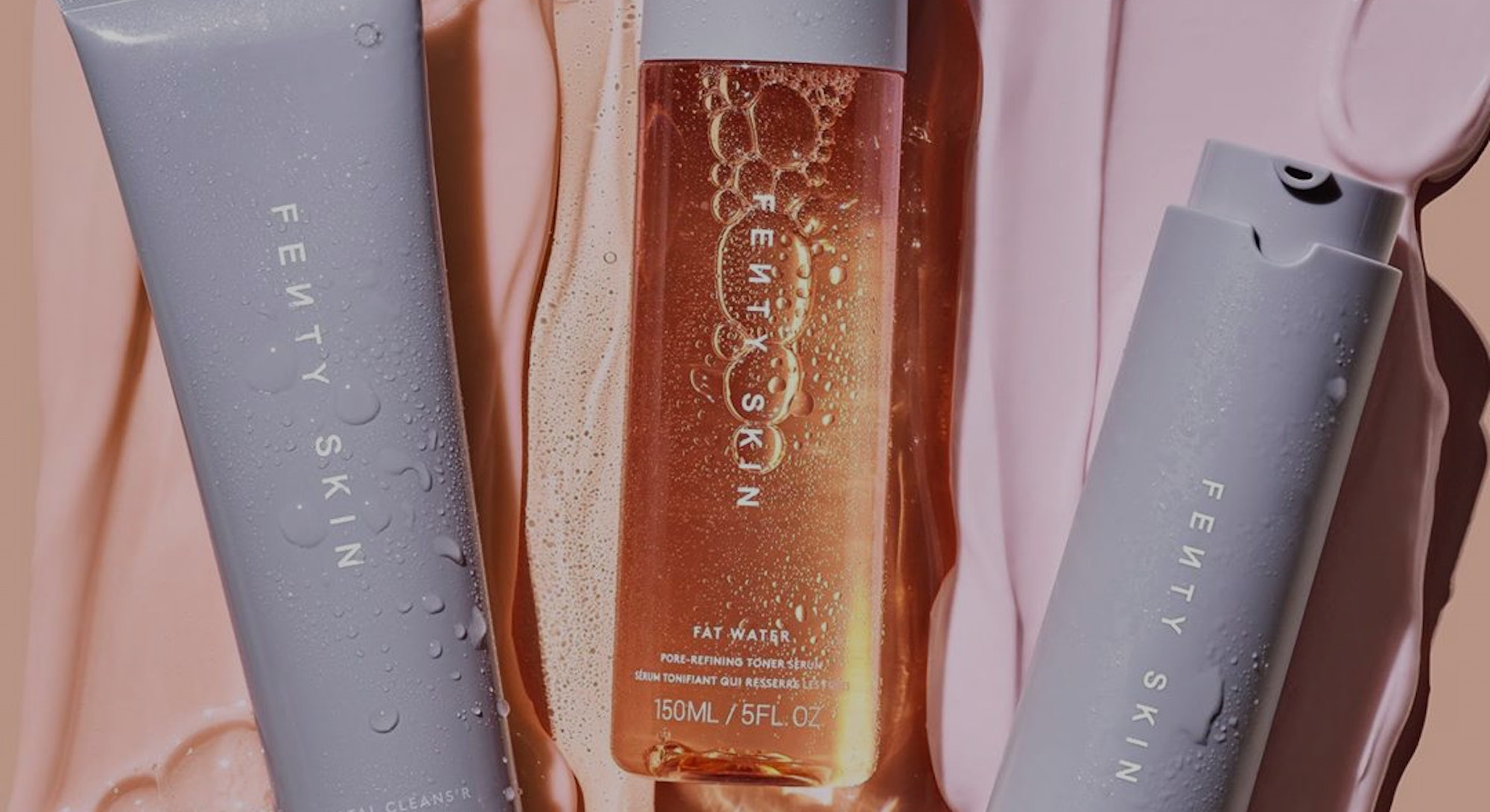 Despite the pandemic forcing us to cover our faces, looks are still everything to some.

Whether you’ve kept yourself company with a mirror or vainly admired yourself on Zoom, the pandemic has us studying our own faces more than others'. Unfortunately, some of us have concluded we have faces fit for radio, not FaceTime.

Celebrities have picked up on this too — perhaps because for them, their face is money. But the pandemic has stars seeing cash in other people’s faces now, which is why you might’ve noticed every celebrity you know and love launching a skincare line. At this point, the market is drowning in them, making it impossible to navigate which lines are legit and which aren’t worth it.

I’ll admit, I have looked at Jennifer Lopez and wondered… is she really 51? But I know the secret keeping her looking like Jenny From the Block isn’t her new skincare line — it’s the fact that she’s rich. And while “rich” can’t be bottled or bought, celebrities come close with the elite spas, treatments, and products only they can afford. Then they’ll sell you an overpriced skincare line with a face worth millions.

The problem is, there’s not one cheap face in Hollywood. The likes of Kylie Jenner, Madonna, Pharrell Williams, Miranda Kerr, Gwyneth Paltrow, Jessica Alba, Victoria Beckham, Rihanna, and even teen star Millie Bobbie Brown have all released their own skincare lines, in a promise to spill their “secret” to a flawless face directly to you.

Stars are no longer content being spokespeople — launching their own company generates more cash and offers some equity. Plus, in true celebrity fashion, they get to be the star of their own show. Rihanna reportedly owns 15 percent of Fenty, whose beauty sector alone made $600 million in 2019. Last January, Kylie Jenner sold 51 percent of her Kylie Cosmetics in one of the greatest celebrity cashouts of all time, a deal valued at $1.2 billion.

While it’s easy to look at the numbers and decide to start a line of your own, note that stars’ success comes with a huge level of influence and a dedicated fan base. Both Jenner and Rihanna are household names, and together hold 296 million Instagram followers. Of course, if you’re a fellow celebrity — and a good one, at that — you’ll already have the business prerequisite of millions of fans and dollars. It’s only natural to capitalize on your platform.

The move, however, is a gamble — celebrities are putting their own money on the line, rather than a brand’s. They have to be confident in their fan base, their products, and most importantly, their marketing teams.

“Celebrities are getting into skincare right now because it’s lucrative,” said dermatologist Dr. Nikki Dietert in an interview with Input. “It’s a way to pivot from their notoriety and profit off their followers.” Basically, when you buy into a celebrity skincare line, you’re buying into the celebrity’s “brand.” While a flashy name and pretty packaging looks nice, you might not necessarily be buying actual working products, or ingredients.

What works for Rihanna unfortunately might not work for you.

Dr. Dietert says it’s important to look for active ingredients when researching products. “You want to look for what type of product it is — is it physical? Chemical? What’s the form of the ingredient and how much is in it?” In general, it’s best to research what’s best for your skin. Each individual has different needs, and what works for Rihanna unfortunately might not work for you. Excluding the fact that she’s already genetically blessed, skincare comes down to a person’s own intolerances and allergies. It’s also important to note that most topical products can only penetrate so far.

Ironically, ingredients seem to be the most important part of product promotion nowadays. There’s been a dramatic change in skincare marketing over the last few years, with brands jumping onto “clean” skincare keywords like organic, non-toxic, plant-based, and anti-cruelty. Sure, the labels sound good, but do brands really practice what they preach?

Thanks to its catchphrases, the clean skin market is a new and emerging field, peaking consumer interest but also escaping governance. A product can pretty much claim to be whatever it wants to be without FDA regulation, said Dr. Dietert, meaning the brand just doesn’t have to scientifically prove its products are what it says they are. “Kylie Skin says it’s gluten-free, which is clever marketing,” Dr. Dietert added. “Most products are [gluten-free], but Kylie Skin thought to market it that way so that audiences would know that was something they should look for.”

Of course, most celebrity products promise to transform buyers by sharing some star quality. Jennifer Lopez's new skincare line, JLo Beauty, promises a “J. Lo glow” through brightening ingredients like rice sake ferment, while her staple product, That Blockbuster Wonder Cream, aims to protect skin with moisturizing hyaluronic acid and sunscreen. Lopez differentiates her line from others, however, by adding olive oil into the mix. She claims that even before she was famous, olive oil was her family’s secret to ultimate hydration and glowing skin. Up to you whether you buy the product or hit up a grocery store.

Besides ingredients, stars are also looking to expand their market. Fittingly named Humanrace, musician Pharrel Williams’ new skincare line is for everyone — guys too. The line keeps it simple with three steps: prepare, repair, and protect. A dry Rice Powder Cleanser claims to dissolve dead skin cells with alpha hydroxy acids and detoxify with kaolin clay, preparing skin for the Lotus Enzyme Exfoliant. With a relatively high glycolic acid concentration (eight percent), the exfoliant invites new and fresh cells to the skin's surface. The line is then completed with the Humidifying Cream, a moisturizer filled with hyaluronic acid, snow mushroom extract, and soothing rice water. With powerful ingredients, Williams’ skincare line stands out in an efficient manner. Not everyone has time for a lengthy celebrity skincare routine.

“It’s a way to pivot from their notoriety and profit off their followers.”

Like any product, it’s all about using keywords and advertising to lure the customer in. But use the wrong phrases, and the line will fail. Jessica Simpson entered the skincare game in the early 2000s with Dessert Beauty, but didn't see the same success as Lopez or Williams. Despite Simpson's line actually being edible, what sunk Dessert Beauty was poor marketing. Products like “Hot Body Topping” were critiqued for being hyper-sexualized, while her “Deliciously Kissable Belly Button Love Potion Fragrance” actually landed her in a lawsuit. The product name hit too close to home to another perfume dubbed Love Potion, even though Dessert Beauty had added multiple nonsense words to its label. Both the lawsuit and the dying belly button fragrance market ended Simpson’s skincare career… for now.

Just because something claims to be vegan, gluten-free, or clean doesn't mean it's effective. But while catchphrases bait customers, it’s worth noting that only quality product will keep consumers buying and business afloat. Celebrities are in it for the money, of course, but no star wants to slap their name on a product that doesn’t work, especially when those buying the item are buying it for the name. So, expect a celebrity skincare line to work somewhat — but read the ingredients first!

For a celebrity, looking nice is part of their job. Given most of us have worked behind a screen in sweats this year, our priorities might be a little different. Even though Jennifer Lopez and many other celebrities are adamant they’ve never had Botox, there are countless other cosmetic procedures that can give a similar effect. Microneedling, for example, will deliver similar results to Botox for a modest $700 per session.

But say J. Lo actually has a severe needle phobia, and is just genetically blessed. She still hasn’t been using the same Cetaphil face wash as the rest of us, and considering how long she’s been famous, it’s been a while since anything from CVS touched her face. No matter how naturally beautiful Jennifer Lopez may or may not be, you can’t deny her skin is pampered more than average.

“A lot of celebrities credit their skin to products, without acknowledging the cosmetic procedures they receive,” Sidney McKenzie told Input. “Celebrities often receive procedures like fraxel laser resurfacing, microneedling, or plasma-rich-protein facials, which are very powerful and can do much more than what a product can. I’ve personally had fraxel laser resurfacing and the results have been amazing, which is why I would never fully credit my skin to products.”

McKenzie has been a skincare lover since she was a teenager, and started her beauty Instagram account, @glowbysid, in 2017. In 2020, she added a TikTok to her skincare influence, and has already amassed over 2,000 followers on the platform. While she loves celebrity beauty products, she claims skincare is a different game. “With makeup, you can see how the product performs immediately, but skincare takes more time,” McKenzie said. “I don’t think celebrity skincare can’t work, but I do think there is a lot of false representation, and from what I’ve seen, there are often better alternatives from other brands in terms of effectiveness and price.”

Interestingly enough, there is a new type of celebrity McKenzie does trust with her skin. “I am more inclined to try skincare brands created by skincare influencers, like Liah Yoo or Susan Yara, because they’re known for their expertise,” she said. Influencers don’t have the same clout as J. Lo, but that might just be what makes them successful. Without a huge marketing team and piles of cash, it’s more likely they’re telling the truth about their products and results.

In a world of picture-perfect celebrities, influencers feel more relatable to consumers. They’re “real” people with “real” skin, and are known for their research, personal product trial-and-error, and most of all, documenting everything they do. Inviting consumers into their everyday life earns them trust, and later, success.

Not every celebrity line is bound for success, though. First Lady Melania Trump attempted a now-obsolete skincare line advertised as “caviar complex.” The line reportedly included actual caviar imported from the South of France and promised to “repair, hydrate, and renew the skin.” But, per The Cut, lawsuits, drama, and chaos ensued. We all know the Trumps have a long, long, long record of failed businesses.

It’s impossible for everyone to be successful, but if you’re a celebrity, it’s what you’re used to — and what’s expected. While we haven’t seen any skincare (yet) from Travis Scott, every one of his million collabs, no matter how frivolous, has sold out in minutes. Celebrities want money, and we’re clearly willing to give it to them, so don’t expect the skincare pipeline to dry up anytime soon. After all, if you had the same skincare routine as Rihanna, you’d be willing to pay the price.