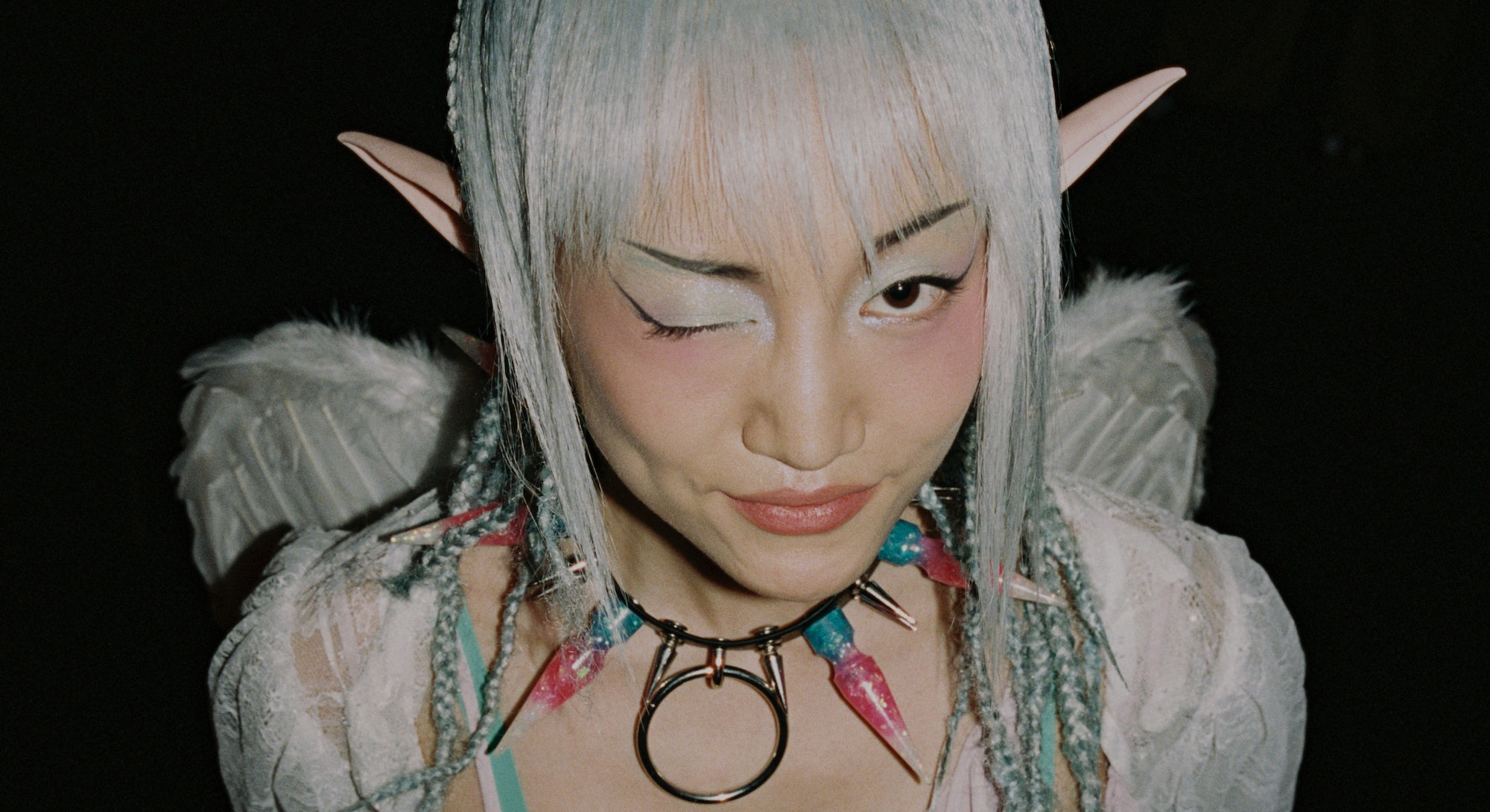 One of Halloween’s biggest horrors is the excessive waste that accompanies the holiday.

From single-use costumes and plastic candy wrappers, to mass-produced decorations, most everything associated with Halloween is meant to be disposable, taking a toll on both the environment and our wallets. This year alone, U.S. consumers are expected to spend up to $10.14 billion on Halloween-related items, including $3.3 billion on costumes.

Still, dressing up for Halloween is one of the best parts of the holiday. It’s your time to show off your pop culture relevance and costume creativity — and today, fast fashion outfits and expedited shipping make it easier than ever to dress up as Kim Kardashian at the Met Gala, a Squid Game character, or even a sexy Bernie Sanders. But each mass-produced costume, made with poor materials and even poorer labor standards, only adds to Halloween’s environmental impact — and will likely end up in a landfill for a longer time than its cultural relevance.

Wearing a costume you already own is the most sustainable option, but not always the most appealing. Halloween is a night you could be anyone, and most don’t want to dress up as the same person each year — not to mention previous costumes may not fit or make sense as time passes. Luckily, there are other circular Halloween options that allow you to dress up as whoever (or whatever) you want.

Depop, a resale marketplace app, offers a greener Halloween with an array of sustainable fashion. From Freddy Kruger’s infamous striped sweater to psychedelic ‘70s wear, circular costumes are well within reach, and according to Depop, ideal for everyday wear.

“Gen Z and Millennials are looking for more sustainable costume ideas, which means turning to platforms like Depop which promote circular fashion and unique, one-of-a-kind finds at a reasonable price point,” Michael Ford, Depop’s Senior Culture and Trend Researcher, told Input. “A lot of the products and styles we see our sellers selling in-shop are also items that can be worn after Halloween and can be incorporated into your everyday wardrobe.”

Ford highlights Y2K styles that have gained popularity on TikTok. “Emo, Goth, and Indie categories all lend themselves to the Halloween aesthetic, and are very of the moment. Of course, pop culture always plays a massive role in Halloween themes,” he adds. Currently, Depop has seen a surge in searches for Y2K costumes, including Paris Hilton and Britney Spears.

Depop seller Andy Margaillan has noticed a similar trend — “Y2K styles have been booming recently,” he told Input in an interview, noting how quickly the ‘00s pieces sell. Margaillan, who uses he/they pronouns, has been selling clothing on Depop for about two years, describing their store HandPicked Dynamite as “an eclectic mix of ‘70s staples, ‘90s grunge, and Y2K.”

When the pandemic began, Margaillan saw an increase in sales, which he attributes to TikTok and the public’s growing interest in sustainable fashion. Since starting to sell on Depop, Margaillan has slowly put more and more time into their shop, curating pieces by what inspires them. For Halloween, they’ve prepared outfits that align with what they call “the classics” — witches, ghouls, and vampires — alongside Y2K pieces that might align with Nicole Richie or Mean Girls costumes.

“Fairy aesthetics are also strong right now, which is fun because there’s not really a set rule on how to dress like a fairy,” Margaillan adds. “It started out with whimsical cottagecore fairies, and now we’ve transitioned to a more earthy, grungy fairy.” On Depop, there have been more than 18,000 searches for “fairy grunge” in the last six weeks alone, meaning plenty of wings will be out this Halloween.

“Y2K styles have been booming.”

“The cool part about shopping secondhand and vintage is that you can wear these pieces all year long,” Margaillan says. Unlike a fast fashion Halloween costume — which barely survives through a Halloween party, they note — secondhand pieces allow you to put your own creative spin on a costume. This year, Margaillan plans to wear a disco cowboy costume he saved from last year, which he embellished himself.

For Margaillan, sustainability doesn’t just apply to Halloween. “Shopping small helps individuals rather than corporations,” they say. “By shopping sustainably, you’re actively making an impact on someone’s life.” Depop has gathered an audience that’s very conscious about their consumption, Margaillan says, noting himself as part of that audience. With so much waste in the fashion industry, their Depop shop is about “saving as many of those pieces as possible,” they add.

Fellow Depop seller Mari Smith agrees with Margaillan, although their curation styles differ. While Smith stocks her shop with some ‘90s and ‘00s styles, most of her business comes from her handmade crochet pieces. “My shop is called KutieKut because I try to keep everything as cute as possible,” Smith told Input. She opened her shop in June of 2020, about three months after she learned to crochet.

“Crochet is huge right now,” Smith says. “My best-selling pieces are bikini sets, skirts, and hats, but lately I’ve been making so many ski masks.” She speculates people wear her creations to festivals, vacations, and as Halloween costumes: Her most recent sales include crochet ski masks with horns and bunny ears, as well as crochet yin and yang skirts. For the holiday, Smith plans to wear one of the bunny ski masks herself — although she maintains the style is suitable year-round.

Unlike fast fashion apparel, Smith’s crochet pieces are better quality, and “durable enough to last 20 years,” she says. And while crochet is trendy now — with no guarantee of later popularity — Smith notes that the styles can be reworked in all sorts of ways, giving shoppers the option to change the fit of their pieces entirely.

Whether or not Margaillan and Smith’s customers are shopping for Halloween costumes, their larger focus is on sustainability. On Depop, people want to keep styles circulating rather than ending up as waste — to them, nothing’s scarier than single-use apparel.