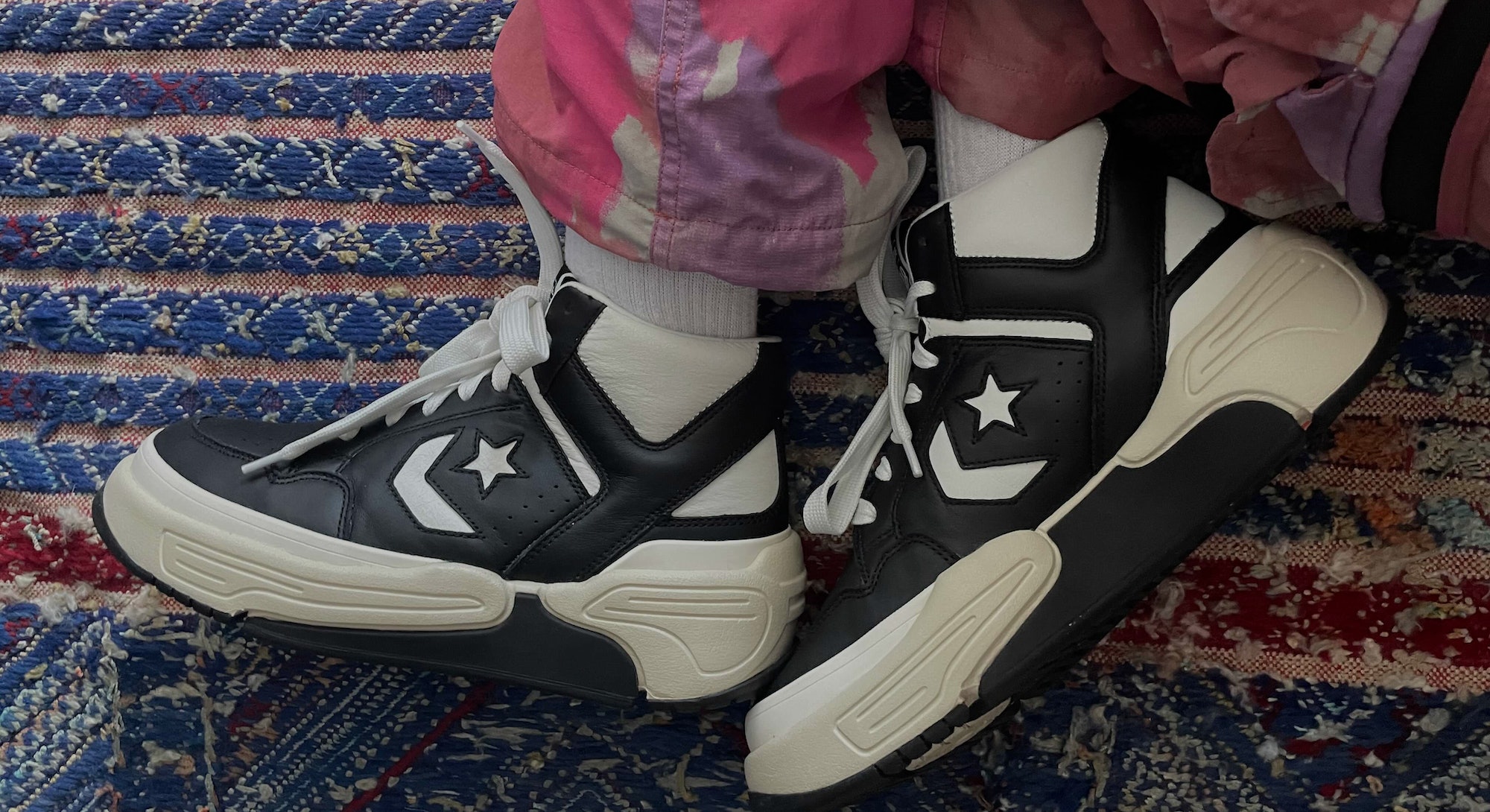 Converse’s expansion of its comfort-driven CX line has brought back the Weapon, the iconic ’80s basketball shoe worn by Magic Johnson and Larry Bird.

Instead of a mere reissue, the high-top sneaker has been brought back with an entirely new midsole and outsole with vastly superior cushioning and grip than was technologically possible 30 years ago. Even the upper, which Converse took care to keep visually consistent with the original, tucks additional padding away from sight to create 360 degrees of comfort.

The multi-faceted approach to comfort sets the CX line apart from the Boost and React cushioning technology by Adidas and Nike, respectively, which focus their attention underneath the foot. CX is also less focused on performance and is instead spearheaded by the lifestyle space, which the updated Weapon is now a part of.

Well ahead of the Weapon CX’s fall release, Converse provided a pair of the sneakers for me to wear. In the week since I’ve been absolutely blown away by how comfortable they’ve turned out to be — far more so than any high-top lifestyle sneaker I’ve ever worn.

The most obvious comparison for the Weapon is the Air Jordan 1, which debuted just a year prior to Converse’s sneaker in 1985. Both are high-top basketball sneakers with a color-blocked leather upper that have long been left in the dust for their performance qualities. The Weapon’s legacy endures only in the minds of those well versed in basketball and sneaker history, while the Air Jordan 1 is still one of the most coveted shoes of today because it was the seminal shoe worn by Mike.

The Weapon’s legacy endures only in minds of those well versed in basketball and sneaker history.

As a result, no one really cares that the Air Jordan 1 isn’t all that comfortable. The once innovative Air-cushioned midsole does little for the soles of your feet compared to contemporary sneakers, but sneakerheads suffer through wearing it because of the rich history involved in reissuing, or “retro-ing,” the very same sneaker more than 30 years later.

The Weapon, meanwhile, has only rarely been re-released over the past decade and isn’t as beholden to its original specifications. Converse had much more leeway in reconfiguring the sneaker for its introduction to a new generation, a freedom that’s led to a vastly superior feeling compared to the more well-known kicks of the era.

I’ve worn the new Weapon CX throughout several rounds of errands — multi-hour walking trips that I would never wear an Air Jordan for — and have been blown away by the support the sneakers have provided. One of the first things you’ll notice is that the lightweight midsole isn’t as pillowy as the leading foams from other sneaker companies. It’s a bit stiffer, but not any less comfortable for the less cloud-like sensation.

Converse has made a sure-fire hit out of the revived Weapon.

What does feel like a pillow, though, is the padding that sits underneath the leather upper. Your ankles won’t feel constricted by the high-top cut and, instead, are surrounded by ultra-soft cushioning that seems counterintuitive for its outward appearance. From the outside, the Weapon is aggressive and bulky — but inside it’s how I’d imagine it is to be big-spooned by Hayao Miyazaki’s Totoro.

From a purely aesthetic perspective, the Weapon is also a welcomed addition to my rotation. For now, the retro flair comes without any of the ubiquity that leads to other iconic sneakers making you look like everyone else. I’ve yet to be daring enough to rock these behemoths with shorts, but they’ve looked great with the wider-cut pants that are ushering in the death of skinny jeans.

So far, the black-and-white pair Converse sent for review is the only version the public has seen, but the future of the shoe is ripe with possibilities. The original “Choose Your Weapon” campaign involved color schemes for the NBA’s leading teams, and it’s hard to imagine Converse not tapping back into those basketball ties again. And then there’s a phenomenon that never would have happened as recently as 15 years ago, let alone in 1986 — designer Rick Owens has announced he’ll tinker with the sneaker as part of an upcoming collaboration.

By expertly bridging the past and the present, Converse has made a sure-fire hit out of the revived Weapon. While it won’t go on sale to the public until fall, the wait should be well worth it. And in the meantime, I’ll be wearing my Jordans for show but my Weapons for comfort.