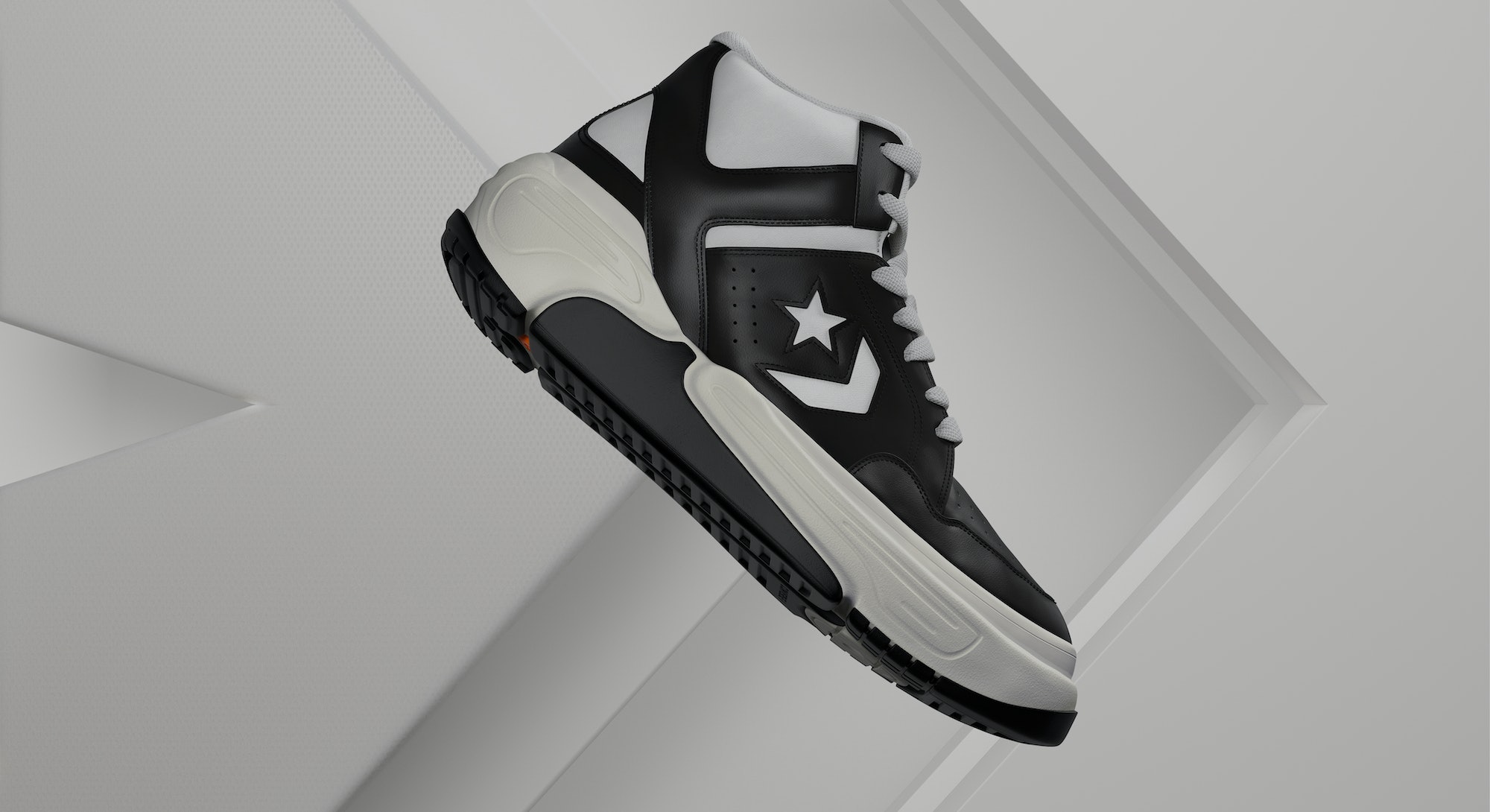 Converse’s CX line began last year by giving the 100-year-old Chuck Taylor All-Star its biggest improvement yet. Featuring a combination of proprietary and EVA foams, CX brought Converse into the mix of contemporary sneakers with lightweight and highly cushioned midsoles. And now it’s about to get a lot bigger than just the Chuck Taylor.

The CX line will now expand with a trio of new shoes headlined by the return of the Weapon, the iconic ‘80s basketball sneaker worn by Magic Johnson, Larry Bird, and damn near every star who wasn’t Michael Jordan. Converse has taken care to recreate the upper as close as possible to the exact specifications of 1986, while the outsole has been completely redesigned to support strides alongside the comfort of the CX foam outsole.

Converse has also unveiled the new Aeon Active CX, a hybrid running and lifestyle sneaker, and a Run Star Motion that brings more comfort to the popular Run Star Hike silhouette. But for those who came to sneakers through basketball and are steeped in their history, nothing hits quite the same as the Weapon.

“The Weapon was the dominant shoe in the ‘80s, but now it’s a little bit less known,” Matt Sleep, Converse’s global design director for special footwear projects, told Input. “It’s a bit of an outsider, and now we have the responsibility of educating kids of today on the history of the game and its equipment and contemporize it as well.”

When the Weapon first launched in 1986, it was a breakthrough in the market for its heavily padded upper and the distinguishing “Y-bar” that helped provide stability in a game that was then dominated by big men.

Rivals Magic and Bird were the lead endorsers for the shoe and starred in a commercial in which they played one-on-one while wearing the sneaker in Los Angeles Lakers and Boston Celtics color schemes, respectively. “Choose Your Weapon” was the tagline, and the campaign would go on to include Isiah Thomas, Bernard King, Kevin McCale, and Mark Aguirre — with each getting a color variant to match their teams’ uniforms.

As Weapon returns today after being largely dormant for the past decade, it’s easy to reduce the changes that CX brings to its midsole. But unlike Adidas’ Ultra Boost or Nike’s React, CX involves bringing in more comfort through the entire shoe. For other CX shoes that means a new, more stretchable Canvas — but the Weapon tucks away additional padding away from sight and underneath the familiar upper.

The more noticeable improvements come in the midsole and outsole, which have been completely retooled as the Weapon comes into the 2020s. The original midsole now looks plain by comparison, replaced by sweeping lines sculpted to invoke the future. Further below, the midsole has been remapped for both better flexibility and traction. 25 years after the original, the Weapon isn’t jumping back onto the court, but these adjustments should make it comfortable to walk in all day long. The idea is to give it a sort of modular feeling underneath, and if you turn it over you’ll be able to see the CX foam through the rivers created by the outsole’s gap.

“First and foremost was comfort,” Sleep says. “That’s very important for pretty much all footwear designers and sneaker enthusiasts, but I think visually you need to see that as well. The Weapon’s also always had an unabashed style — I mean it’s called a bloody Weapon, right — so we had to make sure it was unapologetic, too.”

While the shapes of the upper remain largely the same — thanks to rulers, tape measures, and calipers used during trips to the Converse archives — they’re done in a leather far more premium than what was available nearly 40 years ago. This should be felt more than seen however, as Sleep says his team also took great pains to ensure even the grain today matches that of the past.

Going forward, even after the three new sneakers announced today, Converse will make greater use of its CX system. By 2022, all Chucks will make use of CX’s foams and stretchable canvas without changing the appearance of the longest-running sneaker on the market.

This bridging on the past, present, and future is what Converse does best, and we see it consistently with the Chuck Taylor that seems to be as versatile as eggs or butter are to chefs. The Weapon hasn’t been utilized quite as often, and with its return will come nostalgia for older sneakerheads and the idea of something brand new to those much younger. Once again, we’ll be able to choose our Weapon.