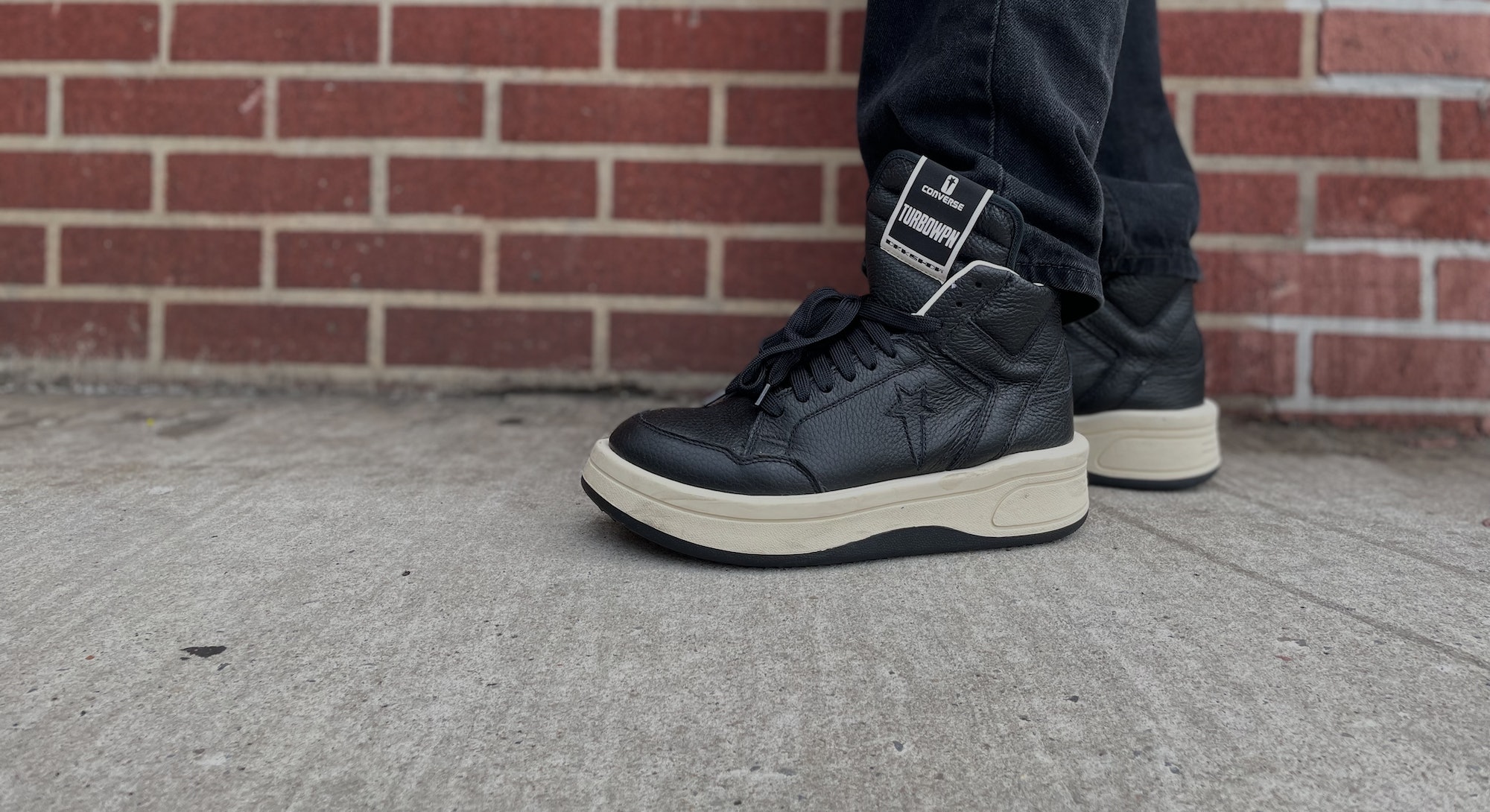 Rick Owens, aka the Lord of Darkness, doesn’t get enough credit as an early pioneer of meeting sneakers with luxury.

In 2006, the designer known for his draping silhouettes and love of black took inspiration from Nike’s iconic Dunk to create the Geobasket. As Owen’s answer to sneakers he viewed as too “prosaic,” the hulking silhouette remained on shelves for three years and earned cult acclaim before Nike pressured him into changing the design to avoid an infringement suit.

By 2013, high-fashion designers were still at arm's length from sneakers, and Owens began working with Adidas as part of a deal originally intended to last just one year. The partnership continued to be renewed year after year until 2017, by which time Nike would enlist Off-White for “The Ten” collection and spur an onslaught of luxury sneaker collabs. But along with Raf Simons, who began working with Adidas at the same time, Owens was well ahead of the trend.

After taking a four-year hiatus from sneaker collabs right when they blew up, fashion’s leading goth returned to the sector this year with Converse. Owens kicked things off with his new creative partner by turning the classic Chuck Taylor into a square-toed behemoth that would look right at home in a dungeon. And for his second act, he’s transformed the recently revived Weapon into a worthy successor of the unofficial “Owens Dunk.”

Having already worn and loved the revamped Weapon CX, which brings modern cushioning to the ‘80s basketball sneaker second only to the Air Jordan line, my expectations were already high for Owens’ remix of the remix. What I was not expecting, however, was for the sneaker to be so heavy — but being weighed down by my sneakers in a time when every other sneaker is going lighter only added to the charm.

Not since the Balenciaga Triple S have I worn such a hefty sneaker. Even though the DRKSHDW TURBOWPN utilizes the same lightweight CX foam as its source material, it feels as if the midsole is smuggling a lead brick. I unpacked by Triple S and put it on a scale in the name of science and was surprised to find out it’s actually lighter than Owens’ Weapon at 1 pound and 12.5 ounces for a single shoe. The DRKSHDW TURBOWPN: a whopping 2 pounds even.

Because you can actually live in the DRKSHDW TURBOWPN, rocking it won’t make you pay for your vanity.

Despite wearing the sneakers up and down stairs seeming as a suitable alternative to leg day at the gym, having them on foot is still more comfortable than they have any business being. Rocking them on a Friday night out as I traipsed from bar to bar, I logged two miles without a single complaint — something I often can’t say for other sneakers significantly less loaded.

Because you can actually live in the DRKSHDW TURBOWPN, rocking it won’t make you pay for your vanity. The premium pebbled leather is as gorgeous as it is satisfying to touch, while the extended platform midsole gives you nearly two inches of additional height while drawing eyes to your feet. Also a delight is the intentionally off-centered tongue that climbs towards the skies and makes sure the shoes stand out from your pants.

Perhaps the best quality of all for the DRKSHDW TURBOWPN, however, is its price. At just $200 the sneaker is only $30 more than Owens’ Chucks with far more premium materials and is roughly a fourth of the price of every sneaker he released with Adidas. So not only are you getting your money’s worth, but you’re also getting the most accessible entry point yet from one of the most groundbreaking designers of the last 30 years.

So far, I have only worn Owens’ Weapon with roomy black jeans and will probably stick to that formula forward. But I’m excited to see how other people with a more, say, Berghain-friendly wardrobe find ways to freak it. Even though the sneaker has already been out since the end of August, you can still track down a pair in your size if you browse through the likes of Ssense, Saks Fifth Avenue, or Farfetch.

Unless you’ve got patient and an archival fashion budget, you’ll likely never get your hands on the unsanctioned “Owens Dunk” in its original form. But now that Rick is in-house at Nike through its subsidiary Converse, the next best thing is right there for the taking.