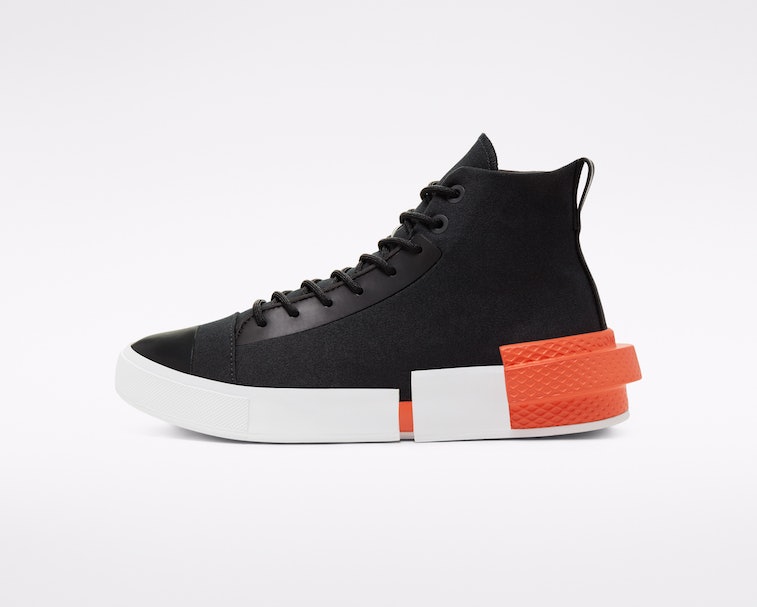 The Converse Chuck Taylor All-Stars have remained largely unchanged for over a century and yet still endure as one of the most popular sneakers around. Given the unprecedented run, it's hard to imagine Chucks ever falling off. The shoe doesn't need to change, and our grandkids will likely still find the same appeal to the tried-and-true formula. But that doesn't mean a worthy successor can't live alongside it.

Five years ago, the Chuck Taylor All-Stars II was the first major update to the shoe ever, but the changes were largely to the sole and didn't meaningfully change the iconic silhouette. Today, though, Converse announced an unprecedented overhaul of the Chuck Taylor as part of its new CX product series. Using the loose contours of the staple sneaker, the CX provides a full revamp with more modern materials and design cues. Most of what Converse is doing isn't new to the industry, but it's become standard enough that the brand needs to adapt in order to stay current. Three sneakers, all Chuck-inspired, will take on the mantle: the All Star Disrupt CX, Chuck Taylor Disrupt CX, and Chuck Taylor All Star CX.

Together with the genderless Shapes collection announced today, Converse is signaling a huge shift for the future. "We’ve always been a progressive brand, but as we enter a new decade we see an incredible opportunity to push the boundaries of our own design and product ethos,” Phil Russo, global VP of design & innovation, said in a release.

Spec talk — The essential changes come in the canvas upper and super comfy, lightweight cushioning. The CX Stretch Canvas is a new material that adapts to the wearer's feet and is easy to take on and off. Think of it as similar to Nike and Adidas' Flyknit and Primeknit, respectively. CX Foam will provide the comfort sneaker consumers have come to expect, as Adidas' Ultra Boost technology sparked Nike, Vans, and several other brands to follow suit with their own light-but-lush developments. For Converse, CX Foam pairs a single-density PolyUrethane insole along with a lightweight phylon midsole. Surrounding the two is a new rubber outsole designed to be more durable and flexible.

"CX allows Converse to deliver on both new expression and experience through the lens of comfort," Brandis Russell, VP of global footwear, said in a release. "In time, we plan to integrate its elements into every footwear product we make."

Modern optics — From an aesthetic perspective, the three sneakers should cast a wide net. The All Star Disrupt CX is a blockier, modern take on high tops, while the Chuck Taylor Disrupt CX is low-cut with a similar heel counter. The former, which is the only model Converse is showing for now, features a particularly striking concave on the sole. Finally, the Chuck Taylor All Star CX will be the most true to the original and utilize transparent foxing to show off the tech inside the sole.

First up — The All Star Disrupt CX will be the first to get a wide release on March 19 via Converse's site and select global retailers. But first, TakahiroMiyashita TheSoloist will release his spin on the shoe with all-black and all-white versions that'll drop March 12.