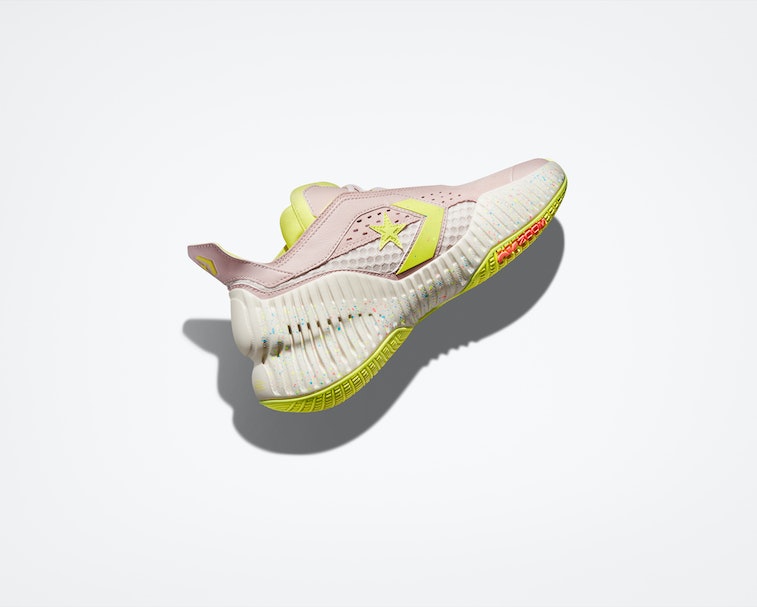 Converse’s latest basketball silhouette was built for the hardwood athletes, no matter what position they play. The All Star BB Prototype CX is the heritage brand’s first basketball model constructed with CX foam in the midsole, which itself just launched last year.

The proprietary CX foam, which has been used on more experimental sneakers, offers maximized impact absorption to withstand every step, jump, and turn on the court. Down below, dynamic traction ensures you’ll stay rooted to the grounded when you need to but spring at a moment’s notice when you don’t.

As part of a new lockdown system, higher sidewalls secure the wearer’s ankle in place to prevent rolling and injuries. It’s a bulky looking shoe, but the overall weight is actually cut thanks to a new coring design element. Even during a high-intensity game, efficient energy return is the priority. The webbing lacing system keeps the foot contained, and mesh padding adds some snugness.

Three on three — The sneaker will release in three court-ready color schemes. One is a clean, all-white version with red and black accents. The second has a more vibrant take with shades of beige and light pink on the upper, speckled midsoles, and lime green accents. In a moodier makeup, the third opts for a primarily black upper and sole with gold accents and Versace-like floral tongue.

Versatility, both in performance and character, is at the root of the Prototype CX’s design ethos to match the Converse athletes representing it. When speaking of its basketball roster in the press release, the brand gushed about its athletes, saying they “embody the prototype of this next-generation athlete who won’t be bucketed by their on-court attributes.” Like the athletes, Converse’s CX lifestyle-focused line isn’t just about what can be accomplished on and off the court.

Converse’s All Star BB Prototype CX sneaker will drop September 13 for a price yet to be announced on the brand’s website and select retailers. It’s probably not the first sneaker that comes to mind when you think of innovative basketball footwear, but it is a worthy competitor.