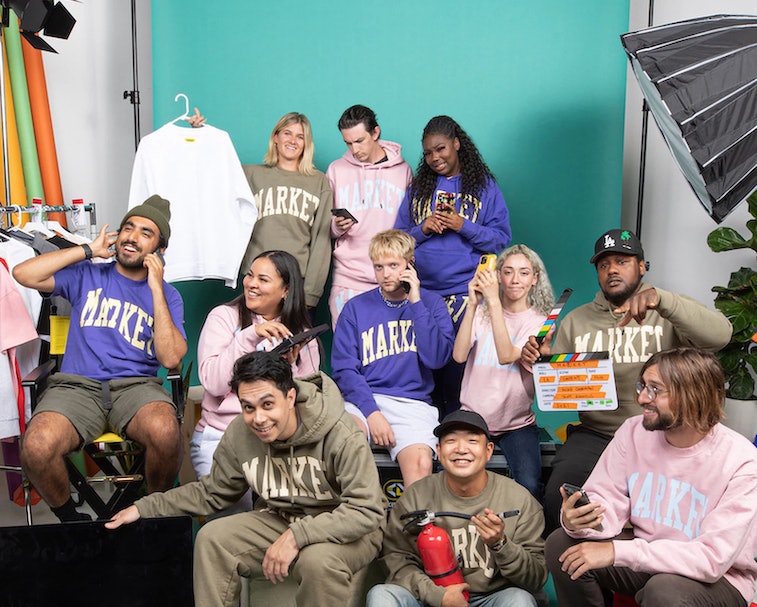 After pledging to change its brand name back in March, Chinatown Market has introduced its new label. “We are now MA®KET,” the brand wrote in an Instagram post, noting that its name could also be referred to as MARKET.

The name change comes after Chinatown Market received backlash for not representing or donating enough to the Asian community for which it was named. Consumers criticized the brand for its delayed response to recent racially motivated hate crimes against Asian people, as well as the fact that Chinatown Market had no prominent Asian employees.

Further bringing awareness to the issue, a Change.org petition calling for Chinatown Market to change its name gathered over 3,000 signatures. “The concept of Chinatown is not for sale, especially not by a white person who only uses the word Chinatown as a synonym for bootleg,” the petition description read, citing the brand’s roots in bootleg merchandise.

Time for change — In a statement issued in March, the streetwear brand — founded by Michael Cherman — acknowledged that the Asian American community had been “rightfully demanding” that the brand “think and act more,” particularly in light of recent violence against the AAPI community.

“Our name was inspired by the shops, people, and vibrance of Canal Street and Chinatown in New York, but it’s not our name to use,” the company said in its statement. “We did not do enough to consider what this name would mean to the communities in Chinatowns across the world and we need to take ownership of this mistake. It’s time to do the right thing and we are committed to being a part of the change.”

Rebranding — Graphics displayed on the brand’s styles remain the same as before, only now they bear the name MARKET or MA®KET. The company has also unveiled a new website — dubbed “MarketMarketMarket.com” — which carries the label’s usual branded hoodies, graphic tees, shorts, and sweatpants.

“We wanna thank each and every one of you for your patience and support throughout this journey,” MARKET wrote on Instagram. “Huge shoutout to everyone on the team and all the extended family for everything you did to get us here. We can’t wait to show you all the new products, content, and collaborations we’ve got planned for ya.”

Hopefully, the brand’s new projects include more than performative posts and graphic tees — in March, MARKET committed to not only change its name but to “create as much impact as possible.” The next few months will see just how big that impact will be.