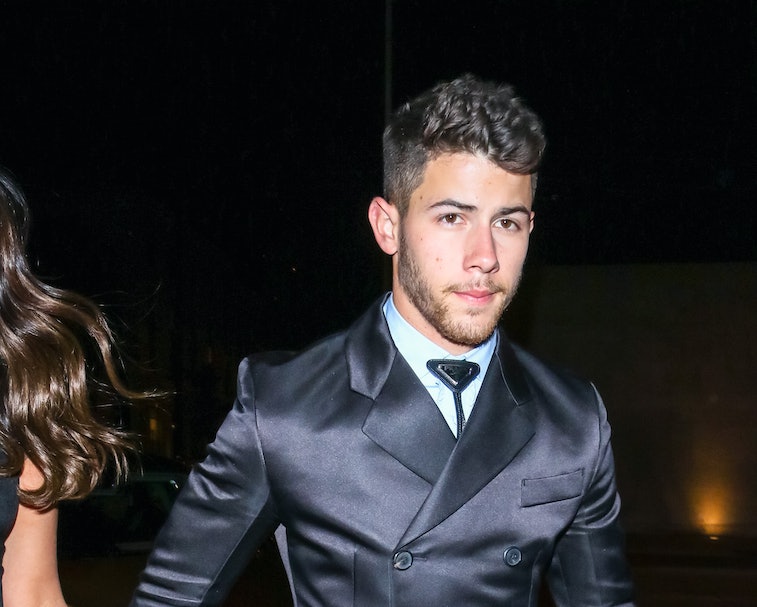 After Thanksgiving dinner last year, a group of friends and I went out for a night of karaoke. Ambitiously, I decided to take on Frank Ocean’s “Thinkin’ Bout You,” and I didn’t think I butchered the falsetto. Then a fellow patron, who I thought was friendly, bluntly told me, “You don’t have the range to do Frank Ocean.” It was a concise demolition of my soul, likely the hardest I’ve ever been owned. And yet here I am, back again to chase the success of the epochal singer, this time sartorially.

Ocean was announced as the new face of Prada last week, appearing in a short campaign video featuring three looks from the SS20 season. They’re all great, not only because the man has never seen a fit he doesn’t belong in, but also because Prada has been one of the leading voices of menswear over the past few years. Yet there’s one piece he wore that I can’t get out of my mind: the Prada bolo tie. I see it, I love it, and I must own it.

Rise of the bolo — Miuccia Prada’s take on the iconic piece of western wear went largely unnoticed at the Shanghai runway show last summer. That was until last week, when it appeared like a revelation not once but twice: first on Nick Jonas at the Golden Globes, then when Ocean did it even better. It’s a simple piece, almost obvious in how well it works. Prada’s classic enamel logo sits on a black triangular swatch of leather that slides across the leather cords. It fits naturally between the clavicles, so well that you wonder how Prada hasn’t done this piece before. It’s almost as if our bodies have evolved to wear it.

But what’s more astonishing is how modern it looks. Bolo ties are dated by their very nature. There’s nothing wrong with that — the most classic of bolo ties can still look great with a denim shirt, and cowboy attire is still having a moment. Prada’s offering is sleek, almost tactical. It’s flexible enough to work with Jonas’ (a-tad-too-snug) double-breasted suit or the more casual jacket and khaki combo worn by Ocean. I can’t wait to see what else can be done with it, so much so that I want to take on the challenge myself.

An ambitious purchase — It retails for $197, which is objectively a lot of money for a bolo tie… but also not a bad entry point for the world of Prada. By no means do I need it, and success is not ensured if I do decide to cop. So please, try to stop me. Try to convince me that I’ll fall on my ass attempting to reach for the mantle of Frank Ocean once again. I don’t think you can. The bolo tie ending up in my cart may be as inevitable as the sun engulfing our planet.

I just hope it’s not as destructive.