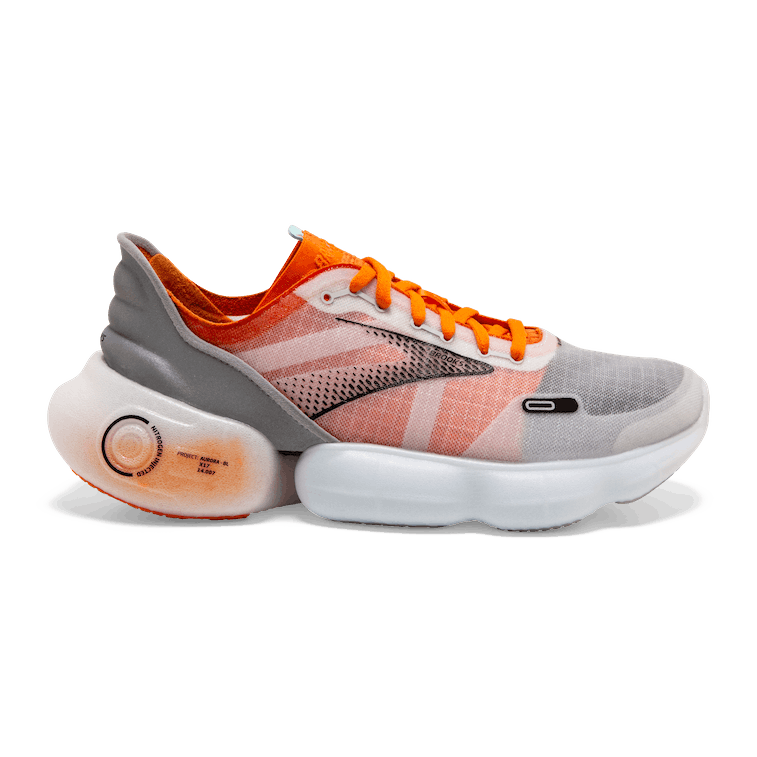 Unless you’re a hardcore runner, Brooks is likely a brand that falls under your radar. The U.S.-based company makes some of the best performing running sneakers you’ll find but is often hampered by underwhelming aesthetics. That’s why we’re stoked on its newest sneaker, which is just as sexy as anything you’d find from Nike or Adidas.

The Aurora-BL is a nitrogen-injected running shoe that trades in the humble dad shoe look for a futuristic appearance worthy of the tech it packs. Designers for Brooks took inspiration from space exploration and sought to create a gravity-defying sneaker you can wear right here on Earth.

To do so, they’ve launched nitrogen-injected DNA Loft v3 cushioning, which is softer, lighter, and more responsive than its predecessors. The now-decoupled midsole also allows the heel and forefoot to move independently of each other, while Glide Roll technology uses sculpting to foster smooth transitions for mile after mile.

We really love this book’s cover — As impressive as the Aurora-BL’s specs are, what we’re most excited about is getting a rare shoe from Brooks’ that’s good-looking enough to wear in everyday life. The brand is usually a go-to for dedicated runners who aren’t concerned with anything but performance, but that leaves sneakerheads out of the mix.

The decoupled midsole is immediately dynamic, and it’s matched by a multi-layered upper that makes use of translucent and gridded materials. Brooks’ logo is printed right on said upper, while embellishments on the heel highlight its use of nitrogen and make its ties to space more clear. While the Aurora-BL is being marketed as a limited-edition sneaker for runners, those with no plans to rack up miles should be enticed as well.

Dropping next month — Brooks will release the Aurora-BL on June 17 in a persimmon color scheme for men and coral for women. Its bonafides are matched by a $200 price tag, and the limited run may mean pairs sell out relatively quickly.

Should a wider launch not follow later, we just hope the Aurora-BL is a sign of more things to come from Brooks. The more diversely appealing the sneaker game is, the better.