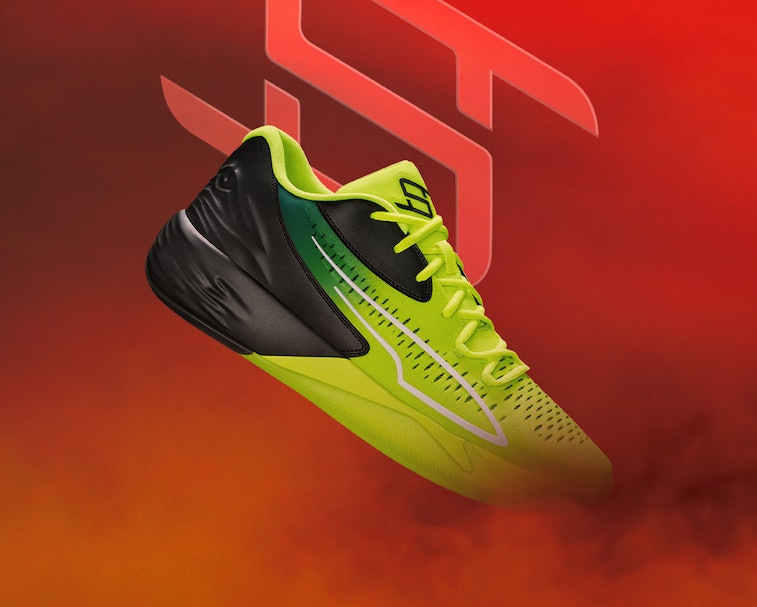 Puma is finally releasing the Stewie 1, the signature sneaker for Olympian and two-time WNBA MVP Breanna Stewart. The kicks, first worn by the Seattle Storm forward during the WNBA All-Star Game, are the league’s first signature sneakers to debut since Candace Parker’s in 2010.

After relaunching its basketball division in 2019, Puma committed to providing a more equal playing ground for female athletes, who are often overlooked in comparison to their male counterparts. The brand launched its Women’s Hoops division in 2021 and chose Stewart to spearhead its first women’s signature sneaker, a decision she saw as an opportunity for change in the sports industry. “I hope that [the Stewie 1] is the first in a legacy of signature sneakers to come for women athletes across all sports,” Stewart said in a press release. “[The Stewie 1] serves as inspiration for all young people that this, along with any achievement, is possible.”

Baller — Stewart’s sneaker is certainly hard to miss. A fluorescent green shade covers the front half of the shoe before giving way to molded black heels, which boast a flame graphic that melts into the midsole like ripples of water. The design pays tribute to Stewart’s lifelong athletic journey, nodding to both her high school team and her two Achilles tendon surgeries. The latter is depicted through scar graphics at the heels, complemented by the player’s logo on the tongue and insoles.

With a focus on female athletes, the Stewie 1 has been built to maximize performance while adapting to women’s anatomy. The sneaker is significantly sleeker than most men’s basketball silhouettes and provides targeted support through its multi-zoned monomesh layers. Breathable mesh dresses the upper as molded heel counters offer support and stability. Puma’s signature Nitro Foam cushioning also provides wearers with premium responsiveness and comfort.

Nothing but net — A highlight on the court and in WNBA history, the Stewie 1 is set to release on September 16. Pairs will be available at Puma’s website, the brand’s NYC flagship store, and at retailers including Dick’s Sporting Goods, with accompanying apparel pieces set to drop in October. Prices range from $35 to $140, and you’ll have to move fast to secure what you want.

Signature sneakers in the WNBA have been few and far between, but the Stewie 1 is already helping to pave the way for more. Last month, Nike announced it would give Washington Mystics player Elena Delle Donne her own signature shoe, the Air Deldon, while Adidas and Candace Parker are in the midst of readying their next sneaker together. Looks like the ball is finally entering the women’s court.