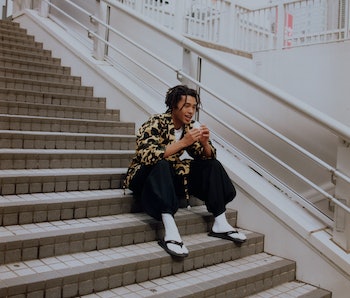 BAPE, in a bid for profit, is losing its streetwear credibility. Ten years after its founder Nigo sold 90 percent of his stake and left the brand, BAPE has gone from collaborating with Supreme and Kanye West to its most recent partnership with Havaianas, the Brazilian flip-flop brand. In more ways than one, BAPE has officially entered its flop era.

Input previously declared the beginning of said era last year, when the Japanese streetwear brand collaborated with Coach with no justification for the partnership other than profit. Projects launched alongside Amazon, Angry Birds, and Minions only further this income-focused idea. With its once-notorious streetwear integrity, BAPE could’ve collaborated with any brand — and it needs to realize its credibility holds more value than a quick profit.

BAPE is losing its exclusivity — Under Nigo’s leadership, BAPE was considered a prestigious streetwear influence, garnering support from icons like Pharrel, Kanye West, and Futura. But as the brand moves further from its exclusive image — seemingly partnering with any brand available — BAPE’s products are becoming less original and less desirable. If BAPE will work with anyone, why should consumers care?

Its newest collaboration with Havaianas sees BAPE’s APE logo plastered onto different flip-flops, catering only to those who are looking to show off the logo. Perhaps inspired by Supreme — another streetwear label famous for slapping its Box Logo on anything from Sea-Doo watercraft to mini-fridges — BAPE is looking to profit off its exclusive reputation.

The brand’s mountain of nonsense collaborations, however, has only watered down its appeal. At least with Supreme, most partnerships are justified with a story, giving a deeper meaning to its limited products besides their flashy branding.

Without offering a reason as to why its collaborative projects are made, BAPE is just another brand hoping to benefit from its past notoriety. Similar ‘00s streetwear staples like Von Dutch and Ed Hardy have been able to successfully relaunch — but that’s because they stayed true to their branding, rather than flooding the market with unnecessary products. Really, it would have been less work (and more profit) for BAPE had it just re-released its early designs, instead of offering its signature prints to anyone willing to pay a price.

Reshaping BAPE — Even BAPE’s own attempt to woo a new generation of shoppers has relied on redundant ideas. Its relaunch of APEE — its first young women’s collection initially introduced in 2006 by Nigo — looked more like PacSun than BAPE, offering trendy pieces like camo crop tops and leopard print mini skirts. And by treating the reborn label as a trend-follower and not a trend-starter, BAPE only blends in with current brands.

Versatility and originality are key for the label moving forward. Otherwise, BAPE will be buried by other upcoming streetwear brands bringing their own ideas to the market.