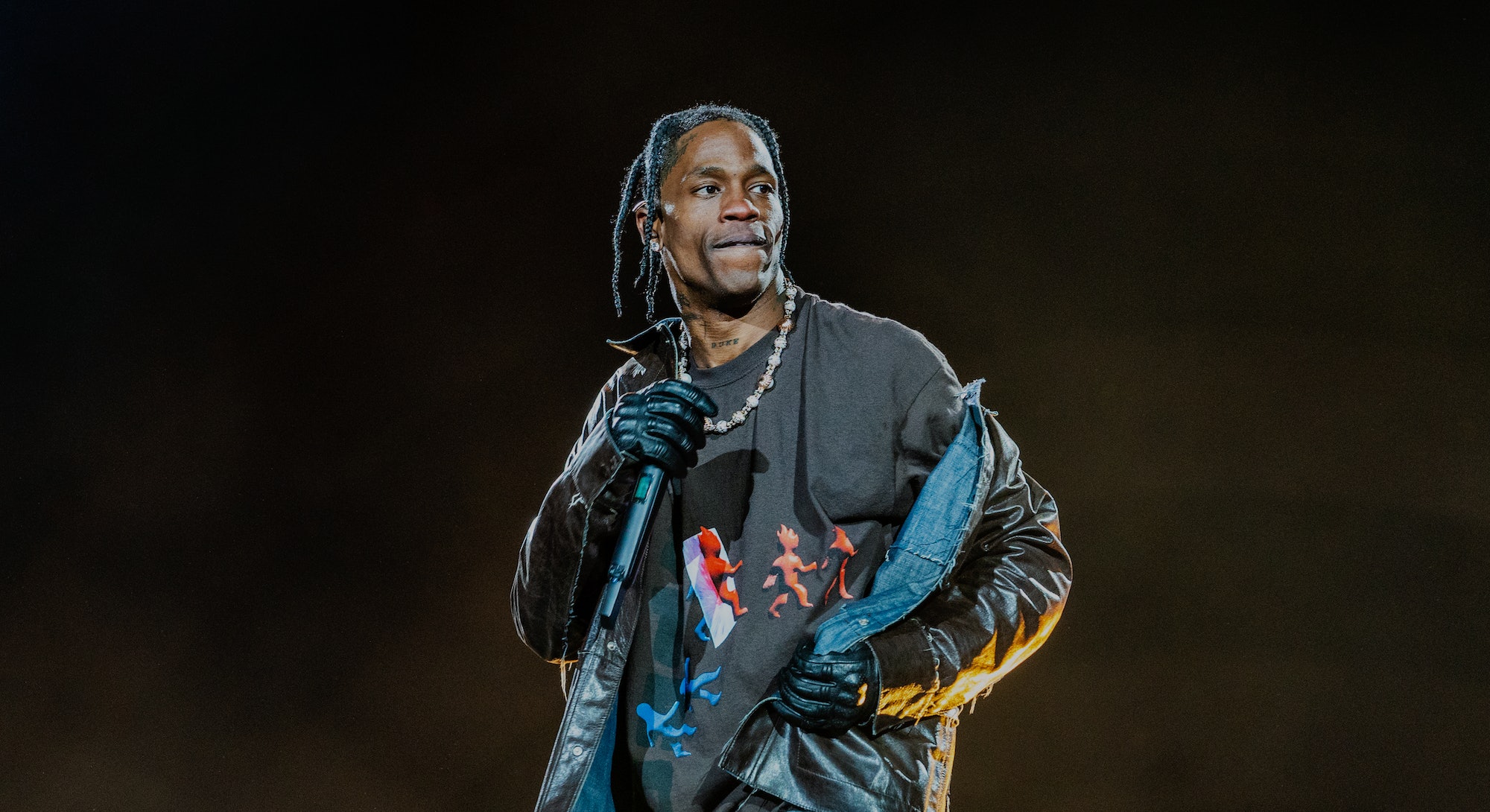 “The true dystopia is here,” reads the cover art of Travis Scott’s two new singles, both of which launched on the first (and consequently, only) day of the rapper’s Astroworld Festival.

Little did Scott — or any of us — know how much the declaration would define the night.

Since Astroworld, attendees have detailed the chaos inside: mass injuries from surging crowds; inescapable mosh pits leaving fans gasping for breath; screams for help drowned out by blaring music; nonchalant (and not enough) security measures. Over 50,000 fans attended Astroworld. Many left injured and traumatized, feeling lucky to have made it out.

Advertised for all ages, the event did not adhere to the protective measures typically found at other music festivals where minors are welcome. First-hand accounts mention that ticket holders did not have their bags searched — allowing nearly anything into the festival grounds — while scarce security personnel became overwhelmed by a stampede of people breaking into Astroworld earlier in the day. Alcohol was served without the checking of IDs, resulting in a crowd of “extremely plastered teens.” Poor planning, accompanied by Scott’s history of chaotic concerts, made the Astroworld tragedy inevitable.

Hundreds of attendees have spoken online about their injuries — physical and emotional — but most end their stories with something along the lines of “but I’m lucky to be alive.” After surging crowds suffocated the masses, and seemingly caused multiple cardiac arrests, over 300 people were treated for minor injuries, 17 were hospitalized, and eight people died. Currently, a 9-year-old who attended Astroworld is in a medically-induced coma, while those who passed away reportedly ranged from 14 to 27 years old.

Between the event organizers, venue, security management, fans, and Scott himself, it’s hard to pinpoint who exactly is to blame for the tragedy. Mounting lawsuits, however, have already named Astroworld coordinators, Scott, and fellow performer Drake. One filing describes the event as “preventable and predictable,” noting the festival’s lack of safety measures and Scott’s past encouragement of raging crowds.

Less than a week after Astroworld, Travis Scott has gone from a brand-deal-binging, larger-than-life rapper to one delivering lukewarm apologies (or rather, corporate damage control) via Instagram stories, mumbling and hiding his face. His entire career — music, fanbase, brand deals and all — has been rooted in ideas of nihilism, decadence, and self-destruction, all of which have seemingly shattered the Travis Scott hype complex. It also doesn’t help that, as The New York Post reports, he has a history of encouraging violence at his shows — and even bragging about unconscious people during his performances.

Scott’s name has been associated with Nike sneakers, McDonald’s meals, Fortnite, BAPE, Hot Wheels, Reese’s Puffs, Dior, and other collaborations too numerous to count. Travis Scott, Cactus Jack, La Flame, and other monikers are not just synonymous with the performer, but with a personal brand that has raked in millions of dollars, hype, and fans.

Even in the face of tragedy, his response is another corporate collaboration.

But now other names are affixed to Scott’s brand: John Hilgert; Franco Patino; Jacob Jurinek; Rudy Peña; Mirza Danish Baig; Brianna Rodriguez; Axel Acosta; Madison Dubiski. The eight lives lost at Astroworld are far more valuable than any other material item associated with Scott, and it’s hard to see how the rapper could move forward with any upcoming brand deals without disrespecting the victims. What do co-branded sneakers mean in comparison to people’s lives?

Travis, and most likely his public relations team, have tried their best to minimize damage to his brand. In a press release, Scott announced he would cover the funeral costs of the eight victims, while also providing mental health resources for all attendees. Through a partnership with BetterHelp, which doesn’t have the best reputation, Scott is offering a month’s worth of free online sessions with a licensed therapist. Even in the face of tragedy, his response is another corporate collaboration.

On TikTok, where Scott’s young followers allot most of their screen time, Astroworld attendees have shared their harrowing experiences, often shown alongside video evidence. Much more graphic — and frankly, horrifying — than the clips displayed by media outlets, the videos show people gasping for air, completely unconscious, or trampled by the masses. A written recollection of the festival describes the crowd as “a sinkhole of people; a floor of bodies,” while comments on a viral TikTok clip recount how, in order to escape the crowd at Astroworld, attendees had no choice but to step over others’ bodies.

As stories continue to be shared, many have speculated that more than eight deaths resulted from the festival. Others, in a bid to rationalize the tragedy, have accused Scott and Astroworld of demonic activity and satanism, pointing to the festival’s “see you on the other side” theme and occult advertising. No matter the theory or testament shared, however, TikTok users are collectively calling for Scott to be “canceled.” Broken vinyl records, burnt merch, and calls to stop listening to Travis on streaming platforms may foreshadow the rapper’s future.

Fortnite has already quietly removed a Scott-themed emote from its platform, while resale prices for the rapper’s Nike sneakers have collectively lowered — perhaps a coincidence, but perhaps not. Fans and brands alike are distancing themselves from the Travis Scott brand, which now doesn’t seem as desirable as before.

Still, Nike — undoubtedly Scott’s most profitable collaborator — has Cactus Jack Air Max 1 shoes listed on SNKRS, scheduled to release on December 16. The company also has ten other co-branded sneakers in the works with Scott; whether they’ll actually come to fruition is still unclear. And as lawsuits build against the rapper and the Astroworld crew — 34 have been filed so far, the Houston Chronicle reports — Nike and other Scott-adjacent brands won’t be able to market Travis’s name like they could before.

Why people rally behind Scott’s music, festivals, and co-branded goods has been flawed. It’s clear now that not everyone who attended Astroworld came to share an experience with a like-minded community; some came for the hype. Astroworld was a chance to get a pair of sneakers equivalent to an investment; a chance to flex on social media; a chance to take home exclusive merch to later sell at an eye-watering markup. Now that all of that is gone — overshadowed by the tragic events of Astroworld — Travis Scott will be nearly impossible to sell.