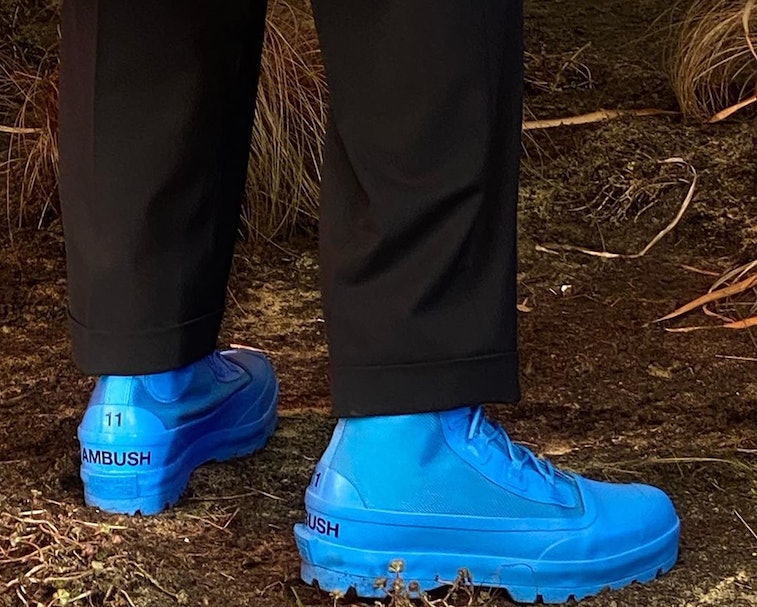 Duck boots are almost a necessary evil. While supremely functional, they’re also reliably ugly. Wearing them is an exercise in sacrificing form for function, which I myself am too vain and stubborn to do. That’s why I’m ecstatic about this new offering from Ambush and Converse.

Designer Yoon Ahn unveiled her latest collaboration with the Boston footwear brand while shooting her FW20 campaign. The result is a powder blue duck boot reminiscent of her Chuck Hi 70.

In effect, they’re weatherized sneakers, doing away with leaky seams while increasing the toe cap and adding a heavier tread to the outsole. The total tonal blue treatment is just as bold as the classic yellow jawnz but much more beautiful. Ambush branding on the heel, as well as the given sneaker size, serve as another reminder that these are far from basic.

When will they splash? — Ahn says the sneakers will arrive later in the fall, which means you can count them out for this year’s spring showers. Her Chucks were priced at $180, so expect these to come in around the same price.