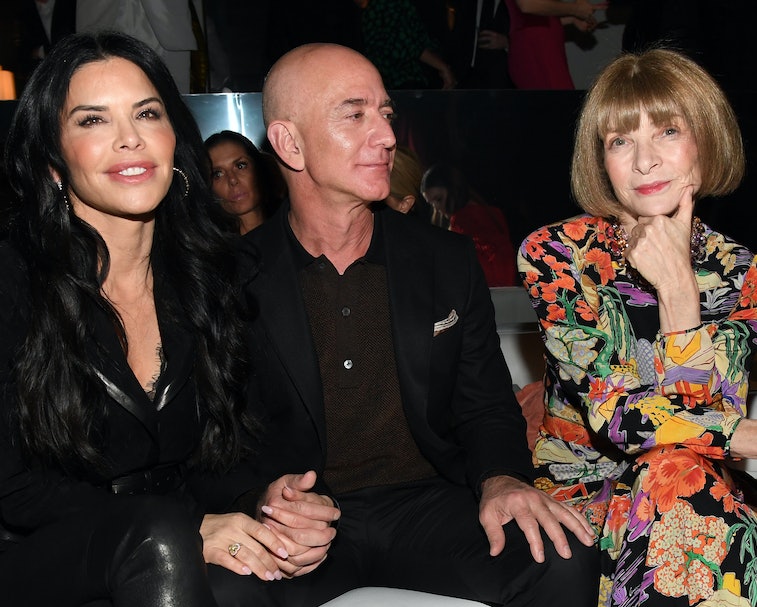 Luxury goods aren't exactly flying off the shelves during the pandemic, but Amazon is still moving forward with a new luxury commerce platform. The site is set to launch in September to coincide with fashion weeks, with a dozen accessory and ready-to-wear labels, Women's Wear Daily reports. To promote it, Amazon will embark on a $100 million marketing campaign.

Amazon's new platform will initially launch in the United States, and a new warehouse is being built in Arizona to accommodate it. It was originally set for unveiling in Spring but was pushed back due to COVID-19.

Luxury... now? — While Amazon is still thriving enough for Jeff Bezos to become the world's first $200 billion man, the luxury market is struggling across the board. LVMH — the luxury conglomerate that includes Louis Vuitton, Christian Dior, and Fenti — reported its profits falling 68 percent during the first half of the year. And after the worst quarter on record, the Kering Group — which includes Gucci and Saint Laurent — saw its profit fall 63 percent for the first six months of 2020.

Amazon is likely banking on the luxury sector eventually recovering, but it's hard to imagine this platform bearing fruit any time soon — especially if it's spending $100 million to promote it. But then, Amazon is notorious for playing the long game, investing heavily upfront in ventures it only expects to be profitable years down the line, by which time it's hard for rivals to catch up.

The brands will have a lot of say — Each of the brands involved, which is due to include labels from the U.S. and Europe, will operate their own concessions through the platform similar to Farfetch. This means they'll have full control over the appearance of the marketplace, as well as deciding when items will be marked down. They'll also have full access to Amazon's robust delivery platform — so perhaps we'll see next day shipping on, say, a Louis Vuitton bag.

Amazon also has plans to work on film and streaming projects with its brand partners, so get ready for the hot content.