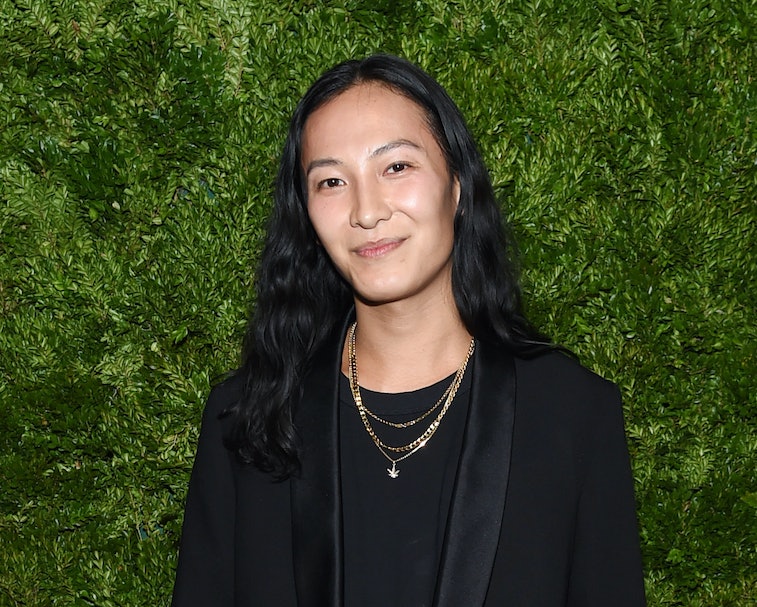 Designer Alexander Wang, whose work is often seen on the likes of Bella Hadid and Kendall Jenner, recently found himself in the headlines for far less desirable reasons. Wang is facing multiple sexual assault allegations, with victims taking to TikTok, Instagram, and Twitter, to detail the designer’s reportedly predatory and substance-fueled behavior.

Allegations were first made by model Owen Mooney in a series of TikToks, describing a 2017 incident where he was groped by Wang in a packed NYC nightclub. Mooney’s account went viral after being shared on Instagram by Shit Model Management (SMM) and later, fashion hall monitor Diet Prada.

Foul fashion — Anonymous individuals with similar stories — both personal and anecdotal — have since come forward, either replying to SMM or Diet Prada’s Instagram posts and stories. The allegations range from Wang groping the individual to Wang drugging or forcing party-goers to get drunk and go to “after-parties” with him. There are also repeat allegations of victims, including several trans women, being groped or having their bodies or genitals exposed by Wang. Many accounts say Wang slipped them MDMA without their knowledge.

"Anything goes" — Diet Prada outlines in its post that Wang, a notorious party-goer himself, has built his brand on an “anything goes” mentality. The designer has created “walk of shame” inspired campaigns and often reflects hard partying in his collections, which featured headbands emblazoned with “Wangover” and “Party Animal” in SS18. In 2017, Wang made R. Kelly one of the faces of his SS17 campaign, despite the numerous assault allegations against the musician.

In late 2019, rapper and former Wang muse Azealia Banks shared anonymous accounts she had been sent on her Instagram stories, and while the originals have been deleted, the screenshots still circulate on Twitter. A quick Twitter search, in fact, yields many more tweets detailing similar behavior from the designer, some dating back several years. Though still just allegations at this point, the sheer number of stories against Wang is telling.

Hold accountable — Shit Model Management pointed out that male model's stories are often not given enough attention, while Mooney shared some of the backlash he’s already received. “This is why people are worried to share their stories of sexual predators,” he captioned a story, showing a comment accusing him of ousting Wang in an attempt to “gain clout.”

As Diet Prada puts it, Wang is a “darling of the industry with multiple accolades,” but he’s entered a new age of accountability. The designer is now the latest in a growing number of influential fashion and entertainment personalities that have been exposed online, as victims continue to bravely step forward with their stories.