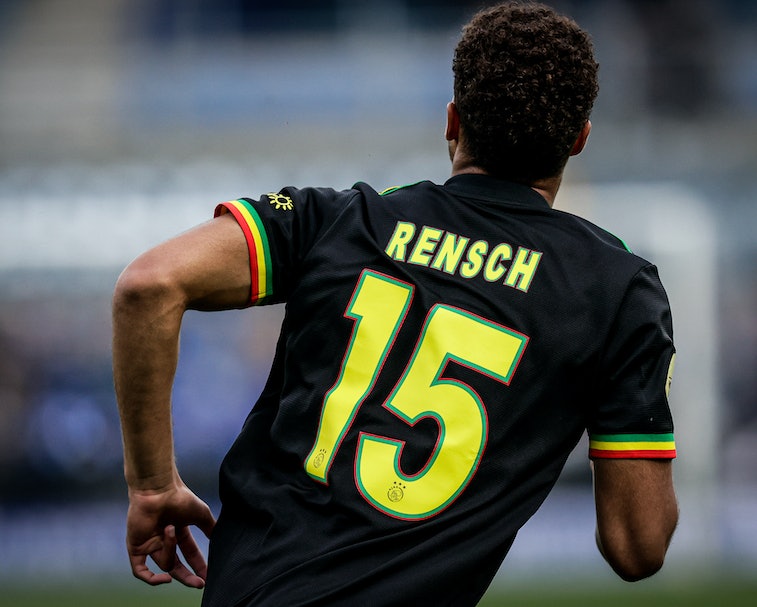 Ajax’s Bob Marley-inspired jerseys were such a hit that the Dutch club’s website crashed when they went on sale, but it turns out that UEFA isn’t so big of a fan.

European soccer’s governing body cracked down on Ajax’s original design featuring a motif of three birds beneath the back collar. The graphic was a nod to Marley’s song, “Three Little Birds,” which Ajax had played over the loudspeakers while fans were told to remain in stands after a 2008 friendly. Ajax fans now sing the reggae classic during every match, but UEFA banned the mark because it doesn’t fit uniform regulations.

“The European Football Association sees it as a different expression than the club logo, logo clothing sponsor or sleeve sponsor,” Ajax said in a statement. “Other expressions are not allowed.”

This isn’t the first Marley jersey pulled — Another kit inspired by Marley, a noted soccer fan during his life, was previously made with fraught results. Bohemian F.C., the oldest Ireland club in continuous existence, unveiled a jersey with Marley’s face to be worn for the 2019 season. The club obtained the image from a third party, but representatives for the late singer had the kit blocked from use because it wasn’t granted official rights.

Bob Marley’s son, Ky-Mani, had told BBC prior to the ban that he thought it was “the dopest shirt I've ever seen” — but that wasn’t enough to save it. Bohemian F.C. had made the shirt available for pre-order, but delivery wasn’t fulfilled prior to it being shelved.

The family was also a fan of Ajax’s tribute, with Cedella Marley saying: “I am beyond touched that Ajax has taken Three Little Birds and made it their anthem. Stories like this warm my heart and show how impactful songs like Three Little Birds can be. Soccer was everything to my father and to use his words, ‘football is freedom.’”

Leave it to UEFA to kill three birds and one small source of joy with one harsh ruling.